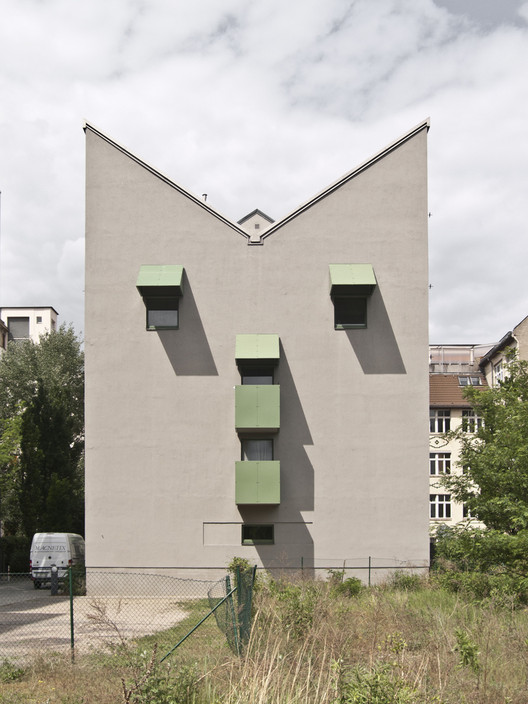 Text description provided by the architects. In April of 2010 the architecture community gathered to protect one of the many at risk postmodern buildings of the 1980s.

The new owners of the Kreuzberg Tower by John Hejduk drew negative attention from notable architects when they began altering the building’s façade. The Kreuzberg Tower’s façade has now been restored, and the attention it received reflects on its postmodern history, and the prominence of its important designer.

Hejduk began his career at the Cooper Union for the Advancement of Science and Art where he later served as dean from 1972 to 2000. The revered architect and artist built very few buildings, and is most recognized for his written, academic, and theoretical contributions to architecture.

He was a member of both the New York Five and The Texas Rangers, and wrote poetry as well as theory. The Kreuzberg Tower is a rare example of his built work.

The Kreuzberg Tower was part of the 1987 International BauAufstellung (IBA) Program. The German program continues to support innovative architecture and design through built and unbuilt projects. In 1987 the IBA invited noted architects and designers to envision new low and middle income housing for West Berlin.

Hejduk’s project is composed of a 14 story tower with two separate 5 story wings. The neutral colored tower and wings feature green geometric shapes attached to the facades. These extrusions serve as balconies and sun shades for the low income housing units.

Proposed refurbishment by the owners had included changes such as removal of the sun shades and expanding the balconies.

The negative attention produced by the architecture community halted the changes and encouraged a reconsideration of the importance of the building. Instead of the initial changes, a full renovation is planned for the Kreuzberg Tower, including the surrounding gardens, which were designed but never realized.

Today the Kreuzberg Tower is protected by the government with a clause stating that plans to alter it must be considered by the city’s building department and appropriate historians, as well as all of the 1987 IBA buildings.

This total reversal is thanks to the outspoken architecture community, and the recognition and response by the city for a unique building and its influential pedagogue designer. 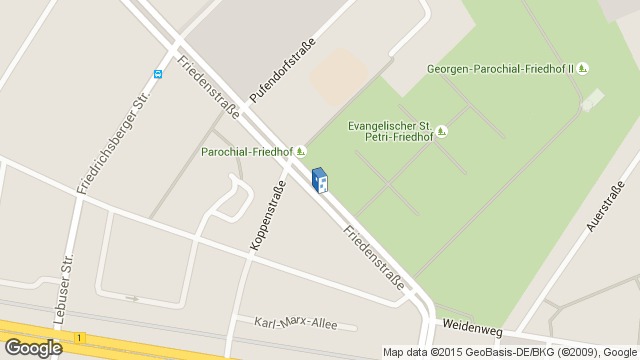