Photographer Kris Provoost has captured new images of Herzog & de Meuron's M+ Museum in Hong Kong. Focusing on 20th and 21st century art, design, architecture and moving image, M+ will be the centerpiece of the West Kowloon Cultural District, and a key venue in creating interdisciplinary exchange between the visual arts and the performing arts in Asia. 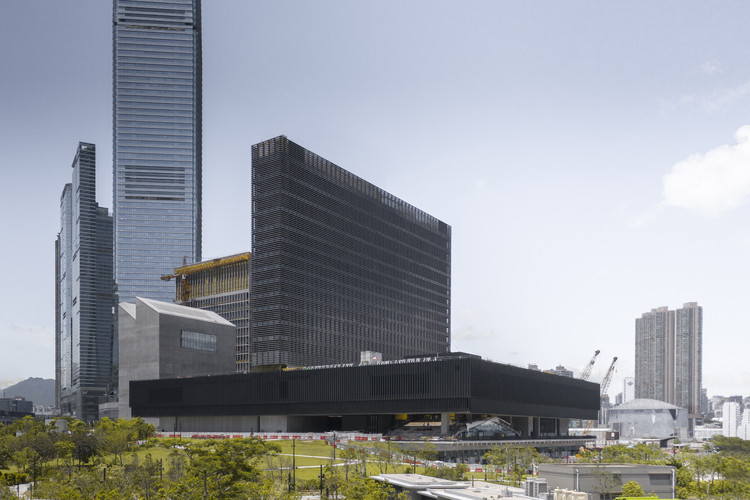 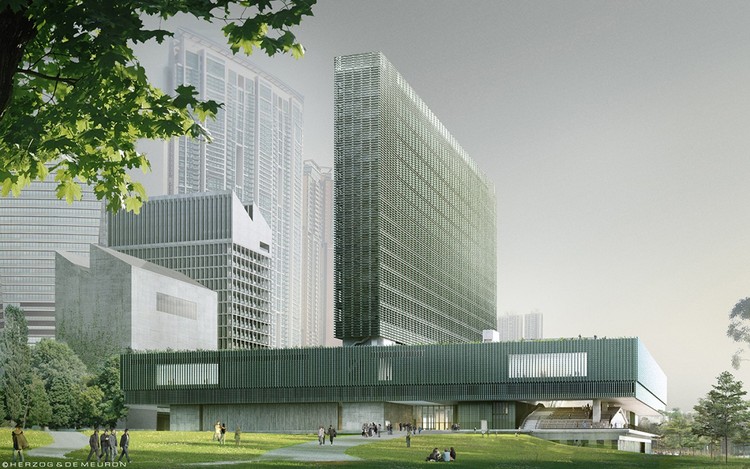 Architect and photographer Kris Provoost recently captured new photos of Aedas and Andrew Bromberg’s West Kowloon HSR Station in Hong Kong. Provoost lives and works in Shanghai, and his new series of photographs show how visitors are brought into the heart of Hong Kong as the majestic structure overlooks Victoria Harbor. Integrating abundant green space and different viewing platforms, the project creates an urban park in the midst of Hong Kong's city center. 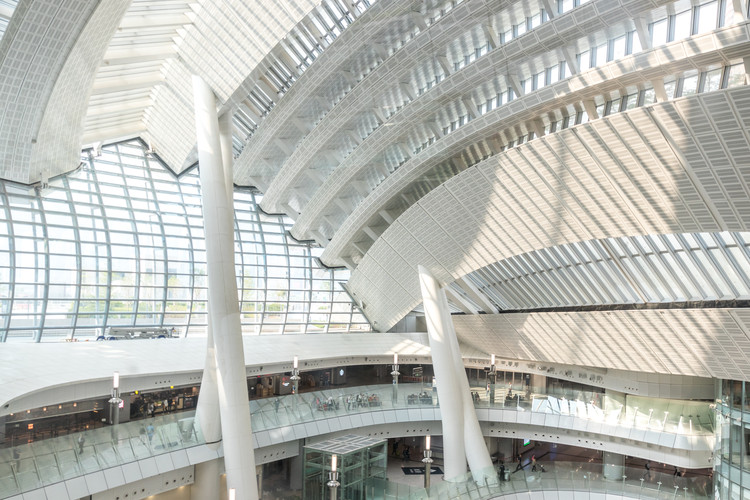 The West Kowloon Cultural District Authority (WKCDA) has announced the winning design for the inaugural Hong Kong Young Architects and Designers Competition. The competition asked local architects and designers emerging in their careers to design a "temporary pavilion that promotes sustainability and addresses economic and natural resources." The winning design, titled Growing Up, by New Office Works is a timber pavilion that sits on the waterfront in Nursery Park at West Kowloon. Paul Tse Yi-pong and Evelyn Ting Huei-chung from New Office Works will serve as Design Advisors with the project set to open in fall 2018. 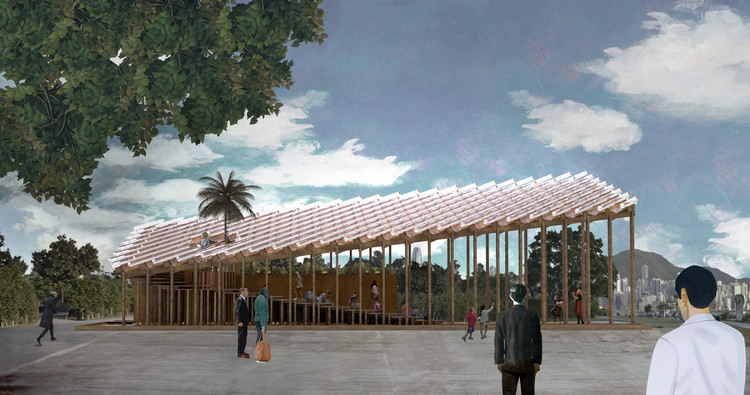 The West Kowloon Cultural District Authority has selected UNStudio, in collaboration with AD+RG, to design its fifth major arts venue, the Lyric Theatre, which will sit alongside Herzog & de Meuron's planned M+ arts venue at the Western end of the Cultural District. The 1,200-seat theatre will be Hong Kong's first world class dance performance venue for ballet, contemporary and Chinese dance. It will also temporarily serve as a venue for drama, opera and musical performances during the construction of the other venues in West Kowloon Cultural District.

Read on after the break for more on the West Kowloon Cultural District and UNStudio's appointment.

A major competition for a 40ha waterfront park in Hong Kong has been scrapped by the West Kowloon Cultural District Authority (WKCDA). Thus, Foster + Partners' competition-winning City Park will be abandoned, despite its potential to transform the Victoria Harbour's reclaimed edge into an important Asian hub for artistic exchange.

Read on to find out why the WKCDA has called it quits.

The emergence of China on the global economic stage has been discussed at nauseum in myriad publications. But this emergence has had an impact on the world of architecture, providing a testing ground where architects can experiment with new ideas about sustainability and urban growth. These new ideas have been realized in recently completed structures, and more are just beginning construction or have been proposed for the future. More on these new buildings after the break.