Originally a dockyard, the land for the park has been reclaimed and will be integrated with several new cultural venues, including the Xiqu Center, Lyric Theatre and Herzog & de Meuron’s planned M+ arts venue. The park itself will serve as an outdoor venue for the cultural hub, as well as a tranquil retreat from the bustling urban life of Hong Kong.

The design seeks to create an environment that simultaneously connects visitors to the cultural activity of the surrounding area, while providing a space for recreation and relaxation. Cultural attractions will include large-scale outdoor sculpture gardens and installations curated by M+, in addition to open-air performance spaces for music, dance and theater. The designers have incorporated topographic variations in the landscape, bike paths, and shaded areas to encourage a natural balance between recreation and cultural activity.

Acting as a pedestrian extension of the main Avenue that runs through the center of the district, the cultural boulevard will connect three new outdoor facilities. These outdoor venues include an Arts Pavilion to serve as a small-scale exhibition space, an outdoor stage and black box theatre, and two large lawns for outdoor festivals and concerts.

The Park is scheduled to be opened in several phases, beginning in 2015. 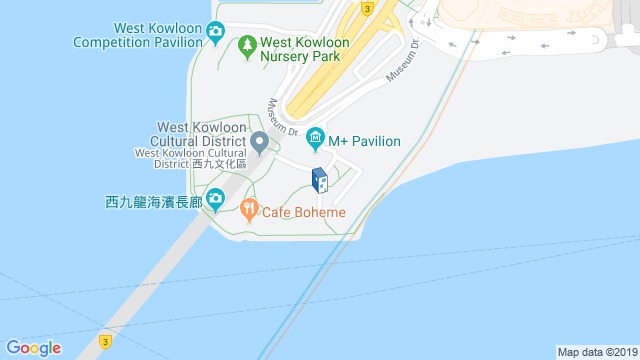