The latest in his high-altitude "AIR" series, Pulitzer Prize-winning photographer Vincent Laforet has captured the sprawling city of Los Angeles at night from a dizzying 10,000 feet. First starting this "dream project" in his hometown of New York then Las Vegas and San Francisco, AIR is taking Laforet worldwide with upcoming visits planned for London, Paris, Tokyo and more.

Preview a stunning selection of Laforet's Los Angeles series, after the break. 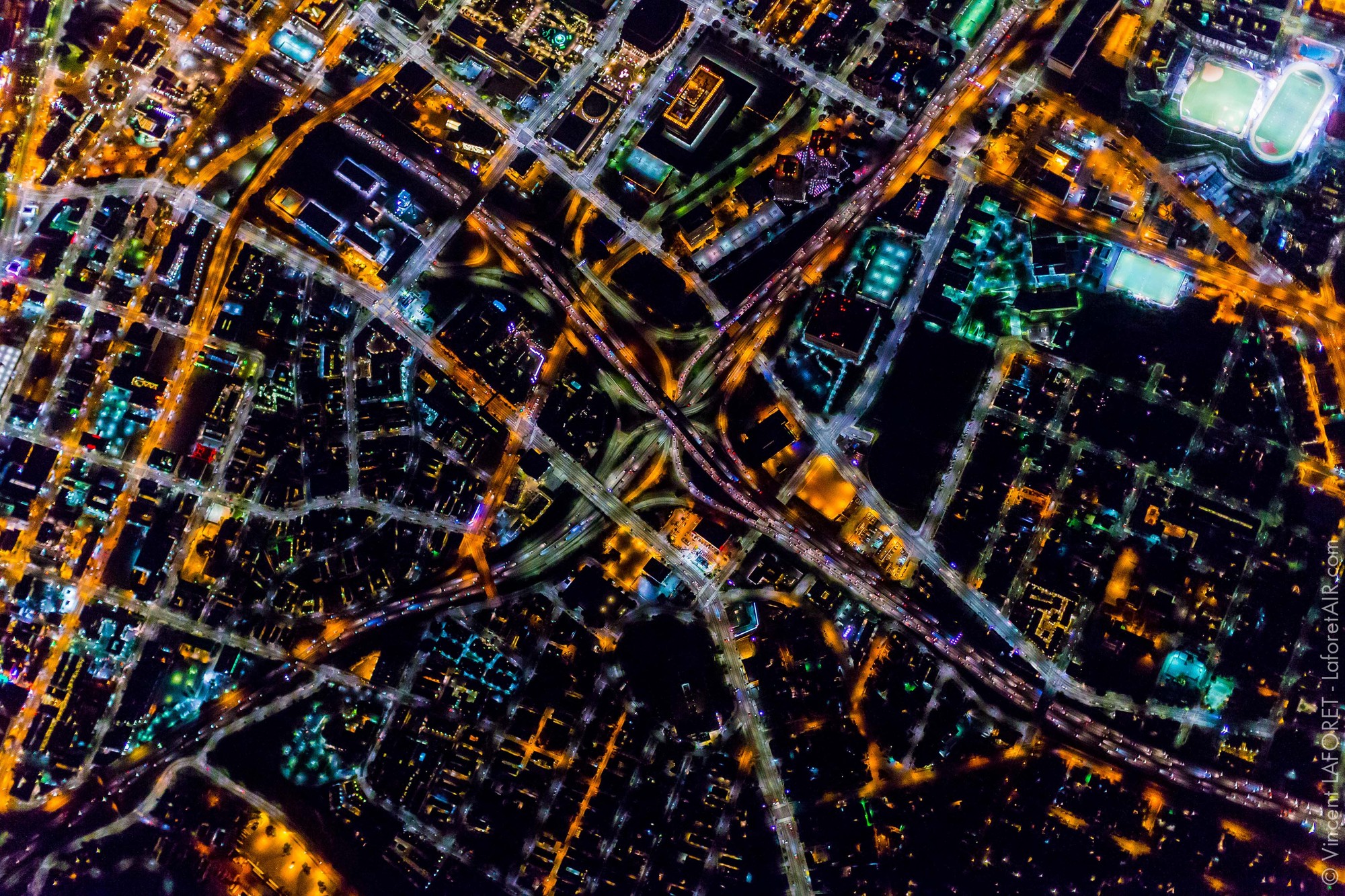 Pulitzer Prize-winning photographer Vincent Laforet has made his way to San Francisco as part three of his dizzying series of city aerials. Capturing the tightly packed metropolis from 7,200-feet, Laforet became mesmerized by the city’s “clashing grids,” stunning bridges and overwhelming feeling of “peace and order.”

“There’s just something about this city’s vibe - a perfect balance between the hectic go-getter pace of New York and the more relaxed, laissez-faire rhythm of Los Angeles,” says Laforet. “It feels like every little piece of the puzzle has somehow found its place in what is an absolutely chaotic topography.”

See a selection of Laforet’s San Francisco series, after the break. 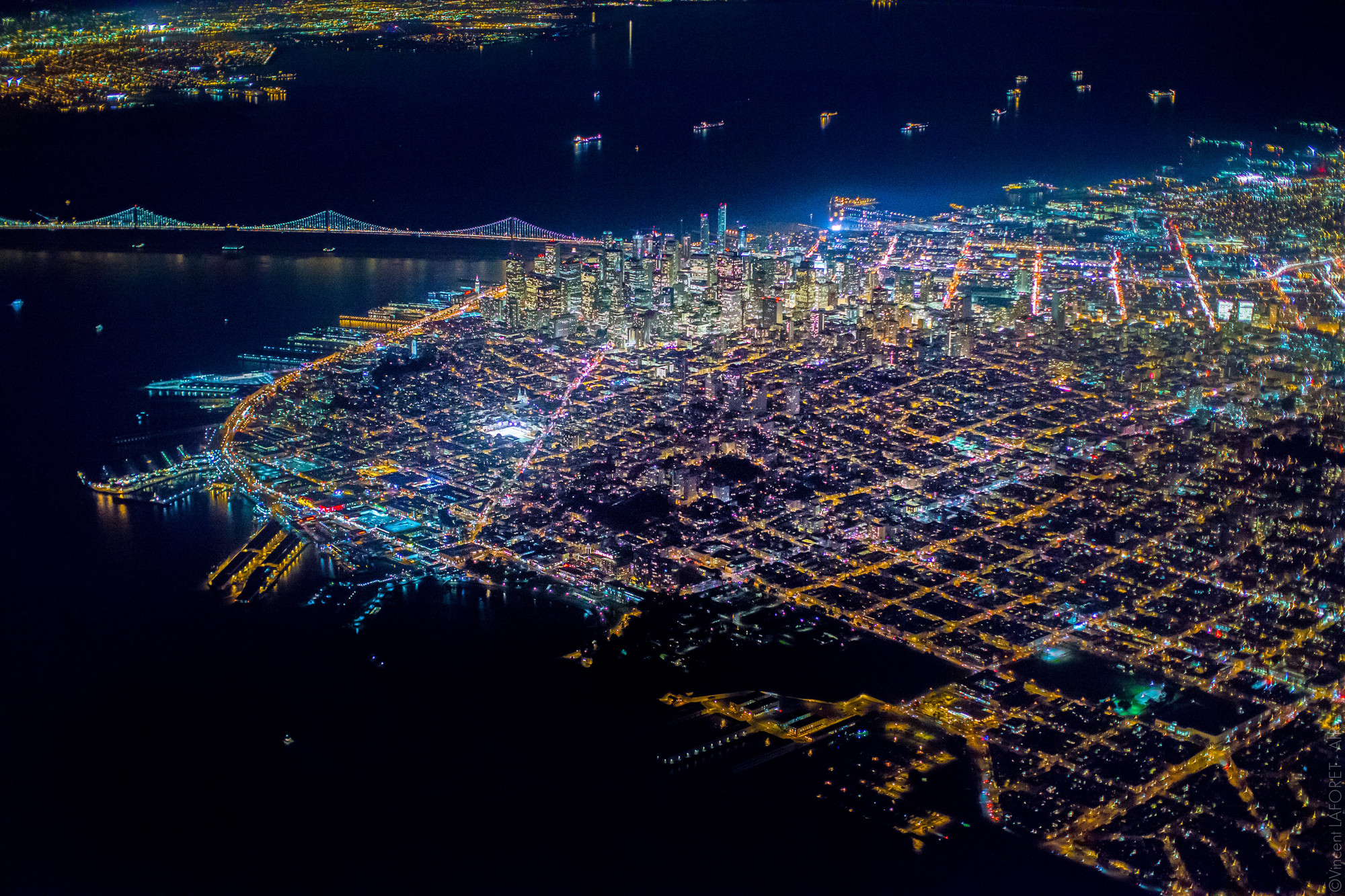 Vincent Laforet is at it again, this time photographing Nevada’s Sin City from an elevation of 10,800 feet (8,799 feet above the city). Part two of Laforet’s dizzying series of city aerials, the Pulitzer Prize-winning photographer was drawn to desert city of Las Vegas because of its “island” effect.

“Just like the island of Manhattan that started this series, Vegas is an "Island of Light" in the middle of nothingness… A sea of black with an amazing source of light emanating from Vegas and its infamous strip… You can almost see the electricity running through it.”

A collection of "Sin City" images, after the break.

Something he has “dreamed of capturing for decades,” Pulitzer Prize-winning photographer Vincent Laforet has released a stunning set of images that captures his hometown of New York in a way that has never before been seen. Taken from a nauseating 7500-feet above the city, Laforet’s “Gotham 7.5K” series reveals the unrelenting, pulsating energy that radiates from the Big Apple’s city grid.

All the images and the making-of video, after the break. 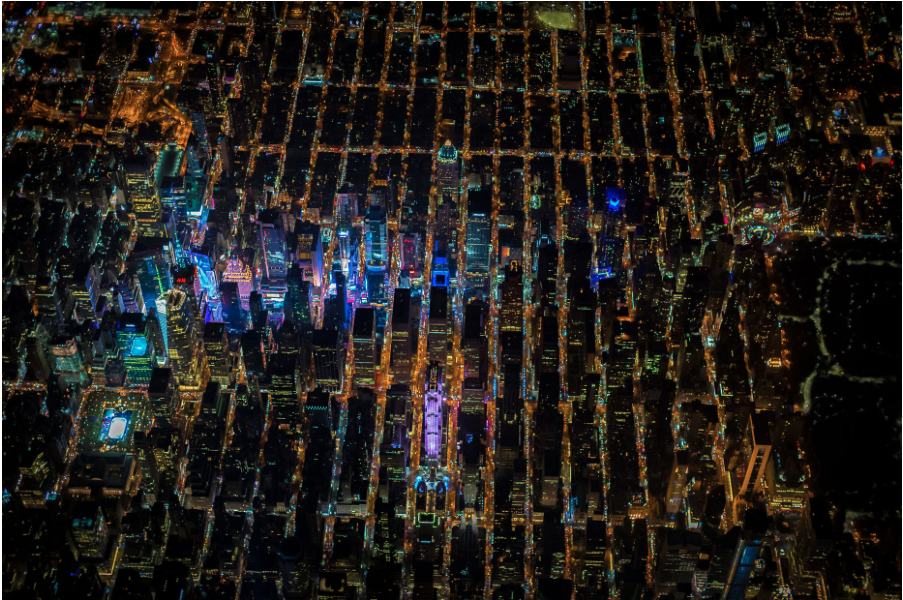