Tokyo 2020: The Latest Architecture and News 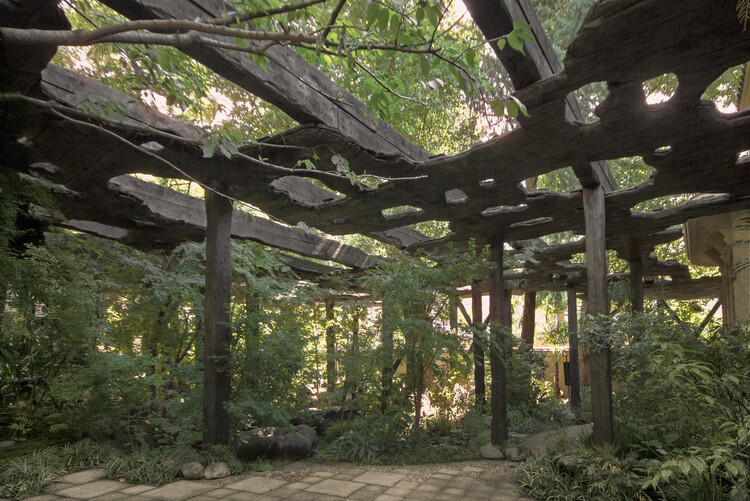 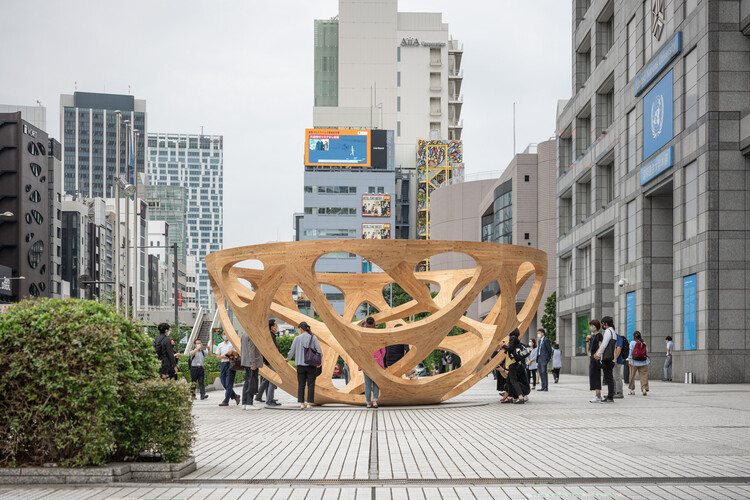 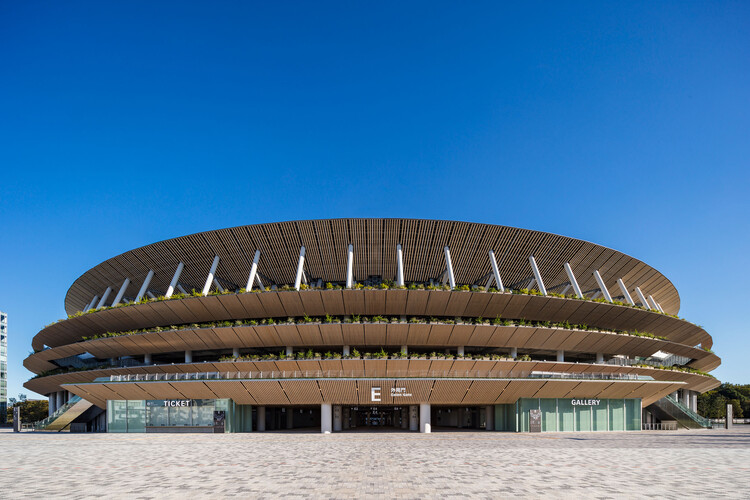 Olympic Urbanism: The Afterlife of Olympic Parks and Stadiums

Can Anyone Win in Architecture Criticism? An Appeal for a "New Sincerity"

In the mid-1980s, after literature had long been held hostage by postmodernist irony and cynicism, a new wave of authors called for an end to negativity, promoting a "new sincerity" for fiction. Gaining momentum into the 1990s, the movement reached a pinnacle in 1993 when, in his essay E Unibus Pluram: Television and U.S. Fiction, pop-culture seer David Foster Wallace, a proponent of this "new sincerity," made the following call to action: “The next real literary ‘rebels’ in this country might well emerge as some weird bunch of anti-rebels, born oglers who dare somehow to back away from ironic watching, who have the childish gall actually to endorse and instantiate single-entendre principles... These anti-rebels would be outdated, of course, before they even started. Dead on the page. Too sincere. Clearly repressed. Backward, quaint, naive, anachronistic. Maybe that’ll be the point. Maybe that’s why they’ll be the next real rebels. Real rebels, as far as I can see, risk disapproval. The old postmodern insurgents risked the gasp and squeal: shock, disgust, outrage, censorship, accusations of socialism, anarchism, nihilism. Today’s risks are different. The new rebels might be artists willing to risk the yawn, the rolled eyes, the cool smile, the nudged ribs, the parody of gifted ironists, the ‘Oh how banal.'"

Architecture, ever in debt to the styles and ideas of other art forms, could learn a thing or two now from the resuscitation of American fiction at the turn of the millennium. It too is enduring an identity crisis, mired by pessimism and uncertainty - a reality made painfully clear this past January when a New York Times Op-Ed by Steven Bingler and Martin C. Pedersen, How to Rebuild Architecture, divided camps and made the design world fume. In the editorial, the authors spoke vehemently of an architectural profession that has become mired by egos and been disconnected from public needs. Things quickly got ugly, critics wrestled with critics and subsequently the public got involved. What no one seemed to take into account is that this type of hounding is at the core of the problem. In its current landscape the discipline has struggled with its past, been deferential to its present, and wrestled with the uncertainty of its future. In a moment when we have become addicted to despondency, can anyone win?

Zaha Hadid Architects are no longer the architects of the New National Stadium, Tokyo's headline venue for the 2020 Olympic Games. You probably already knew - ZHA have been making quite a fuss about it, with a 1,400-word statement released last month and a 23-minute video released yesterday, both arguing that scrapping their design is a bad idea.

Clearly, brevity is not one of ZHA's strong suits, so for those who don't have 30-plus minutes to chew their way through both video and statement, the basics are as follows: the official reason given by the Japanese government for scrapping the stadium has been the rising costs of the design. ZHA have countered this complaint by saying that the rising costs are not a result of their design but of an uncompetitive tender process for the construction, and of skyrocketing construction prices across the whole of Tokyo. They add that by starting the project from scratch, Japan risks overshooting their 2020 deadline for the Olympic venue.

An extra complication is added by the widespread public dislike of the stadium's design, scale and location - most notably coming in the form of a petition led by Fumihiko Maki and Toyo Ito - which has caused some to speculate that Japan's Prime Minister Shinzo Abe is secretly bowing to political pressure. In response, ZHA's video emphasized the features of the design which were either required by the brief or an attempt to respond to the context, in an attempt to absolve themselves from blame.

However, with the decision to start anew now over a month old, the question remains: will ZHA's attempts to win back the project be enough? More importantly, should this campaign be taken seriously? 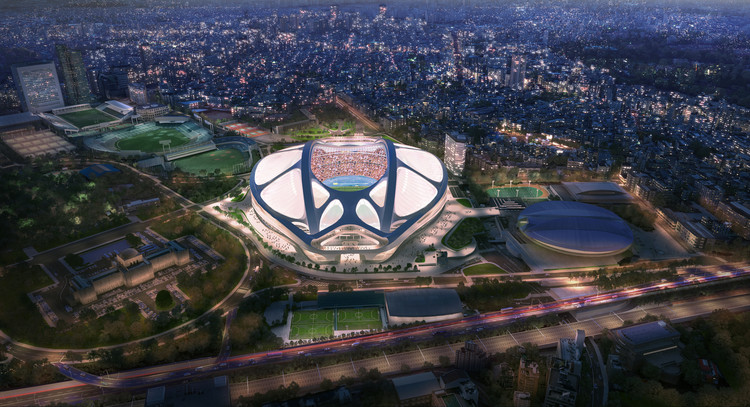 Following the news earlier this month that their design for Tokyo's 2022 Olympics stadium would be scrapped, Zaha Hadid Architects have released a comprehensive statement about the project's cancellation. Despite the many critics of the project's design - including Toyo Ito and Fumihiko Maki - it was ultimately the project's increasing costs that sparked its demise. However, the 1400-word statement from ZHA attempts to put distance between the firm and the claim by the Japan Sport Council (JSC) that much of the increase in costs was due to a complex design, instead arguing that "At every stage over the two years of development, the design and budget estimates were approved by the JSC" and adding a number of times that "ZHA worked proactively to reduce the estimated cost throughout."

Read on after the break to find out where ZHA pins the blame for the cost increases and to read the statement in full.

Update: The Japan Sport Council has now unveiled images of ZHA's redesigned Tokyo National Stadium, which Zaha Hadid Architects say will make "make the stadium even more efficient, user-focussed, adaptable and sustainable." The capacity of the stadium will remain at 80,000 seats.

After sustained protest from Japanese architects and citizens alike, Zaha Hadid Architects have confessed that they are modifying their designs for Tokyo's National Stadium, the centerpiece for the 2020 Tokyo Olympics. After repeated criticism, including a petition launched by Pritzker laureates Toyo Ito and Fumihiko Maki, the Japanese Government had already announced a plan to reduce the cost from its original budget of $3 billion to a more manageable $1.7 billion.

Now, the International Olympic Committee (IOC) has added fuel to the fire by saying that it would support a scaled-back plan for the entire event: "We want to see more existing venues, we want to see the use of more temporary grandstands," said Committee vice president John Coates.

Tokyo-based architect Edward Suzuki has launched another petition against Zaha Hadid's design for the 2020 Tokyo Olympic Stadium, claiming it is "overwhelmingly large for the context" and "will desecrate the 'sacred grounds' of Meiji Shrine Outer Gardens". This is the second petition against the design and is intended to support the earlier petition by Toyo Ito and Fumihiko Maki by providing an equivalent targeted primarily at English speakers, aiming to "pressure our government not only from within but also from outside of our country." You can see the petition in full here.