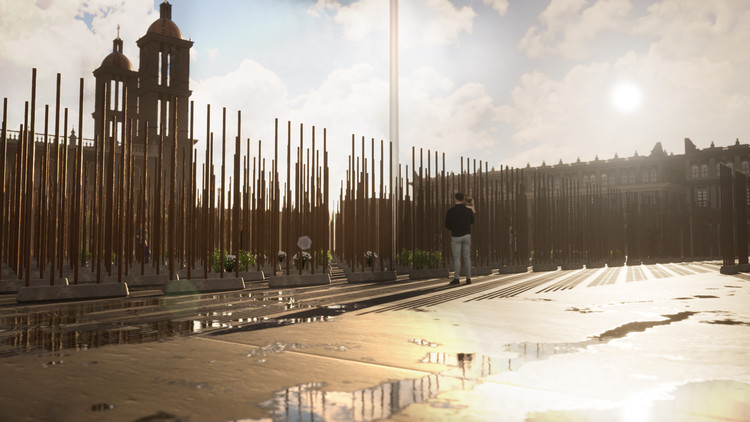 "We are claiming the act of mourning. We can at least take care of that, of building symbols where we can place the testimony of our life and the lives of others," stated the authors.

Dedicated to love and diversity, the public art installation Heart Squared has just opened to the public. In its 12th edition, the Times Square Valentine Heart Design Competition curated by Cooper Hewitt, Smithsonian Design Museum had selected the winning proposal of MODU, an architecture and design firm based in Brooklyn, and Eric Forman Studio. 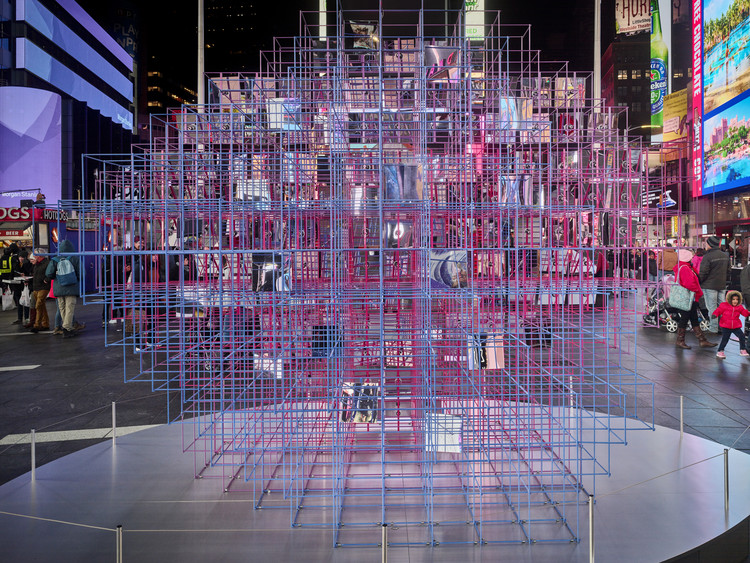 Reddymade has been unveiled as the winner of the Valentine Heart Design Competition installation in Times Square, New York. The scheme is inspired by the “history of the iconic New York urban space and its presence in the eyes of the world as a byword for a thriving intersection of people, place, and culture.”

The winning team explored the tectonic possibilities of intersecting shapes, investigating what happens with two different planes intersect. The resulting sculpture created two converging planes merging together to create an iconic ‘X’ which, when intersected by a cylindrical volume, creates a heart-shaped space.

The collaboration of Aranda\Lasch + Marcelo Coelho has been selected as the winners of this year’s Times Square Valentine Heart Design competition for their 3D-printed proposal, Window to the Heart.

Envisioned as the “world’s largest lens,” the installation was in response to its location within one of the world’s most instagrammed places, Times Square. The 12-foot-diameter Fresnel lens, designed with 3D-printing manufacturer Formlabs and structural engineer Laufs Engineering Design, will capture the image of the square within the heart-shaped window at its center, bending and distorting the surround myriad lights and colors.

Led by Snøhetta, the project saw the United States’ most visited destination change from a congested, horn-honking vehicular area into a world-class public plaza with the addition of over 100,000 square feet of pedestrian-exclusive space. 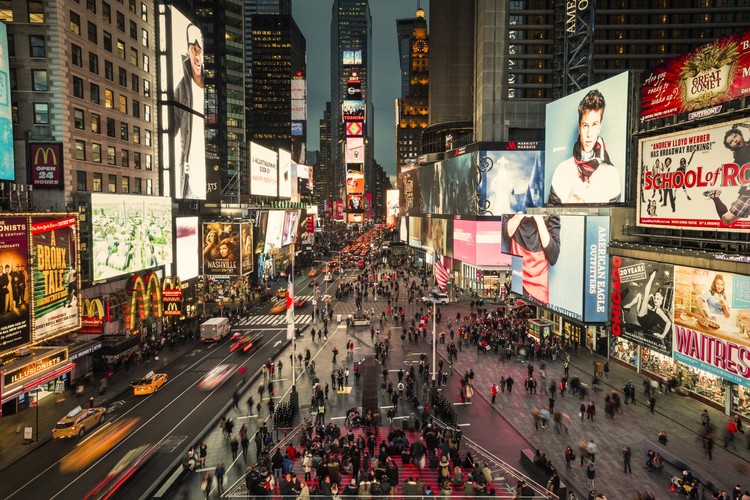 The Office for Creative Research's winning design for the 2017 Times Square Valentine Heart Design Competition, We Were Strangers Once Too, has officially opened in New York City's Times Square. A celebration of New York City’s rich immigrant culture, the sculpture takes the form of 33 metal poles inscribed with the origins of foreign-born NYC residents. As visitors travel around the sculpture, the red and pink blocks come together to create an iconic Valentine’s Day heart.

The Office for Creative Research has been announced as the winners of the 2017 Times Square Valentine Heart Design Competition. Their winning design, titled We Were Strangers Once Too, is a public data sculpture in the shape of a heart that “highlight[s] the role that immigrants have played in the founding, development, and continued vibrancy of New York City.”

Collective–LOK's Heart of Hearts installation has officially opened in New York City's Times Square, just in time for Valentine's Day. Winner of this year's annual Times Square Valentine Heart Design, a competition curated by the Center for Architecture, the "faceted ring of 12 golden, mirrored hearts" will remain on view in Duffy Square through March 6.

Collective-LOK’s design for a circular pavilion made up of giant mirrored hearts has been selected as the winner of the 2016 Times Square Valentine Heart installation. Their "Heart of Hearts" proposal features a faceted ring made up of nine mirrored, golden hearts that will “create an alternative pavilion that reflects and multiplies the pulsating activity of Times Square.” Spaces within each heart will form “kissing booths where couples will find their activities mirrored, allowing both privacy and publicity.”

Danish architect and urban planning expert Jan Gehl has weighed in on New York Mayor Bill de Blasio's threat to remove Times Square as a"kneejerk reaction" to aggressive panhandling. Recounting beloved square's evolution, Gehl argues that public spaces need more than just to exist: "Civic culture needs cultivating and curating... Public spaces like Times Square are the great equalizer in cities: Improvements in the public realm benefit everyone. The city should view the challenge of Times Square’s pedestrian plaza not as a reason for retreat, but as a call to create a diverse, dense, intense experience of public life that we can all enjoy." Read Gehl's remarks, here.

Frustrated with the congestion of panhandlers, Mayor Bill de Blasio has shocked New York City dwellers by threatening to remove their beloved Times Square. As New York Times' architecture critic Michael Kimmelman reports, this comes at a time when dwellers fear that quality of life is declining in the city: "Entertaining the demolition of the plazas, the mayor sends a message that New York can’t support the sort of great pedestrian hubs that thrive in competing cities around the globe." Blasio said he will look into the "pros and cons" of returning Times Square to traffic. Read Kimmelman's full report on Blasio's threats, here.

Snøhetta's $55 million redesign — bounded by Broadway and 7th Avenue between 42nd and 47th streets — creates an uninterrupted and cohesive surface, reinforcing the square's iconic role as an outdoor stage for entertainment, culture and urban life.

Janette Sadik-Khan: NYC's Streets Are Not So Mean Anymore

Janette Sadik-Khan demonstrates how paint, lawn chairs and a bit of imagination can quickly transform city streets, creating immediate public and commercial vitality. Sadik-Khan, listed as one of Business Insider's "50 Women Who Are Changing the World," is responsible for re-purposing 26 acres of dense New York City car lanes into pedestrian-friendly space. "More people on foot is better for business," she says. Despite commanding a two billion dollar budget, her economical approach as commissioner of NYC's Department of Transportation are testaments to her design sensitivity, relying on rapid-testing and regular iteration to expand the city's public domain.

With Valentines Day barely a week away, the Times Square Alliance is eschewing flowers and candy yet again. Instead, they’re sending New Yorkers a giant designer valentine for the second year in a row, as Moorhead & Moorhead will stage an installation adjacent the TKTS Booth beginning today.

A heart-shaped sculpture by Gage Clemenceau Architects will land on Times Square today. It will stay on Duffy Square until March 1st. The sculpture is constructed with DuPontTM Corian® strawberry ice and welded steel tubes. The heart is lit from within using color-changing LED lighting.