LOT-EK: The Latest Architecture and News 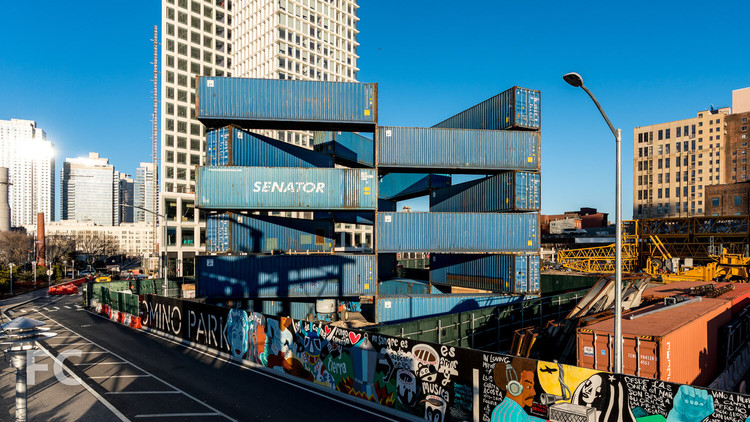 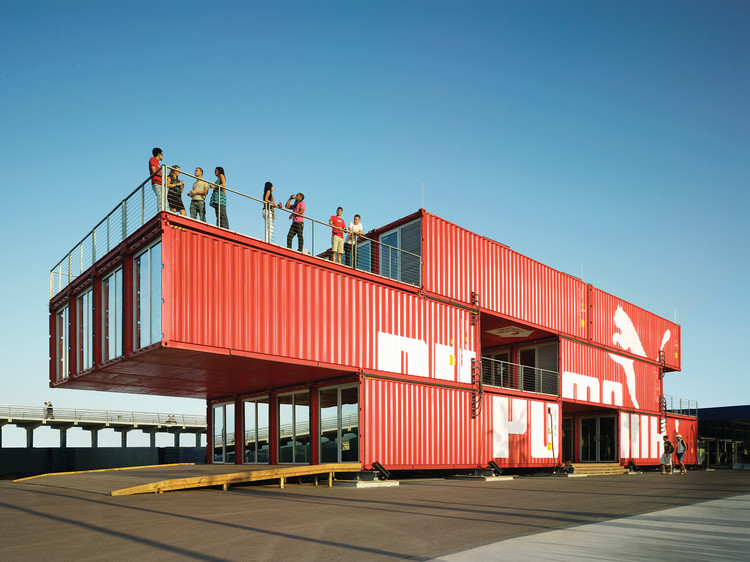 LOT-EK architecture firm’s “The Cubes” — initially commissioned for New York's Whitney Museum of American Art — is composed of eighteen recycled shipping containers that create two levels of indoor space. The building's 960 square feet of flexible interior space promises a multi-functional facility, with most areas built for holding classes of up to 70 people. 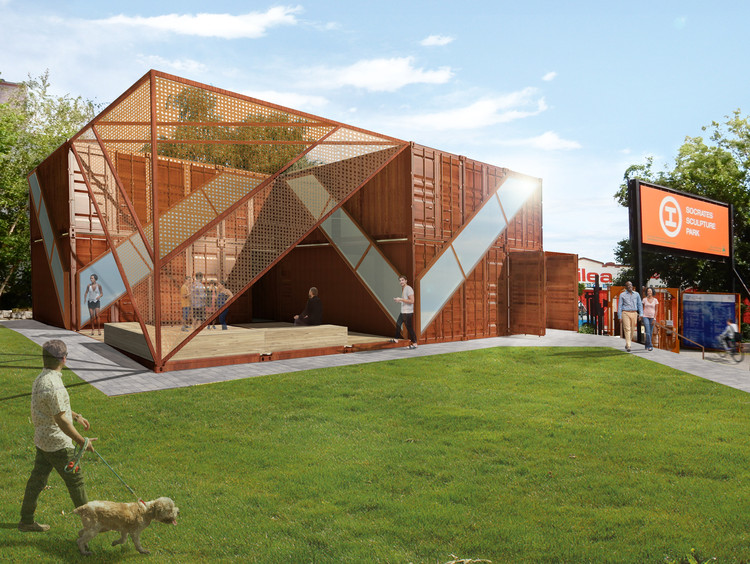 UPDATE: The SF Gate reports that the architects of the Google Barge have now been revealed to be San Francisco-based firm Gensler and New York-based LOT-EK, a firm with experience adapting shipping containers for retail design.

A mysterious construction project in the San Francisco Bay has been making waves for the past couple of weeks. Moored off Treasure Island, locals apparently refer to it as 'the secret project' - and, until now, that's about as much as was known about it.

Despite months of rumors and complete radio silence from Google, spokespeople have finally released a statement on the project, stating: "Google Barge … A floating data center? A wild party boat? A barge housing the last remaining dinosaur? Sadly, none of the above. Although it’s still early days and things may change, we’re exploring using the barge as an interactive space where people can learn about new technology."

While it's a shame about the dinosaur, Google's expansion into technology retail is possibly even more intriguing, as it's entirely new turf for the company: retail design.

More info and an artist's rendering of what the barge could look like, after the break...

Not long ago we sat down with Ada Tolla and Giuseppe Lignano of LOT-EK—a New York City- and Naples-based architectural design studio. Known for their work with shipping containers, they discuss the learning curve they have endured by using objects that fall outside of the typical materials specified in manuals. LOT-EK also explains that they have been influenced by the freedom exercised in contemporary art. In their attempt to look at the world through “different eyes,” they find that networking is indispensable since it “makes what [they] do relevant” and opens them up to new opportunities.

New York's City Council have unanimously backed a proposed plan to restore and redevelop the aging giant that is Pier 57. Built in 1952, the 300,000 square foot pier was hailed by Popular Mechanics as a 'SuperPier' for its vast size and unconventional construction, as most of the pier's weight is supported by 'floating' air-filled concrete cassions. The pier was originally used as a bus depot by the New York City Transit Authority, however it has been lying vacant since 2003. The latest decision brings a concrete end to years of speculation as to what the fate of the pier would be.

Read more about the proposal after the break...

The Pros and Cons of Cargo Container Architecture

Resources about the pros and cons of cargo container architecture can be found here. 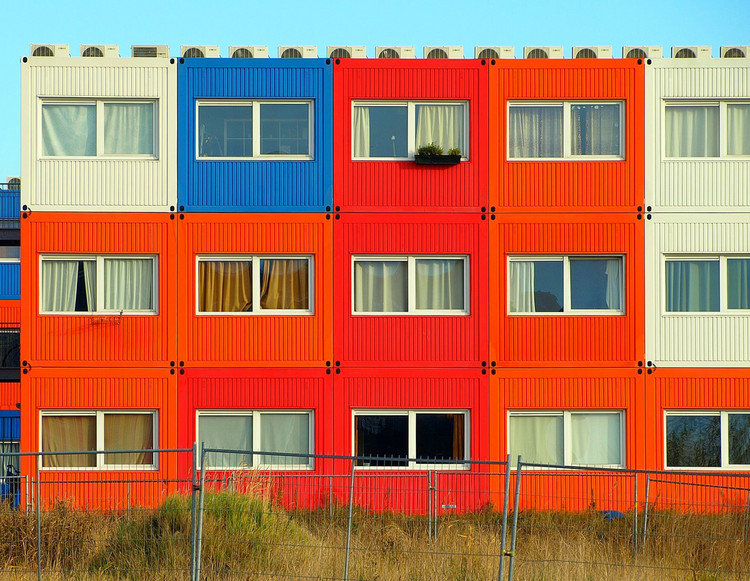 Infamously known for their work with shipping containers (be sure to check out their Puma City previously featured on AD), American-firm LOT -EK has nearly completed the APAP Open School, in Korea. The containers are perched atop each other creating spaces beneath them for a public amphitheater, within them for educational functions and even on top of them for a long decked roof offering great views.

More images and more about the school after the break.

Our green friends over Inhabitat just tipped us on a new project by NYC/Napoli based office LOT-EK, a practice that has been doing an interesting job by reusing containers.

24 containers are put together to create a 3 storey store with over 11,000 sqf, including a bar/lounge area and 2 decks.

The store is currently at the Volvo Ocean Race 2008-2009, and it´s transported to each location (Alicante, Boston, Stockholm) and assembled quickly.

More pictures details after the jump.