Not long ago we sat down with Ada Tolla and Giuseppe Lignano of LOT-EK—a New York City- and Naples-based architectural design studio. Known for their work with shipping containers, they discuss the learning curve they have endured by using objects that fall outside of the typical materials specified in manuals. LOT-EK also explains that they have been influenced by the freedom exercised in contemporary art. In their attempt to look at the world through “different eyes,” they find that networking is indispensable since it “makes what [they] do relevant” and opens them up to new opportunities.

Widely acclaimed for the work on projects such as PUMA City, Pier 57 and Sanlitun South, LOT-EK has been practicing since 1993. Tolla and Lignano also teach at Columbia University’s GSAPP in New York, and at the MIT’s Graduate Department of Architecture, in Cambridge, MA.

Hear what they have to say about running a practice, studying architecture and balancing their projects in an increasingly globalized system in our interview. And check out LOT-EK's projects on ArchDaily: 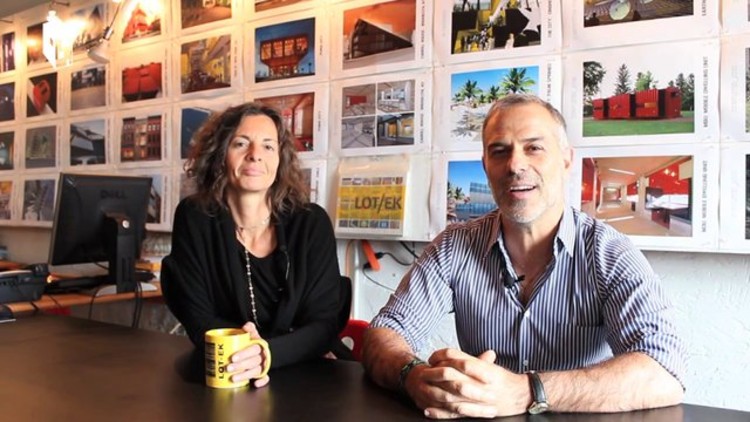