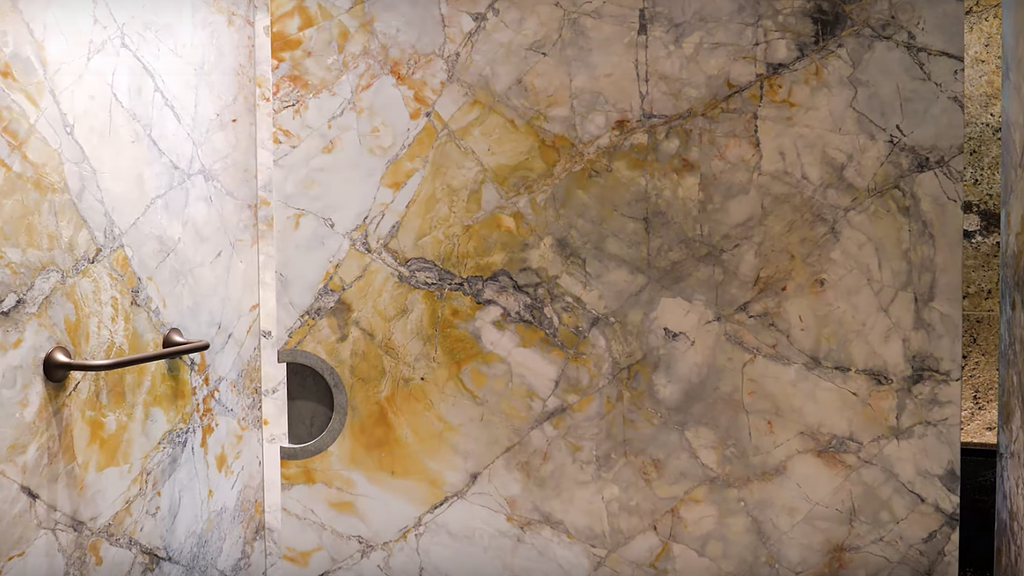 Marble brings out associations with the ancient Greek and Roman empires and classical architecture. Today, however, the extensive use of cement, steel, and glass creates a pull towards refinement and detail. Marble is making a resurgence into homes in, sometimes, quite different ways than it was back in ancient times – though some may argue that the marble has never left. In pivoting marble doors in residential buildings for example.

A solid, marble pivot door like the one seen in the bathroom above needs a pivot hinge that can carry its weight, which is, in this case, perfectly executed by the FritsJurgens System One pivot hinge. The movement of the door is fully controlled, smooth and fluent.

Technique in a pivoting marble door

The contrast between new and old is emphasized when the metamorphic rock is applied to solid marble pivoting doors. Since marble for pivoting doors is often used in large, solid slats, the doors often weigh a lot. A marble pivot door should move in one single, fluent movement. Only modern and very high-quality pivot hinges such as the FritsJurgens Systems give absolute control over the movement of the door.

There are three pivot hinge systems that are suited to different applications; System M, System One and System 3. Every pivot hinge can carry doors with weights up to 500 kg meaning there is no limit to the inspiration you can find when designing a pivot door.