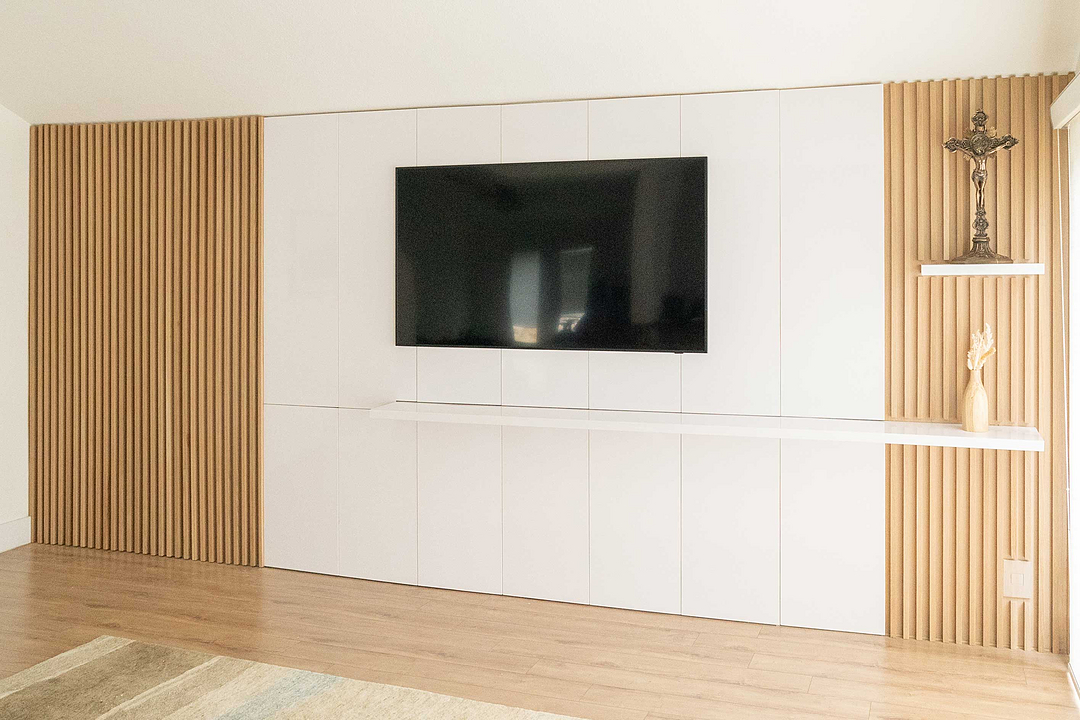 The problem we wanted to solve was to have a wall where no hardware or fasteners were exposed. That meant no door pulls, locks, latches, or screws. We thought of a cleat system, but to install a cleat system, we needed to provide a gap at the very top of the wall in order to mount the panels in place.

Having specified Fastmount into office spaces and conference rooms previously as an architect, Loi understood that Fastmount could help provide a clean, minimal look on the feature wall, which provides storage for the TV, blankets and pillows, toys and crafts, plus everyday access to purses, backpacks and a hidden tech closet.

With the VL-03, we were able to avoid that gap and have the entire panel flush up to the ceiling. We used the CP-03 centrepoint tool, which help locate the clips on the backside of the panels and made the entire installation process so much easier, says Loi.

For areas that have storage, Loi used doors that were laminated using Formica ColorCore2 in White Gloss with concealed hinges and a magnetic catch from Sugatsune. For the panels behind the TV, they were fixed only to the wall using Fastmount’s Very Low Profile Range VL-03 clips. 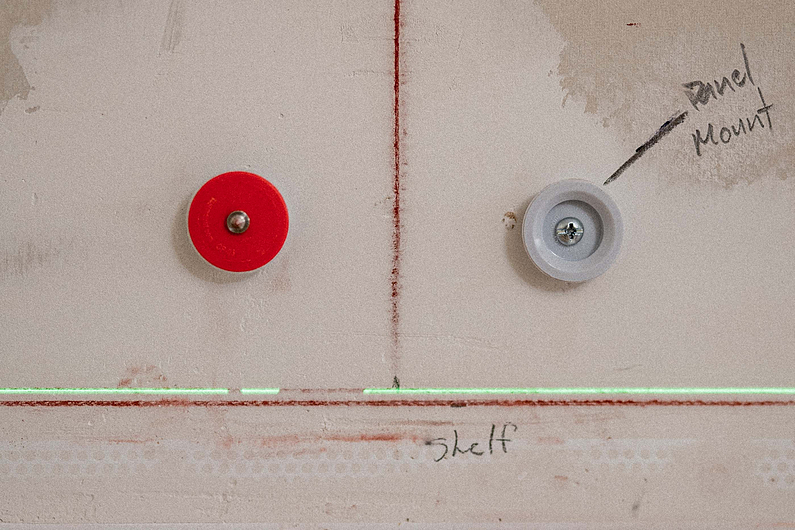 The VL-03 clips were supplied by Sugatsune America, Fastmount’s technical experts and distributors for the architectural industry in the United States.