Save
Balkrishna Doshi, 2018 Pritzker Prize Winner, Passes Away at 95
Share
Or
Copy

Balkrishna Vithaldas Doshi, master architect, urban planner, educator, 2018 Pritzker Prize Winner, and 2022 Riba’s Gold Medal has passed away at 95, in Ahmedabad, India on Tuesday the 24th of January 2023, as reported by several Indian outlets and Architectural Digest India on their Instagram page. One of the most renowned Indian architects that shaped the architecture of India and its adjacent regions, Doshi, who was inspired greatly by the works of Le Corbusier and Louis Kahn, has “combined pioneering modernism with vernacular”. Known especially for his urban planning and social housing projects, as well as his academic work as a visiting professor at various universities worldwide, Balkrishna Doshi has designed, over his 70-year career, some of the most iconic buildings in India. 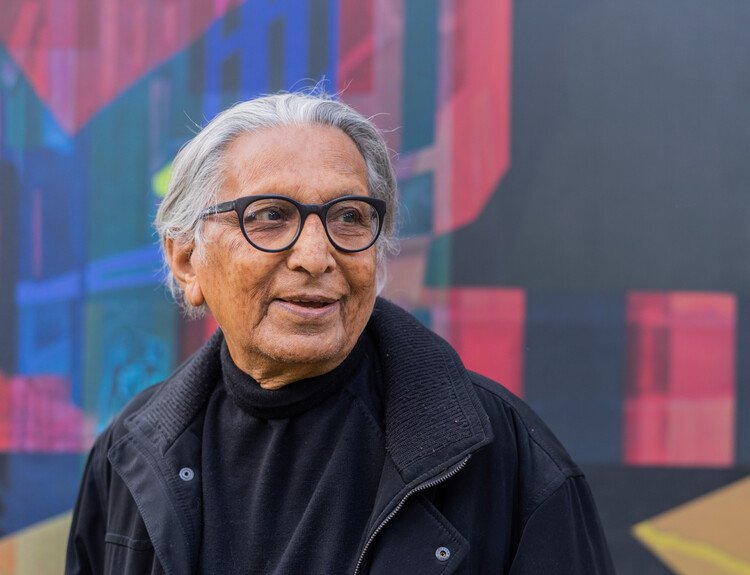 Considered by many as India’s greatest architect, Doshi has forged a distinct architectural philosophy and expression, informed both by modernist values and local traditions. The first Indian architect to receive the Pritzker Prize, in 2018, Doshi's work showed a deep appreciation of the traditions of India’s architecture, climate, local culture, and craft, as explained by the 2022 RIBA Honours Committee. His work spans a variety of programs and scales, including administrative and cultural buildings, educational facilities, housing developments, and residential buildings. Some of these projects include Shreyas Comprehensive School Campus, Ahmedabad School of Architecture, Indian Institute of Management in Bangalore, Aranya Low-Cost Housing, which was awarded the Aga Khan Award for Architecture, the National Institute of Fashion Technology in Delhi, the Centre for Environmental Planning and Technology, the Tagore Memorial Hall, Institute of Indology and Premabhai Hall, and the private residence Kamala House.

Born in 1927 in Pune, India, Doshi studied architecture at the J J School of Architecture, in Bombay. Between 1951 and 1954, he went on to work with Le Corbusier in Paris as Senior Designer and then for four more years in India, supervising projects in Ahmedabad. He established a decade-long collaboration with Louis Kahn, which began with the Indian Institute of Management, Ahmedabad. In 1956, Doshi founded his practice, Vastushilpa, together with two other architects.

Paying tribute to the master architect, Martha Thorne, Former Executive director at Pritzker Architecture Prize, wrote on her Facebook page: "Balkrishna Doshi is clearly a unique figure in the panorama of 20th-century architecture. He was an architect who influenced many people in different ways: from his works, writings, and teachings, as a mentor and an exemplary role model. He worked at different scales from town planning to individual buildings. The incorporation of traditional crafts adapted to new spaces and new uses are just two examples of the completeness of Doshi in his approach to architecture."

In an extensive video interview by Louisiana Channel, shot a few years back, Pritzker Prize-winner Balkrishna Doshi narrates how he became an award-winning architect, his traditional Hindu beliefs and culture, and India’s juxtaposition of having nothing to keep up with a world that is creating everything.

Discover below a selection of Doshi's extensive portfolio.

Centre for Environmental Planning and Technology (1968)