Add cabbage leaves, orange peels, onions, bananas and a few slices of pumpkin to get... cement. That's right, researchers from the University of Tokyo in Japan have developed a technique through which it is possible to produce cement from food waste. Besides being used in construction, the innovative initiative is edible as well. You can make boiled cement into a delicious meal by adjusting flavors, adding seasonings, and breaking it into pieces.

Yuya Sakai, the professor responsible for the study, is an engineer specializing in concrete and recycling. In previous research, he developed a technique for mixing recycled concrete powder and wood waste, generating a more resistant material through hot compression. It was during these trials that the idea arose to test other waste materials similarly, including – why not – vegetables and fruits.

The entire manufacturing process was documented and presented at the 70th Annual Meeting of the Society for Material Sciences in May 2021 through the article Development of Novel Construction Material from Food Waste. The text documents the production of this material, dividing it into three stages: after breaking the raw materials (orange peels, onions, pumpkins, bananas, Chinese cabbage and seaweed), the small pieces were placed in an oven at 105°C or a vacuum drying machine. Then, the dry materials were pulverized using a regular blender. Subsequently, the powder was mixed with water and seasonings and finally hot pressed at 180°C.

The tests were carried out considering the strength of the materials and also their taste. In this sense, the results indicated that, except for the pumpkin-derived sample, all the others reached the flexural strength goal, especially Chinese cabbage, which is three times more resistant than regular cement. According to the authors Sakai and Machida, the most challenging part of the process was the fact that each food requires different temperatures and pressure levels, which makes it possible to imagine how many tests had to be done before reaching a homogeneous and satisfactory result.

However, it was precisely this fine-tuning of the two conditions that made the experience successful since food waste had already been tested for cement production in other studies. It always required the addition of plastic to the mixture for the materials to agglutinate, but in this case, with optimal adjustment of temperature and pressure, this was not necessary.

Besides resistance, other factors are highlighted in this daring material, such as flavors and smells. The tests indicated that, despite the whole process, the food still retains its original scents and, according to Sakai, the product is non-toxic and safe for consumption but “is very crunchy”, as he says. It is also worth mentioning the material color since the original color of the food is also maintained, generating a wide range of combinations and possibilities.

Tests related to the material durability indicated that after four months of exposure in a room, there were no reports of insect, worm or fungal attacks. Furthermore, her appearance has remained the same. However, to ensure greater durability – despite losing its edible potential – this cement can be waterproofed with a chemical substance or coated with lacquer.

Professor Sakai is betting on this technology not only to mitigate global food waste – which according to the UN reaches 900 million tons per year – but also to generate temporary housing for refugees or in cases of natural disasters.

While the technology is still in the development phase to be applied in construction, many companies in other areas have sought out inventors interested in producing furniture and objects. Machida himself, a collaborator on the project and co-author of the article cited above, founded a company called Fabula Inc. focused on domestic utensils and other objects made of edible cement.

In addition to the advantages already mentioned, it is important to remember that edible cement is biodegradable and can be buried when it is no longer useful, becoming a promising material for replacing products made with plastic and regular cement. Its application also adds a new meaning to architecture that, besides vision, touch, smell and hearing, can now also stimulate taste.

Have you thought about what home flavor you would like? 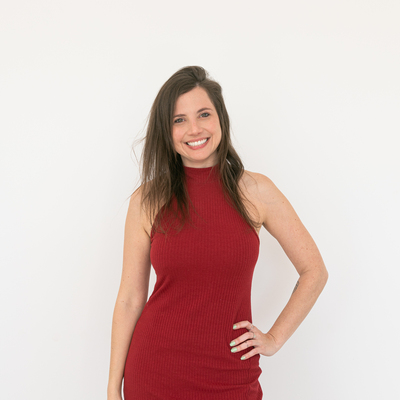