Save
Cement Can Be A (More) Sustainable Material
Share
Or
Copy

"If the cement industry were a country, it would be the third-largest emitter of carbon dioxide in the world, with about 2.8 billion tons, surpassed only by China and the United States." This statement in Lucy Rodgers' BBC report on the ecological footprint of concrete stands out as quite shocking. With more than 4 billion tonnes produced each year, cement accounts for around 8 percent of global CO2 emissions and is a key element in the production of concrete, the most manufactured product in the world. To give you an idea, about half a ton of concrete is produced per person in the world every year, enough to build 11,000 Empire State buildings. With these huge numbers, is there any way to reduce this impact?

To manufacture cement, limestone, clay, and sand are heated in extremely hot ovens, which reach 1,450°C. This forms the clinker, which is then mixed with gypsum and other additives such as pozzolan, limestone, and others. Cement corresponds to about 10% of the concrete mix. The other basic components are sand, gravel (coarse and fine aggregate) and water. In cement production, there are two main processes that result in carbon dioxide emissions. According to this article by Robbie M. Andrew, the first is the chemical reaction involved in producing the main cement component, clinker, as carbonates (mainly CaCO3, found in limestone) are broken down into oxides (mainly lime, CaO) and CO2 when heated. The second source of emissions is the use of fossil fuels to generate the significant energy needed to heat raw ingredients to well over 1,000°C. In other words, during concrete production, large amounts of fuel are consumed (generally from non-renewable sources such as petroleum coke, gasoline, or natural gas) and different pollutant gases are emitted, including carbon monoxide and dioxide. According to this study, “the calcination chemical reaction is responsible for approximately 52% of the CO2 emissions in the clinker manufacturing process, while energy consumption accounts for the rest. (...) Considering the energy consumption, for every 1,000 kg of clinker manufactured, an average of approximately 815 kg of CO2 is generated in the clinker manufacturing process.”

It is possible to reduce some of that impact. If it is in the production of clinker that most emissions occur, replacing it with other materials can make a big difference. Supplemental cementing materials (SCMs) are generally by-products from other industries, such as slag from steel and copper production, foundry sands from metal smelting operations, and fly ash, bottom ash, and synthetic gypsum from electric utilities. By replacing part of the clinker with these materials, concrete acquires new characteristics, which may be desirable in some cases, but mainly show a remarkable ability to reduce CO2 emissions. Another possibility is volcanic ash, an alternative to cement that has been known for thousands of years, which allowed the Greeks and Romans to erect buildings so resistant that they have stayed in place ever since. By heating lime and volcanic ash to about 900°C and then mixing it with seawater, an extremely strong and stable material can be achieved.

But innovations can go even further. CarbonCure, for example, seeks to reduce carbon dioxide emissions in a very different way. The Canadian startup has developed a process called CO2 Mineralization, which consists of injecting carbon dioxide into the concrete mix and making it react with calcium ions in the cement to form a nano-sized mineral, Calcium Carbonate, which is embedded in concrete, making it more resistant.

Solidia Tech has been experimenting with a new cement recipe that replaces limestone with the mineral wollastonite, which does not emit carbon dioxide, as it does not require heating. In addition, it traps carbon dioxide from the air during the curing process, creating a product with negative emissions. As this article shows, Solidia's cement concrete blocks capture about 240 kg of carbon dioxide for every 1,000 kg of cement used in the mix. This is in addition to lower amount of emissions produced during concrete manufacturing.

BioMason is a North Carolina startup with a distinct approach, producing concrete without Portland cement or carbon dioxide emissions. Instead of Portland cement, biocement is used to join sand and gravel. By incorporating recycled aggregates with live bacilli microbes, it triggers the combination of carbon and calcium to create limestone crystals, without the need for heating. While traditional concrete can take up to 28 days, Biomason biocement® reaches its final resistance in less than 72 hours of growth. The final material consists of approximately 85% granite from recycled sources and 15% biologically cultivated limestone.

Engineers from Lancaster University in the UK have worked in collaboration with Cellucomp Ltd UK to study the effects of adding “nanoplatelets” extracted from plant root fibers to improve the performance of concrete mixes. Research has shown that composite plant concretes, made from vegetables such as beets or carrots, have a structurally and environmentally superior performance over all commercially available concrete additives such as graphene and carbon nanotubes at a much lower cost. The potential of plant composite concretes lies in the ability of nanoplatelets to increase the amount of hydrated calcium silicate in concrete mixtures, the main substance that controls structural performance. The indirect effect means that smaller amounts of concrete would be needed for construction. Nanoplates can improve product quality by reducing the number of cracks that appear in concrete, helping to prevent corrosion, and extending material life. There are many other examples of companies looking for solutions to reduce emissions in cement and concrete production, and this article by Akshat Rathi covers most of them, with very valuable information on the subject.

The climate crisis demands urgent solutions and, little by little, the construction industry is starting to accept more alternative materials that can contribute to change. Cement and concrete carry enormous importance, and there are ways to transform their negative impacts into positive improvements for the environment. But the article shows that making concrete a less polluting material is a very complex task, which involves a lot of resources and time involved in research. It is worth asking whether, in the future, concrete should remain the main material in the construction industry or whether it is possible to think about replacing or mixing it with other materials that are inherently less polluting. 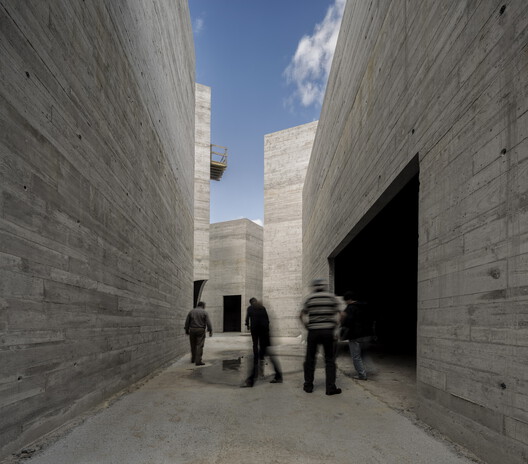