Reports show that authorities have begun dismantling Stadium 974 after it hosted seven matches during FIFA World Cup, with six group games and one Round of 16 knockout matches. It was also the only stadium built for the World Cup without air conditioning, so it only hosted evening matches. According to the BBC, construction workers moved on the site on 9 December to “take the stadium out of tournament mode.” The structure was designed to be the first FIFA-compliant stadium that can be fully dismantled and re-purposed after the tournament ends. While Qatar called this a “beacon of sustainability,” experts warn that the real sustainability of the scheme depends on several factors, including when and where the stadium will be reused. 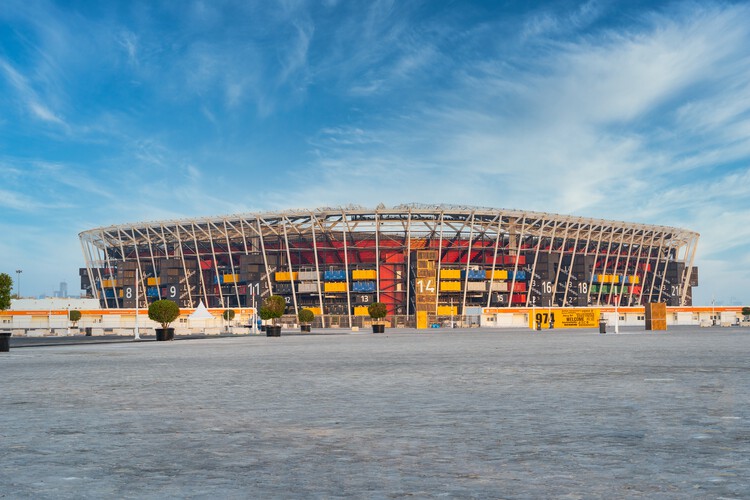 Stadium 974 is constructed entirely from shipping containers and modular steel elements. Located near the Hamad International Airport overlooking the Gulf Coast, the stadium has a capacity of 44,089, and it was designed by Fenwick Iribarren Architects. The name of the venue, 974, refers to both the number of shipping containers used in the structure and the international dialing code of Qatar. After dismantling, the site will be transformed into a waterfront development attractive for the local community and the business sector.

Currently, there appears to be no definitive decision regarding the future location of Stadium 974, as reported by the BBC. Carbon Market Watch remarks that “while the 2022 World Cup organizers have highlighted the dismountable nature of the temporary stadium, we could identify no specific plans showing where the stadium will be moved, if at all.” Some reports show that the stadium could be sent to Uruguay, which is set to be part of a joint bid with Argentina, Chile, and Paraguay for the 2030 World Cup.

The construction of Stadium 974 had a total greenhouse gas (GHG) footprint 60% higher than that of the permanent structures, mainly due to the use of more durable materials that enable the dismantling and reassembling. This means that whether the stadium has a lower GHG footprint than a permanent structure largely depends on how many times and how far the stadium is transported and reassembled. Carbon Market Watch points out that if the stadium is moved only once and to a distant destination (>7000km transport), then building two separate structures would have a lower carbon footprint.

According to The Guardian, most of the stadiums have been designed to shrink after their brief use, as their capacity will be halved by having the upper tier removed. Carbon Market Watch report mentions that there could be upwards of 200,000 seats removed from the permanent stadium: 20,000 seats in each of the AL Janoub, Al Thumama, Al Rayyan, and Education City stadiums, plus 28,000 from Al Bayt stadium and 80,000 from Lusail, although plans for this structure are still uncertain. Organizers have said they will donate the seats to developing countries, according to BBC.

The 80,000-seat Lusail Stadium could be converted to house a mixture of civic facilities, including “affordable housing units, shops, food outlets, health clinics, and even a school”, according to the official explanation. The upper tier would be re-purposed into outdoor terraces for new homes, and a community football pitch would potentially be built within the premises. The vague-sounding plans have, however, prompted some skepticism. 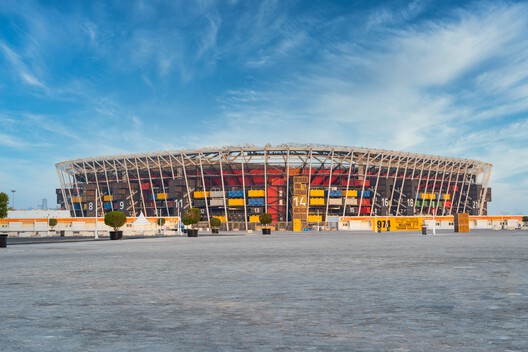