Designs have been revealed of the latest, and most central soccer stadium being constructed for the 2022 World Cup tournament in Qatar. Designed by Qatari architect Ibrahim M Jaidah and design consultant Heerim, the Al Thumama Stadium will feature a woven-pattern exterior skin inspired by the traditional ‘gahfiya’ cap worn by Arab men. 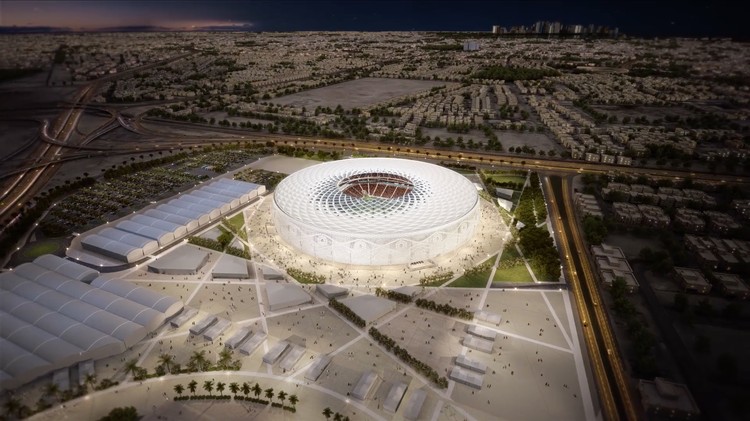 Located six kilometers south of downtown Doha, the stadium will be used from from the group stages to the quarterfinals, seating up to 40,000 spectators. Following the event, it will be transformed into a “legacy mode” containing 20,000 seats and featuring a sports clinic and boutique hotel in the upper stands. While the World Cup will be pushed back from its usual summer date until November, special cooling systems will be installed to allow the stadium to be used year-round.

“Al Thumama Stadium is a nod to the past, while offering an exciting glimpse into Qatar’s tomorrow. In Arab culture, the gahfiya forms an important part of every young boy’s pathway to adulthood,” explains the Supreme Committee for Delivery & Legacy, the organization charged with managing the construction of infrastructure required for the World Cup. “It is an arena that symbolises Qatar’s youth, the country’s emergence as a major player on the global sporting scene and the shared Arab heritage that inspired its creation.”

Seven other World Cup stadiums are currently under construction across the country, including Foster + Partners’ Lusail Stadium (where opening and closing ceremonies will be held), and Zaha Hadid Architects’ Al Wakrah Stadium.

Not all is running smoothly for Qatar as the games approach, however. A report released by Amnesty International found that the race to construct the necessary infrastructure for the event has led to "appalling conditions" and widespread human rights abuses against migrant workers, after similar reports including worker deaths surfaced surrounding the construction of Zaha Hadid Architects’ Al Wakrah Stadium.

News via the Supreme Committee for Delivery & Legacy, The Guardian. 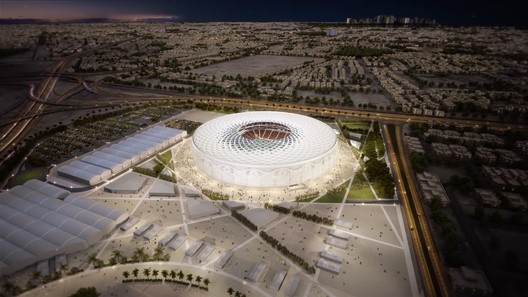