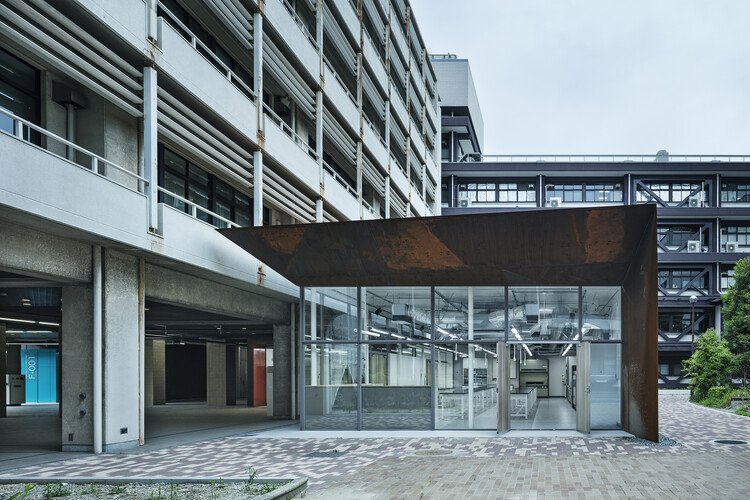 Text description provided by the architects. Given a limited site, we had to add two laboratories and preparation rooms each, so we gathered a three-dimensional “space” crossing the pilotis of the existing school building and discovered a site that seemed impossible in the first place. Within the limited site, we placed the additions on the south side to ensure that the sense of openness of the precious courtyard was not lost and also to secure the line of sight.

It was divided into four volumes to secure the necessary outdoor circulation flow. The preparation rooms were arranged within the pilotis with a low ceiling height, while the laboratories that require sufficient ceiling height for ducting were placed outside. For the exterior material, we chose COR-TEN steel plate, a contrasting texture which fits in with the myriad of old buildings’ materials.

Considering that people can overlook down on the additions from the existing school buildings surrounding the two courtyards, the roof surface was positioned as the fifth facade along with the four outer walls, and finished in COR-TEN steel plate to create an integrated surface with the walls. Regarding the final finish of COR-TEN steel plate, an application of rust accelerator was possible, but on close examination, it was left untouched. There were no concerns over the traces of puddles and streaks caused by irregular rainfall as it is reminiscent of ‘shigaraki’ ware in which the incidental expression can be a delight. 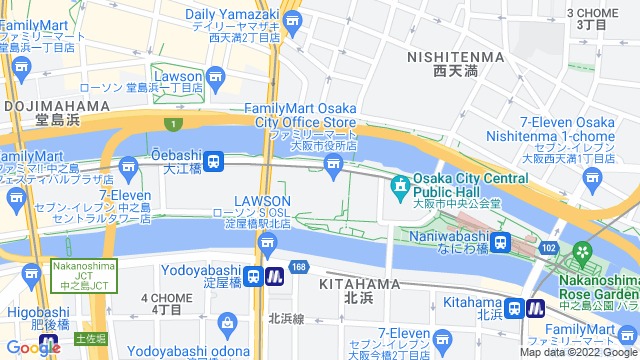