Save
The Transformation of the Museum: From Curiosity Room to Exhibition
Share
Or
Copy

Housing objects of artistic, cultural, historical and scientific importance, the term ‘museum’ is derived from the Latin language. In regards to classical antiquity, in Ancient Greek ‘mouseion’, meaning ‘set of muses’ was a philosophical institution, a place for contemplation and thought. These muses refer to the 9 muses in Greek mythology, the goddesses of the arts and sciences, and patrons of knowledge. Early museums’ origins stem from private collections of wealthy families, individuals or institutions, displayed in ‘cabinets of curiosities’ and often temples and places of worship. Yet these ‘collections’ are predecessors of the modern museum, they did not seek to rationally categorize and exhibit their collections like the exhibitions we see today.

In definition, the modern museum is either a building or institution that cares for or displays a collection of numerous artifacts of cultural, historical, scientific or artistic importance. Through both permanent and temporary exhibits, most public museums make these artifacts available for viewing and often seek to conserve and document their collection, to serve both research and the general public. In essence, museums house collections of significance, whether these be on a small or large scale. 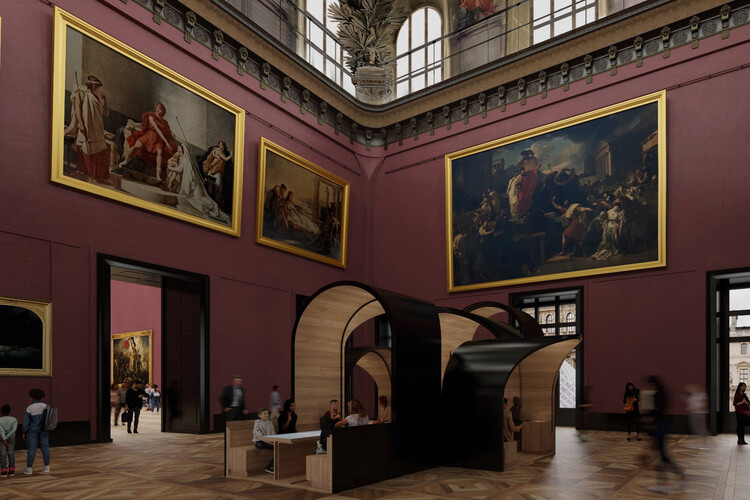 In regards to classical antiquity art was displayed everywhere, whether that be in public buildings to the homes of wealthy individuals. Art as a notion was inseparable from religion, yet the modern museum does the opposite. Today objects are ‘musealized’, taken from their original context and isolated from their historical conditions, the modern museum transforms an object into an artwork simply by exhibiting it.

The Architecture of Museums: The Evolution of Curatorial Spaces

Collections including the Mouseion of Alexandria, founded around 280 BCE was an example of a research institute similar to that of the museum typology, with a community of scholars. Known for its large collection of books, some suggest that some botanical and zoological specimens may have been collected as part of a nod to the muses themselves. Other collections including Ennigaldi-Nanna’s speculative ‘museum’ (around 530 BCE) in modern-day Iraq contained artifacts from earlier Mesopotamian civilizations, suggesting the early development of museum-like characteristics.

Between around 1550-1750 the Wunderkammer, a cabinet of curiosities was a common method of displaying collections of interest. Ole Worm’s Musei Wormiani (1655) is a key example of the unusual nature of the early cabinet. Lacking orderly arrangement it featured a varied array of artifacts and unusual specimens, decorating the walls and ceilings. This collection typology commonly featured antiques, objects of natural history and art, often divided into four categories with Latin taxonomy. Naturalia (products from nature and rare creatures that appeared like monstrous creatures). Artificialia (artificial objects created by humans, including antiques and art). Exotica (Exotic objects, animals and plants collected from distant places) and finally Scientifica (mans ability including clocks and scientific instruments).

Often these ‘cabinets’ were not built upon foundations of truth. Many plants and preserved animals were stitched together to create fantastical creatures and beasts. The spirit of the cabinet was not to be scientifically accurate, but to be imaginative and brimming with fascinating specimens. A combination of fact and fiction from expeditions and voyages.

The word museum as is, was used in 15th century Europe for describing Lorenzo de’ Medici’s works in Florence, Italy. It was later used to describe the art collection catalogue of John Tradescant, ‘musaeum Tradescantianum’ which was published in 1656. This specific collection was transferred by Elias Ashmole to a new building in Oxford University, which was built especially as a host and named the Ashmolean Museum. Opened to the public in 1683, the museum is considered to be one of the first modern museums built upon the concept of the museum as known today and was the first existing university museum.

The museum that most resembles the modern-day exhibition, became predominantly popularized in the late 19th century and early 20th centuries, often named the ‘museum age’. The first museums made ‘public’ were often only accessible by the middle and upper classes, and even then they were difficult to access. Concerns that large crowds could potentially damage the artifacts meant visitors at museums such as the British Museum were to apply in writing for admission and were led around the galleries in small groups. As the museum became more established it became more popular with a range of social classes and gave way to expansion in both design and capacity.

The birth of the Victoria and Albert in Kensington, London is a key transformative example of the modern day museum. Its origins lie in the ‘Great Exhibition’ of 1851, otherwise known as the ‘works of all nations’ or the ‘Crystal Palace exhibition’. As the first international display of design and manufacturing, it led to the development of numerous institutional establishments, including a cultural district of both museums and colleges in South Kensington, London.

The Great Exhibition sought to express methods of interdisciplinary design the ‘works of industries of all nations’. Constructed within the Crystal Place, a vast iron and glass exhibition hall, designed for maximised interior space and vast amounts of light, by architect Sir Joseph Paxton. Regarded as a new modern phenomenon; despite collections of similar resemblance, it sought to exhibit the British industry in the international marketplace. It highlights an era of industrial revolution, of invention, scientific discovery and a new style of architecture. One of which was based upon classical architecture, but sought to use modern production techniques and materials.

Post-war the progression of the museum in an architectural sense was groundbreaking, giving way to a new notion of Modernism. The Solomon R. Guggenheim museum (1959) designed by architect Frank Lloyd Wright is a monument to modernism with very unique and organic qualities, constructed to be unlike any other museum in the world. Devised with atmospheric characteristics in mind, it uses Modernist forms to best compliment works of Art. Minimal aesthetics and color to accentuate and highlight the artwork, rather than classical notions of ‘framing’ artifacts with corresponding grandeur. The museum as an exhibition, built to serve the artifacts rather than to accommodate them.

In recent years a new wave of innovative exhibition design has begun to grace our museums transforming them from mere galleries to interactive and engaging hotspots. A paradigm shift in digital design technology has allowed museum architecture to be developed rapidly. Offering solutions in regards to display, new technology associated with lighting, temperature control etc. offers new methods of presenting artifacts to best serve the public and scientific realm. With the rise of virtual reality and other stimulating ventures.

The role of museums has dramatically changed over time. The contemporary museum is an exhibition for all, inviting diverse audiences from all over the globe. As well as their traditional role of preserving, collecting and sharing collections, museums now find that they actually have an increasing role in supporting the overall development of communities, shaping identities and bringing a range of communities together. From exclusive to accessible and from private to public, the museum will continue to evolve whether that be through virtual reality or through new innovative technologies. 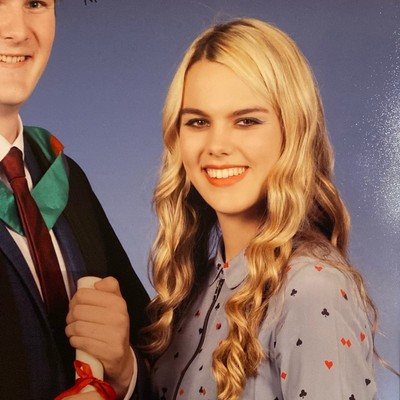 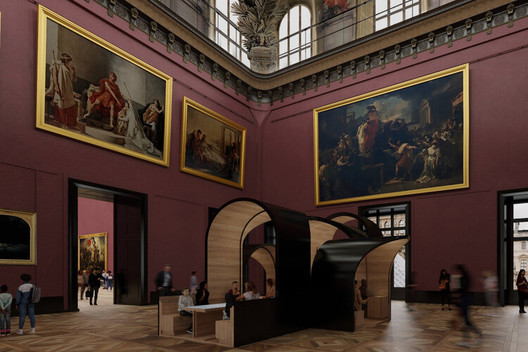