Save
How Video Game Architecture is Speaking to You
Presented by

Video games and virtual worlds are jam-packed with imaginative environments to explore, time periods to peruse, and invented architectural styles to thumb through within every reality we choose to engross ourselves into. With recent advancements in technology, greater than ever are we witnessing the latest PC and console generations harboring the ability to produce life-like settings for players to roam around, get lost, and explore all the nuances the seemingly authentic reality holds. 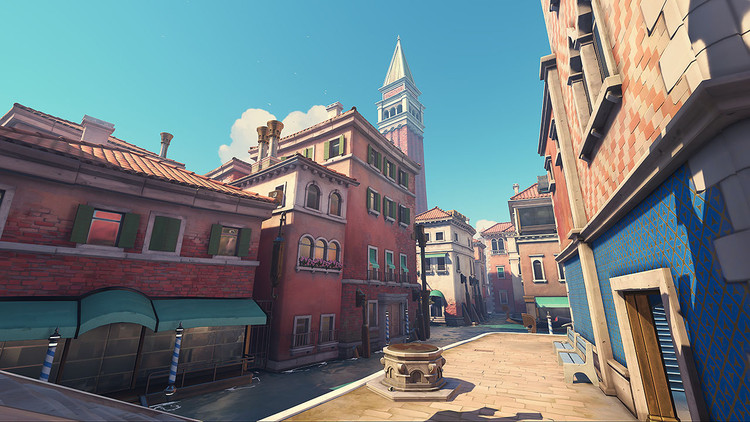 Architectural design possesses the power to keep us immersed within a virtual world, even when we aren’t aware that it’s all around us, tangible, and encapsulating us in even the most fleeting moments. Virtual worlds aim to temporarily transport consumers to another reality, a well-constructed environment that can transmit subtle things, such as emotions, feelings, and sensations. The secrets that lie behind the concepts of architectural design within these virtual worlds almost function as a language that architects and designers use to influence the way we move and feel when journeying through these spaces as a player. They create an experience for the user, ensuring that regardless of what it is that you’re doing, you are interacting with a system specifically built and curated for you, the end-user.

So comes the big question, how are architects and designers attempting to communicate this secret language with you as a consumer? They aim to achieve this through the means of space, construction, materiality, and light.

Architects use a concept called compression and expansion to manage movement within the design of spaces. Long corridors use compression to encourage people to keep moving forward, and once they reach an exhibit room for example, where the space expands, we naturally start to meander and take in the nuances of the open space unfolding around us through every step.

This pattern of small spaces feeding into bigger spaces exists in plenty of video games and is a general premise within the design of virtual worlds, but is most noticeable in boss arenas. Seasoned gamers alike know what it feels like to enter a suspiciously large room, contrasting directly from where they have just traversed from, and that gut feeling and intuition will just kick in for them to expect something to definitely go down. This is an example of how architects and designers use space to communicate these prompts to us as players, and how we are continually patterned and conditioned to expect specific outcomes as a result of a specific design we encounter. In this way, we are invited to read architecture – some may even say that we’re literally reading the room.

Control (2019) has a very notable example of the use of compression in the ashtray maze, where essentially you are funneled through a narrow, compressed hallway where all you can do is continually run forward until the maze progressively expands around your character interacting with its surroundings.

The architectural design decisions made for the production of Control are very effective, as the game has a handful of mechanics centered around movement, especially beyond our current reality. It has aspects of running, throwing objects, and even flying, and the architecture supports that. The interior of some of the main buildings you walk through and interact with are mostly multiple series of overwhelmingly large, interconnected rooms.

Environmental storytelling is a key element in the success of a video game, especially when it is heavily reliant on a backstory or lore that is at the forefront of your objective to pursue and complete. Specific rooms and the items found within those spaces are intentionally put there after the fact to tell us that something happened serving an important role in leading us through the storyline. Instead of explicitly describing events, players are invited to interpret the cause of the outcome from context clues surrounding them, thus, deepening their immersion within the respective virtual world.

Architecture can also tell us stories about culture, for example, the likes of hostile architecture. The design of low walls accompanied by spikes are placed within different urban environments to deter individuals and purposefully guide and restrict behavior. Even the implementation of an urban-design strategy as small as this tells us enough about who and what is valuable to the culture that constructed it, and we can also infer more about the problems the urban area may be experiencing.

In Dark Souls (2011), a city named Anor Londo is a pivotal moment in the game as it’s the player’s first time encountering a landscape characterized by its pleasant and put-together architectural elements. What’s really interesting to note is the designers’ ability to really get into the headspace of an architect, as the city features two different sets of stairs: one in the center with huge steps, and the other as two standard-sized steps on each side. Why you may ask? This design speaks a lot about the history of the city, as Anor Londo used to be shared between giants and humans, and consequently, the architecture reflects that. The beauty of it is that the architectural choices made by the designers are purely for the purpose of story-telling, and choosing to walk up either set of stairs won’t affect your gameplay, but it opens the door of opportunity for even more immersion as a player.

Game designers use material to evoke feelings. In good design, it’s important to consider both practicality and psychology in the decisions made. The purpose materiality serves, therefore, is not simply diluted to its structural properties alone, but equally how it informs a person's experience of a building through its aesthetic, visual, and haptic qualities, as well as its associated social, cultural, and historical meaning. Individuals should feel good when they’re in your building doing whatever it is they need to do unless you're trying to evoke the complete opposite of that. Some games are purposely trying to tell the story of discomfort, and the architecture and psychology of the spaces you’re called to interact with will do exactly that.

Architects are keen on going around and touching buildings for no apparent reason, and whilst the premise may seem quite entertaining (the thought of observing an individual appearing so seemingly intimate with that metal façade on that building you just walked past), it’s important for them to understand what existing in space will feel like for the end-user.

As humans, we each have specific associations with materials and memories of touch which influence our emotions, and although what we see in games and virtual worlds may be considered the furthest from tangible experiences, game designers will still use the concept of material in the same way architects do.

The materiality choices in Portal (2007) tell us a story of discomfort and extreme workplace negligence. As you progress through the game, the sleek, concrete, glass, test chambers give way to the likes of rusted metal and literal broken nuts and bolts. The contrast from the sleek to the gritty gives us as players indications as to where in the building we should be, and where we shouldn’t – all communicated through the use of materiality alone.

Just like physical materials, light is practical, artistic, and psychological all at once. It is the architectural tool that ties everything together, interacting with materials, filling spaces, and the presence, or therefore lack of it, tells an enticing story bringing us as players even deeper into immersion.

In games and real life, light guides us and points the direction of where we should be, and where we shouldn’t be. Game designers once again capitalize on the use of light and acknowledge its ability to bring comfort and the feeling of safety to one, and just how exactly to make us feel unsafe when stripped of its luxury. For example, in horror games where scenes and settings are seemingly normal and almost cozy looking, designers know exactly what they’re doing by making lighting so central to the gameplay – what once appeared as a normal home is now viewed as haunted and a place to be feared just by the shift in lighting alone.

As we progress into the era of real-light ray tracing and improved technology overall for the design of new projects and concepts, designers and architects alike now harbor the ability to light things and imagine the significance of light in the design of buildings and spaces in an even greater way. They now possess the aptitude to make materiality textures pop, to build complex lighting systems, and to create detailed spaces to submerge us into an overwhelmingly large utopia of imagination and creativity.

In video games and virtual worlds alike, architecture plays a bigger role than simply being a backdrop or a standard means of communicating context and culture, but it is a fundamental component needed to transcend players into another world that feels just as authentic as the real world does, with the exception of the added adrenaline and stakes.

The individual’s personal experience, the emotions evoked through their engagement with the likes of video games, and the role that architectural visualizations play in these virtual worlds are all core to bringing the individual to pure immersion. 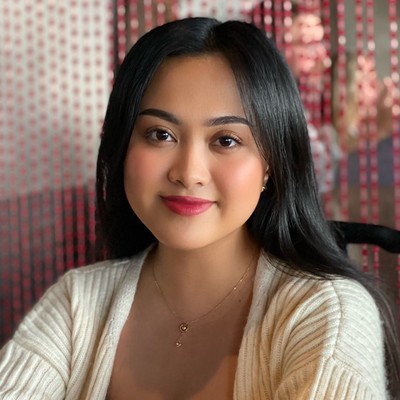 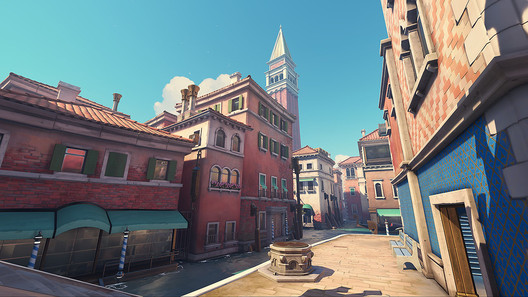