Realistic images and walk-throughs have become an integral part of project presentations. Designers are using cutting-edge softwares and constructing precise 3D models to showcase their work as authentically as possible. As for the world of video games, it is not just about the quality of the graphics or how accurate these graphics are, but rather the immersive experience of visual designs and how the players are communicating with the virtually-built environment.

In an exclusive interview with ArchDaily, Philip Klevestav, principle artist at Blizzard Entertainment, the gaming development company known for Warcraft, Overwatch, and Diablo, shares his insights on video game designs and the influence of architecture on the designing process. 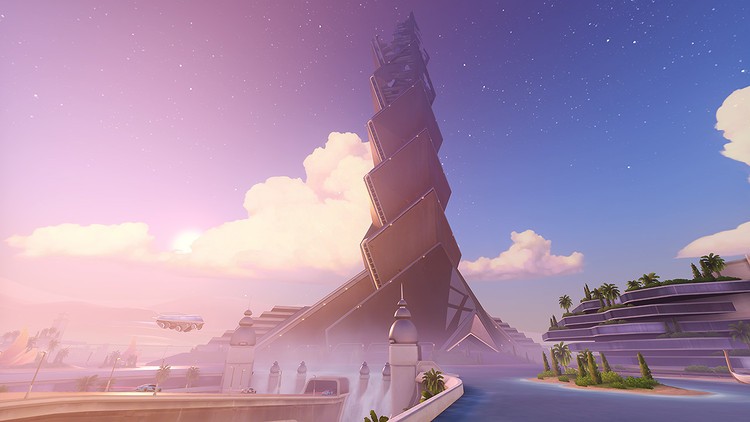 Dima Stouhi: How did you start your career?

Philip Klevestav: I have worked in the games industry as an Environment Artist for about 15 years focusing on many different aspects of environment creation, but the main bulk of my work has always leaned towards architecture. Some of the games I have worked on include: Ghost Recon Advanced Warfighter, Bionic Commando, Syndicate, Natural Selection 2 and most recently Overwatch.

PK: Ever since I was very young, I was very fascinated by how games were made. When I was around 11-12 years old, I started out trying to make my own levels for games that had free editors and tools included with them. At the time it was difficult to find guides for how to use these tools so a lot of it was just trial and error until I found out what worked. During this time making modifications of existing games was popular so I got very involved with a bunch community projects for the game Half-Life. A lot of these projects were never finished but I learned a lot from working on them. Continuing to create my own levels and being part of hobby game projects, I could build up a portfolio over the years and I was eventually hired by a game studio called Grin in Stockholm, Sweden as a Level Designer. After my first project there I transitioned into an Environment Artist role.

DS: What has developed in the visualizations industry from when you started working till now in terms of demands? In terms of programs and tools?

PK: Games have evolved immensely technically, visually and gameplay wise. Tools have become a lot more accessible. There are tutorials, forums and wikis for almost anything you need to create a game now. At the same time a lot of things are much more complex to create compared to 15 years ago. Visually I think having much more powerful hardware now you can just render a lot more things on the screen with higher resolution than before and you can create more vast open environments that you can traverse. Personally, I think the single most important visual improvement is how much more advanced lighting has become in games. You can simulate a much more realistic behavior of lighting in real time now with indirect light bouncing, more accurate reflections and volumetric fog. And with real time ray tracing becoming more viable I can’t wait to see how this will improve not just the look but the workflow of making games in the future!

DS: What is the process of developing the architectural visualizations of games?

PK: In games we don’t need to adhere to a lot of challenges architects have to consider like sustainability, structural integrity, budget (not in that way at least!) and so on. I would say our greatest challenge is to design something appealing looking while maintaining engaging gameplay in the space. In a game like Overwatch where the maps are based on real life locations this can become very tricky at times. Before beginning to work on any map we gather a lot of reference and try to find out dominant and recognizable architecture for the area. Cultural reference is also very important: what kind of food is popular here? What modes of transportation stand out? Are there any specific celebrations or festivals that are very local to this area? We do take a lot of liberties with every location we make, but we still try to keep every place recognizable as much as possible and adding landmark architecture wherever we can. One of the most important parts of Overwatch maps (and this goes for any fast paced first person multiplayer game) is that you need to be able to navigate the spaces and recognize exactly where you are at any time, so a lot of focus is spent on making sure every area of the map has something to set it apart from other areas. Sometimes this means traversing through an older part of a city into a more modern or futuristic area. Sometimes it means going between exterior and interior spaces to help with navigation and visual progression throughout a map. Color, material and lighting are great ways to distinguish between various parts of the maps.

DS: On average how much time does it take to complete a project?

PK: A regular Overwatch map usually takes about 3-4 months to complete on the art side. It depends a lot on complexity and size of the map. Smaller maps might be as short as 3-4 weeks and very complex maps could be over 5 months.

DS: Based on your experience and expertise, what do you think gamers focus on the most in terms of visualizations?

PK: In a fast PvP (player vs player) game like Overwatch I think gamers will focus a lot on how readable spaces are. If we add too much visual noise and clutter it becomes very difficult to navigate and see other players, if there isn’t enough detail scale will become difficult to judge. It is important to not have too much contrast between materials and not add too much small detail everywhere. I think a lot of different aspects goes into making a space readable such as shape language, composition, materials, contrast, lighting, atmosphere and color. Having focus tests and seeing people play the maps you are working on for the first time can be very helpful to help make the right choices where to improve the map visually, it also helps to see areas you might have thought were a concern ended up less noticeable when seeing someone else play. We tend to focus most of our visual interest at eye level of players, we aren’t creating static scenes where you only see an environment from one perfect shot so things need to look interesting from any accessible angles.

DS: How does a degree in architecture contribute to a career like yours?

PK: As someone who doesn’t have an architecture degree myself unfortunately, I think it can be very valuable to have people on the team who does and knows the proper terminology. Especially when working on anything that is supposed to be set in a real location. It can be helpful as a sanity check that the things you have created adheres as much as possible to the architectural rules of the area you are trying to capture. It is also a great help for how to set up spaces to make more sense and keeping measurements and standards natural. I would say especially having worked closely with one person who held a degree in architecture I learned a lot of things from this person over the years and it also helped me gain a lot more interest in architecture in general. Even if just at a hobby level I love to learn as much as I can about architecture, I think something that ended up being especially helpful to me have been Francis D.K. Ching’s books: “Architecture: Form, Space, and Order” and “A Visual Dictionary of Architecture”. In the end working on games we still always have to mind gameplay first meaning a lot of decisions become a compromise so some things definitely doesn’t make sense architecturally, but I think as long as the general idea comes across that is ok in a game.

DS: What is your favorite map?

DS: If you had the ability to create anything that would take architectural visualizations to the next level, what would it be?

PK: In games I hope to see more improvements to lighting technology, being able to work with very accurate lighting response in real time will improve visual quality and time it takes to build a scene. Even with today’s powerful hardware there are a lot of tradeoffs you must do to be able to have a game run at 60 frames per second in high resolution, especially if you target multiple platforms. Things like shadow casting quality, indirect light resolution, reflection quality and so on. My hope is that these can all be part of the same real time solution (like ray tracing light and reflections) where you truly see everything you do in real time. For example, if you create a room with a window, the scene is instantly illuminated from the sky outside with accurate soft shadow casting and accurate reflections. I think being able to see this as you create a space will change what decisions you make, where you spend your time and how you layout your scene, what materials you use where and being able to illuminate large spaces with fewer light sources or only natural light.

DS: What do you see for the future of architecture visualizations in games?

PK: I think as hardware continues to improve there will be even more freedom in how to create games. However, as you have more power to work with, it will be more important than ever to think about how spaces are laid out, how buildings relate to one another, how lighting plays off the architecture and most importantly how to fight the urge to overly clutter a scene with extreme detail and contrast just because you have the means to do so. With less technical constraints it is very easy to go overboard with detail where it is not needed. It might be an impressive display of how much can really be rendered in real time, but it often doesn’t lead to an overall more pleasing image to look at. Art assets in games are sometimes worked on in a vacuum while the relationships between different structures and the natural terrain can be missed. You might have a great looking building design by itself, but how does it work in the context of where it is in the environment? I think we can learn a lot of lessons about this from real life city planning and architecture where these issues are a constant concern. I am also very excited to see tools that have been traditionally used for games like Unreal Engine starting to be utilized for real time architecture visualizations and even movies and commercials. I think there may be a lot of mutual benefits from this across these different industries. 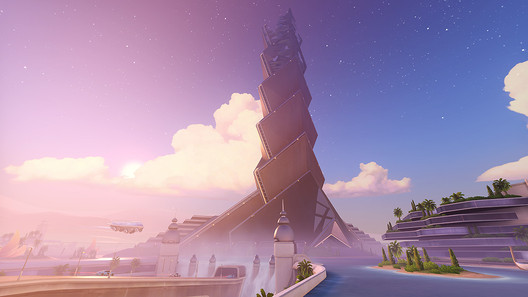