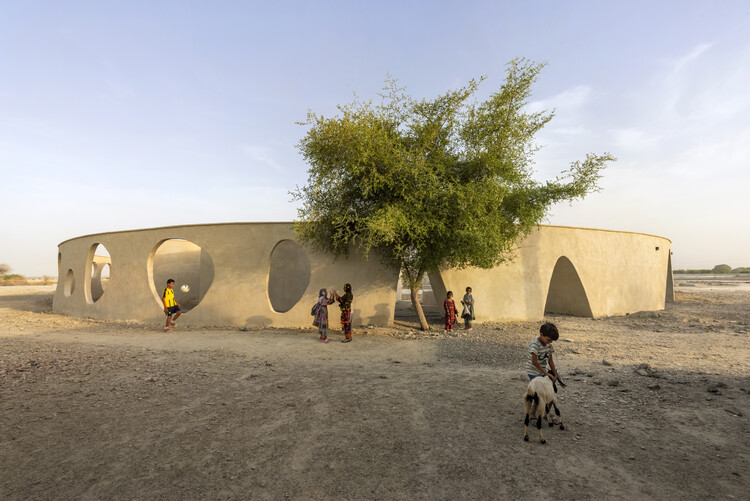 Project History - The project is a public call for the Construction of a school with a sustainable development approach by a non-governmental organization called Iran-e- Man, which has been working in the field of school construction for several years and on the other hand, the request of the people and youth of Seyedbar-Jadgal village (100 km from Chabahar) from this institution to build a school in their village. As a result, the architectural design team and project facilitators voluntarily began designing and supervising the project construction process. Initially, the team carried out architectural and social studies in the village and the region for several months. In a participatory way, the needs and shortcomings, potentials, and capacities of villages and indigenous peoples were identified, themed, and prioritized.

Considering that this project had a limited budget and was to be built only by people's donations, we did not plan "a build and donate" scenario and instead opted for a participation method of Construction that would promote sustainable development and produce social, economic, and cultural infrastructures. As a result, we designed a school with the idea of becoming the village and its dependent communities' development center. In this way, the school was a place of education for children and a point of gathering and learning for everybody in the village.

In order to materialize this idea and in cooperation with social facilitators, some fundamental works such as doing group work, inviting villagers to maintain the hygiene and cleanliness of the village, building septic sewage, and setting up a needlework workshop and an Instagram page -called @Banook to showcase and sell needlework products- were undertaken. In this way, the women of the village were engaged in social activities. However, it also promoted their presence in the social and economic realms of the village and helped women to be socially seen as more effective. In addition, in coordination with the social participation method of development, people of the village helped by working as site laborers to build the school. But that was not all they did as the village families contributed financially and helped by selling needlework for the school to materialize. This way, the school was built by public participation and gained the goodwill of everyone in the village.

At present, apart from the educational function, this school has other functions such as a children's play area on holidays and nights, a gathering place for villagers and their families, a place to watch movies and football in groups, a library, and a tourist residence. The school is managed and maintained by a team of villagers and teachers, and part of the income from the tourism and needlework sections is spent on its maintenance. In this way, the school is built with the participation of the villagers and is eventually maintained.

Project Description - Seyedbar Village's school, covering 470 sqm in one floor, consists of four elementary classes with the ability to combine and overlap with each other, a library, a multi-function hall working as a conference room, workshop, or exam hall, and main and secondary play yards that are designed while aiming to become the village's community center and educate its whole population.

Considering the population of the students in relation to teachers in this village, and through adhering to school renovation codes, the school needed four classes. In designing the classes, each two-class varying in size were connected to each other. In the largest category, there is an intermediate space that enables the younger students to join the larger class, taking advantage of the training of one single teacher, necessary due to the limitation of teaching personnel, as well as giving them a space to engage with senior students.

Material, Construction, And technology - In alliance with the school renovation codes by the Legislative Institution and Control of School Construction in Iran and the necessity of building earthquake-resistant structures, the school's structure was constructed with the ICF method, Insulating Concrete Formwork. By utilizing polystyrene panels (EPS), galvanized iron profiles, and reinforced concrete, the structure was constructed without any columns- thanks to the design's curvilinear forms. The final coating layer that was applied is a semi-local material consisting of cement and local soil called Simgel that prevents rusting due to floods and excessive rain and creates harmony with the surrounding colors and textures. And In case of destruction or cracking, it can be easily repaired by the villagers.

Project Significance and Impact - The circular form of the schoolyard and the way classes are arranged formed with the focal concept of education, meaning "learning together"- void of hierarchical systems and in a democratic style. The rotation of the class layout while connecting them on their corners allows for air circulation between the classes and produces small secondary yards for doing some group work and outdoor activities. Consequently, with this spatial diagram, we gained a central primary yard in the middle of the school as an assembly point for school children and village residents, a circular space around classes and between the thick penetrated wall and classrooms, as well as private yards.

The concept of a surrounding wall is traditionally understood as protector, separator and generally stands for a masonry-built guarding device. In this project, however, through the school's unique location, being in the middle of a relatively flat vast field, the school wall was treated as a penetrated inviting playful shell. The openings within the wall are arranged so that from the point of view of a seating person in the class, the extension of the surrounding plain can be seen. Having various sizes and shapes, these openings provide students with multi entrances to arrive at the school. Moreover, by increasing the thickness of this continuous yet penetrated wall, some essential functions of the building such as a tuck shop, a school guard's room, and a storeroom were housed while the main entrance was emphasized, gaining depth and inviting people within.

In designing this school, we envisioned education as a dialectic, bilateral, participatory driven concept, and accordingly, the conventional school spaces that act as platforms of these ideas were transformed in this manner: converting school wall from "separator" to a shell structure that performs as a penetrated borderless playful skin that invites people to gather and encourages the community culture while reinforcing communication between people. This transformation was performed in order to destroy hierarchy and strengthen questioning culture, shining a light on the most basic meaning of going to school, which is "being together". In conclusion, we aimed to create a school that is a nest for nurturing creativity, freedom, and critical thinking.

The project started with an effort to change the villagers' intellectual and social layers, empower rural women, create public participation, and turn it into a lever in building a school. Finally, by challenging the political and social concept of the boundary (The Wall) between free will and coercion in the presence of the school - in a society traditionally dominated by tyranny - it was able to overwhelm the mental majority of most villagers - who initially opposed the Construction of the wall and make the school the center of the neighborhood and gathering of all residents. An exercise to influence architecture in the transition to democracy. 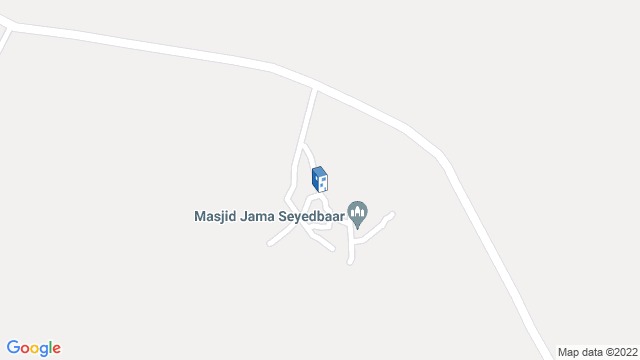 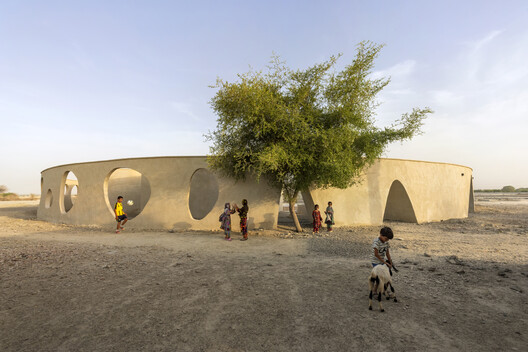