The climate crisis has been one of the focal points of 2021, both within political discourse and the architectural field, accompanied by a newfound acknowledgement of the issue's severity. Over the past year, the IPCC report revealed the severe consequences of inaction, while COP26 and G7 summit resulted in an insufficient commitment to immediate and palpable measures. The AEC sector, responsible for a staggering 39% of global greenhouse gases, can bring a significant contribution to curbing climate change and the following looks at the decarbonization efforts of 2021 that target this industry. 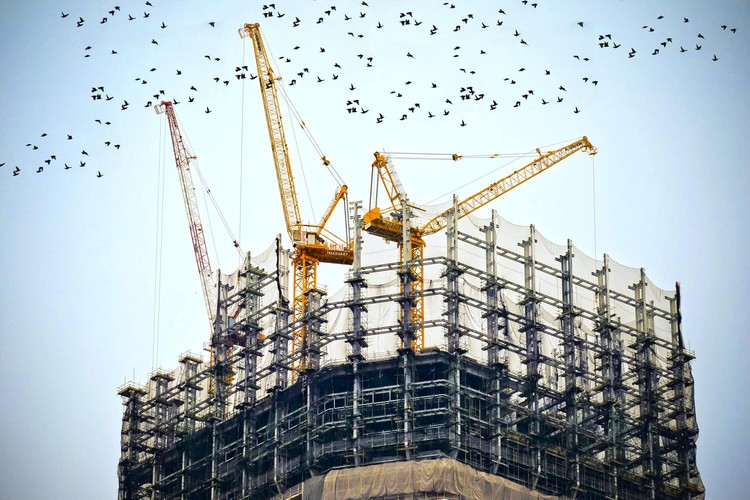 Since the 2015 Paris agreement, mitigating climate change has been established as a common, world-encompassing goal; however, decarbonization efforts have not been on track. Earlier this year, the IPCC report revealed intensifying climate change, sparking widespread discussion over insufficient action. The Intergovernmental Panel on Climate Change, the UN's body for assessing the science related to climate change, has published a comprehensive report documenting the extent of global warming, providing new time estimates for crossing the 1.5 degrees Celsius threshold, and urging immediate and large-scale action to reduce greenhouse gas emissions.

According to a World Meteorological Organization report published in May, there is a 40% chance that the 1.5 degrees threshold will be exceeded for at least one year by 2025. In June, G7 leaders pledged to raise their contributions to help less developed countries cut carbon emissions, support the shift to renewable energy, and deal with the effects of climate change. However, a similar pledge was made in 2009 and was, for the most part, unmet, while this year, no firm commitments have been made.

Leading architecture organizations and figures attended the 26th UN Climate Change Conference of the Parties (COP 26) in Glasgow to show the AEC's industry's commitment to reduce carbon emissions and urge decision-makers to implement clear targets to achieve global climate goals. Ahead of the event, sixty of the world largest architecture, engineering and construction firms, together with some of the most important architectural organizations, have signed the 1.5oC COP26 Communiqué, an open letter to governments demonstrating their commitment to meet the Paris Agreement goals and calling on governments to do the same. The Communique was supported by Union Internationale des Architectes (UIA), American Institute of Architects (AIA), RIBA and BIG, Arup, Perkins& Will, SOM, Studio Gang, Gensler are among the firms who signed the open letter.

Building operations are responsible for 28% of annual global carbon emissions, which links the decarbonization of the AEC sector with the pace of renewable energy implementation. This year, California mandated solar panels and battery storage for new buildings in a move towards establishing a 100% clean energy grid. The measure proposed by California Energy Commission in August was included this month in the state's 2022 Build Energy Efficiency Standards, a standard revised every three years to shift the state's building stock towards clean energy and carbon neutrality. Just this month, the New York City Council has officially voted to eliminate natural gas connections to new buildings as part of the city's efforts to become carbon-neutral by 2050.

Concrete, steel and aluminium account for 23% of total global emissions; therefore, the decarbonization efforts within the AEC industry depend heavily on material innovation and changing material practices. The Global Cement and Concrete Association (GCCA) announced its commitment to cut carbon emissions by 25% by 2030 and reach carbon neutrality by 2050. The GCCA, comprising leading cement and concrete manufactures that make up 80% of the concrete market outside China and some Chinese manufacturers, has revealed a detailed roadmap for achieving its goals, which includes finding alternatives to clinker, using renewable energy, and capturing carbon.

At the same time, numerous innovative sustainable materials have been developed, of which some have significant chances of entering common usage. The architectural field has also shown its endorsement of new material practices by granting the Golden Lion for Best National Participation at the 2021 Venice Biennale to UAE's Wetland participation, which showcased an environmentally friendly alternative to Portland cement made of recycled industrial waste brine.

As the construction process can amount to half of a building's lifetime carbon emissions, the adaptive reuse and retrofit of existing buildings are critical strategies in reducing embodied carbon. Not only are resources conserved by recycling spaces, but the lifespan of structures whose fabrication generated large quantities of carbon dioxide is extended. In recent years, the profession moved away from the idea of architectural expendability, and adaptive reuse entered common practice, with the trend becoming more widespread over the last year in architecture media and practice. 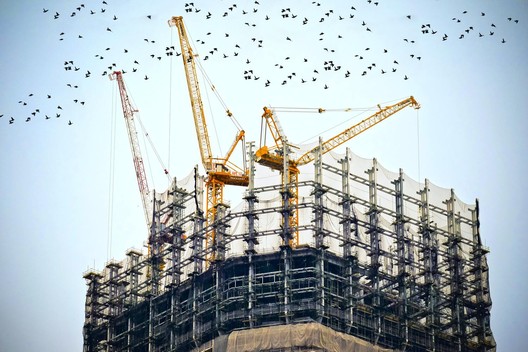