Save
Versatility and Technical Domaining: Getting to Know FGMF Arquitetos' Work
Share
Or
Copy

Born in the corridors of FAU-USP, FGMF Arquitetos began as a wish of Lourenço Gimenes, Rodrigo Marcondes Ferraz and Fernando Forte, three young friends. It became a reality in 1999, when they formalized the office and began the award-winning career they have established. 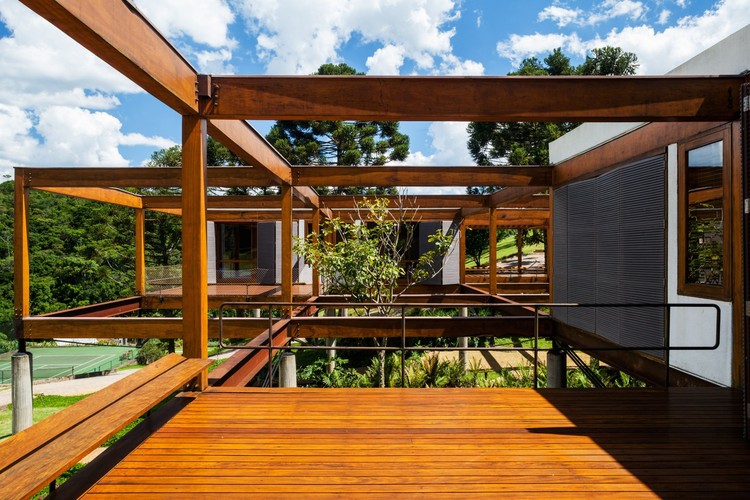 As a trademark of the trio, it is possible to highlight the versatility imbued in the ability to work with different programs, materials and clients. Spanning various scales, from furniture design to urban projects, the office moves through challenges and explores the expanded field of architecture. Influenced by names such as Tadao Ando, Eduardo Souto de Moura and Renzo Piano, FGMF aims to produce contemporary architecture without technical, constructive or material restrictions, understanding the importance of the presence of the architect at the construction site as an interlocutor between design and work.

They claim that they do not seek to follow predefined stiff formulas, facing each new project as a blank canvas, an opportunity to use design as a research tool in the creation of a new vision of building, object and city. In this sense, it is possible to see in their works the capacity for experimentation combined with both great technical and structural domaining that allows bold and audacious forms, such as Mirante House and its metallic elements or Grid House with a wooden structure, through which the office achieved great national and international projection.

Nowadays, with more than 360 projects in their portfolio, the office which is headquartered in the Pinheiros district, in São Paulo, has a team of over 80 employees working in several segments such as residential, commercial, hotel, hospital, with works spread all around the world. Check out a selection of FGMF Arquitetos' projects.