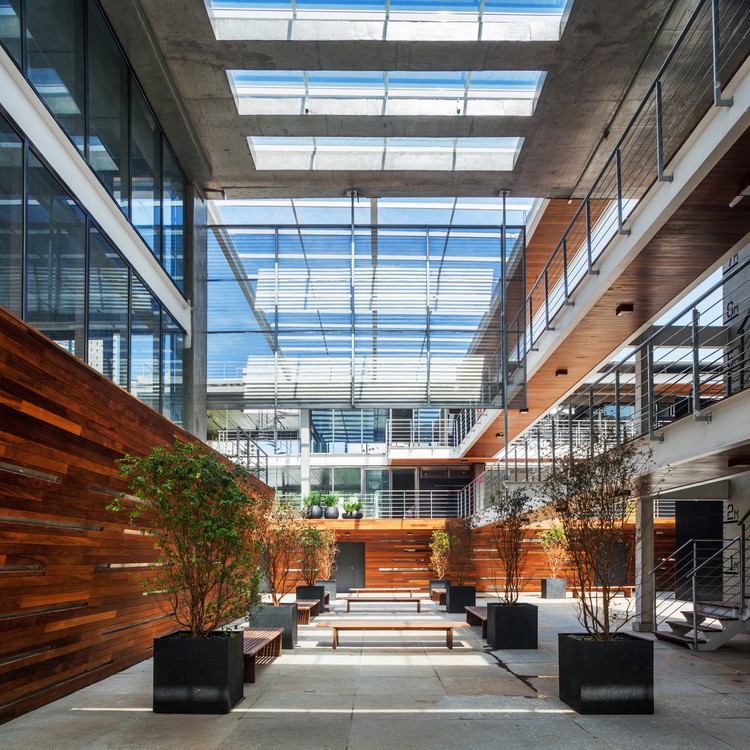 Text description provided by the architects. Corujas building, located in Vila Madalena, is a building of offices of several sizes and shapes. The proposal for this structure is creating a more humanized space for work, going in the opposite direction to the traditional mirrored glass cubes located in regions of São Paulo, such as Faria Lima or Berrini Avenues.

The height limit of buildings in the location, of only nine meters, led us to a horizontal solution, and the shape of the plot led us to split the building into two, frontal and posterior. The starting point of the project came up with the desire of creating an architecture which would enable the offices to have, besides their closed areas, generous porched spaces for outdoor meetings, and their own private gardens.

For such, we have used some resources such as: garden ceilings, large glazed façades, generous spans and not so conventional porches. The sets located on the ground floor are double ceiling height offices, taking advantage of the natural land slope. Thus, the visitor arrives through a mezzanine and can go downstairs to the main work area, where there is the porch and its private garden at the back, a place in which there are original fruity trees yet. The constructions on the ground floor have a determined volume that we call “basement”, and this volume ends up reaching the neighbors’ limits and is wider than the rest of the construction. In order to intensify that differentiation, that floor is all wrapped in wood.

The basement upper floors do not reach the borders and are smaller than the lower floor. In these parts, we have opted to make the precast concrete structure visible, and on the intermediate floor, which is of metallic structure, this structure is visible in white. All that part is completely glazed, contrasting with the much more opaque basement closure. Over the basement parts, that are larger than the upper floors, garden ceilings arise; they are the private gardens of the first floor offices. And the large porches, either with simple ceiling height or double ceiling height, come up among the sets, in between the precast pillars.

The top floor, on the other hand, has the same porch system the lower floor has, but in these porches there are metallic stairs with independent access to the rooftop. This rooftop works as a private garden ceiling of each one of the sets on the second floors, enabling that even the highest floors can enjoy their own gardens.

The mechanisms and organization described above allowed their very spatiality, rare in offices buildings in São Paulo. That spatiality seems to us extremely appropriate to the climate of São Paulo and particularly to the location, a bohemian and cultural neighborhood of Vila Madalena, in which the pedestrian scale and the act of living together among people is in the foreground. Aiming to reinforce theses issues, in the building there are many living areas, bicycle racks, common changing rooms and even a Café so that the users can meet each other and also work in the common areas, almost creating a micro-community. It is completely the opposite of modern office buildings, which highly segregate their users from each other.

The construction aspect is also another interesting aspect in this building. Even though it is a highest standard office building, it was conceived in a precast concrete structure, which is made visible almost all over the construction. It is a way of saying that the precast material can be as interesting as any other. There are also large parts in metallic structure, visible as well, that make the intermediate floor surprisingly light, almost as if it was lain there. That metallic structure, together with the casements, flooring, ceiling with large openings and light metallic louvers constitute a sort of kernel, with transparent filling of the precast structure that can be observed from the street by the visitor, in a way that the dynamics of what is happening inside the building is part of the neighborhood’s daily life. 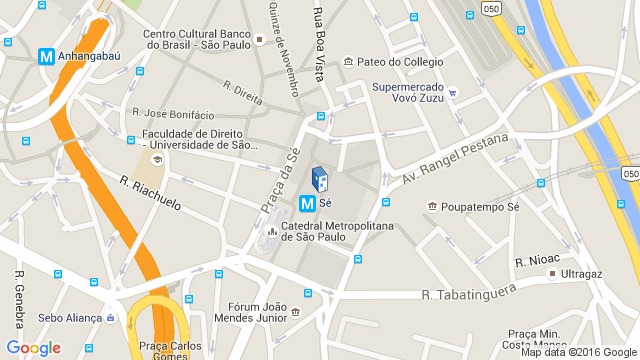 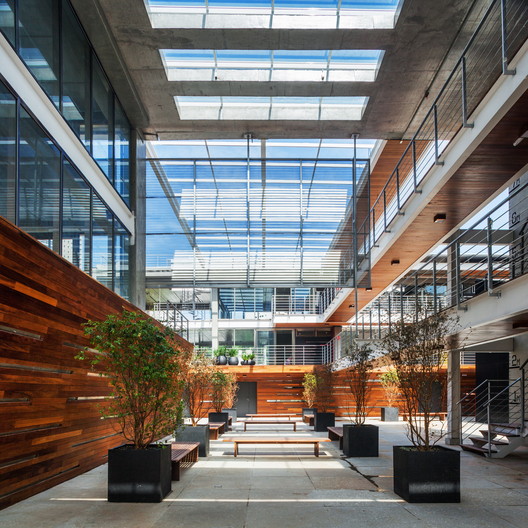