Save
"Images Tell the Truth of the Author": Behind the Scenes with Pablo Casals Aguirre
Share
Or
Copy 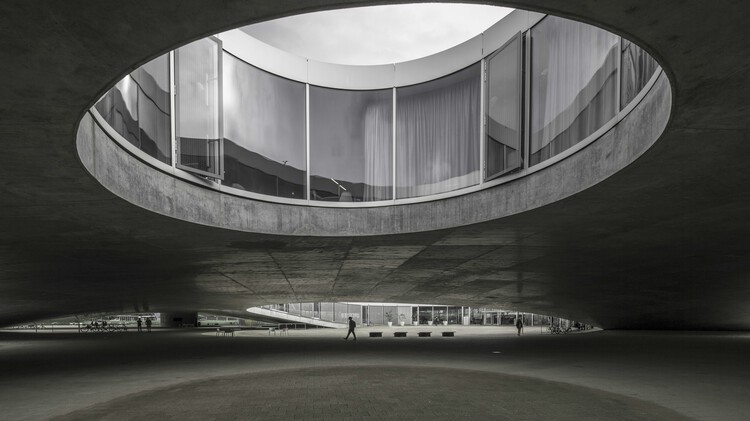 In this episode of “Behind the Scenes”, where we showcase the work of visionary photographers and ask about their experiences beyond what is seen by the public, we present Pablo Casals Aguirre, an architect, professor, photographer, and filmmaker based in Santiago, Chile. Here, he shares his methodology, which he developed with references to cinema, and highlights his intentions of translating the best architectural works into imagery - be it still or in movement.

ArchDaily - Victor Delaqua (VD): How would you define your style?

Pablo Casals Aguirre (PC): As a photographer, more than a style, I have a special way of looking and observing what I have in front of me. Through my work, I try to pause time with light, revealing what is behind the image. I am passionate and excited about telling stories through these images, whether they are moving or still.

In the case of still images, the time of contemplation is determined by the viewer, whereas in the case of moving images, this time is defined by me as the author. It is interesting to explore this constant crossing that I do between both disciplines - it makes me tuned when I try to discover new ways of doing and new ways to tell my stories.

PC: Oh, a classic question! Of the ones I've been to, the The Benedictine Monastery in Santiago de Chile, and of the ones I haven't been to yet, The Therme Vals by Peter Zumthor.

VD: Do the pictures tell a truth or a lie?

PC: I believe that images tell the truth of the author and not necessarily the truth of what exists at that specific moment the image was made.

PC: Not at all! Editing or post-production is vital, maybe not so much in photography, but in short films, it is, since there are several frames and not just one. It is necessary to give an order, a rhythm to the story, to look for a narrative that, together with sound, will create the final piece and it can move and, above all, be able to say something about a specific subject.

Now, if I stop a little more to think about the question, I could also say that if there is a lot of manipulation in photography, it is not the same to show an interior space with a 17mm lens as with a 24mm or a 35mm. When there is a client or commission, the client asks and demands things that are not entirely ethical, such as using a specific lens to make the space look bigger than it is or erasing and altering things that were not resolved in the design process. Oftentimes we, the photographers, are the ones who get to fix those details. For our part, we don't agree with this practice; in fact, either we try to avoid it or we don't do it at all. We are not experts in apps or software, so we try to be as pure as possible while shooting and setting up the camera on location, and avoid spending too much time in the studio. It's better to spend more time on the field than indoors working on a computer.

VD: Do you remember your first shot? What was it?

PC: My first shot! Wow! The first one was during my childhood. I grew up among cameras, with my father who was an engineer and recorded all his works on film and photos. This is when the experimentation and obsession for observation and patience began, waiting for the right moment. My first shot when I was older, when I worked from the unconscious, was at Le Corbusier's Curutchet House in La Plata, Argentina. That was the first project that I photographed and filmed, not knowing that it would be the first of many. The most beautiful thing is that I did it without any expectations, just because I felt it at that moment. When the photographer and the work merge, the soul of the project appears, thus revealing what others fail to see.

PC: A piece should always be documented and not considered as a possibility. The first thing is to know and understand the territory or place where it is located: the path of the sun, the period of the year in which the session will take place, etc. On the other hand, if it is a commissioned work, it is important to know what that commission is and to know how to respond to it. From my particular experience, I have always believed that I am more than a photographer, that I am an interpreter or a mediator.

Without a commission though, I have a different approach to work. To make a good architectural image, it is quite unnecessary to have high-end equipment or the best technology. What is needed is practice and knowing that the gaze is built every day and every moment. Although we can not deny that with a good camera you can take a photo with better resolution and print it in larger formats, but today, smartphones allow everyone to experiment with being a photographer and make beautiful images. Today, the issue is not that, it is what to do with it.

VD: What mistake should a young photographer avoid?

PC: A photographer who is just starting out should know that that you will always make mistakes! Even when you are a professional with years of experience in the field. That's what it's all about, trial and error, trial and error. In the process, magic and learning happen. Going out on the street with your camera to take pictures without fear, without restrictions, without limitations - always experimenting, composing, trying different techniques. If I could give some advice, I think the key is to love what you do, and to be constant, to have the determination to achieve your goals. Don't listen too much to others and follow your own intuition.

PC: My influences come more from cinema than photography. Hitchcock, Kubrik, Wenders, Herzog & Anderson to name a few. Regarding photography, my teacher is undoubtedly Sergio Larrain. I could also mention Poirot and other like Gursky and Shulman.

PC: I wish the sun lasts longer during sunrise and golden-hour! I'm always running around and usually never manage to cover the best angles of the project at those times. The sun moves faster than one would believe.

PC: The process with architects is very fun and demanding at the same time. They usually call you and ask you to capture a certain project. I ask them for preliminary plans and photos to get an idea, as well as the location where the work is located. Then we put together a proposal according to the client's specific inputs, requirements, and timing. The session(s) and its timing depend on the geographic location. Usually, remote locations take more time than closer locations, especially when there are more changes in the weather. Once the photoshoot is done, we go to post-production, where the final images are preselected and classified with codes in a PHOTOKIT, and delivered to the client to select a number of photos based on what we initially agreed on. After this stage, we follow up with the architect or client concerning the diffusion of the project in different media, either printed or digital. 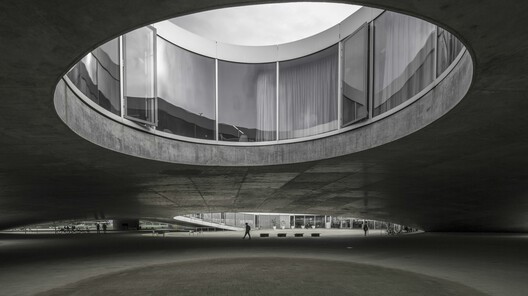