Henning Larsen won the competition to design a new university building for the Management Center Innsbruck (MCI), the studio’s first project in Austria. Founded in 1995, the MCI outgrew its facility in the city centre, and the competition was meant to establish a new unified campus, gathering together the many faculties now scattered on different locations throughout Innsbruck. The design consists of an isolated object with no back or front featuring multi-story voids carved into each façade, establishing distinct relationships with the surroundings and framing views of the Alps. 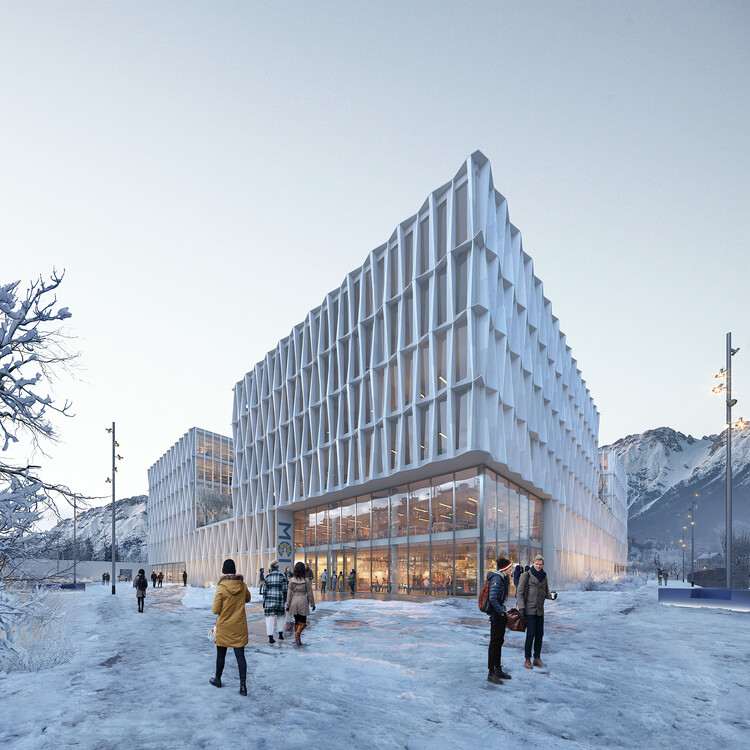 Located at the edge of Innsbruck city centre, near the SoWi University and the Innsbrucker Hofgarten, the new project leans into a more fluid understanding of educational architecture, focusing on creating a variety of learning spaces that also encourage interaction. At ground level, classrooms and lecture halls are placed along the edge of the building, framing a fluid interior space with a large staircase that becomes a social core for the student community. The learning spaces on the three subsequent floors are designed to be flexible, containing “unprogrammed” spaces and classrooms in almost equal shares.

We found a wealth of inspiration in the landscapes and geography of Tirol, especially in the way changing light alters the way you see the mountains throughout the day. The façade is an interpretation of this – the depth, verticality, and angularity of the façade give the building an appearance that changes throughout the day and the seasons. - Associate Design Director Lucas Ziegler

The carvings in the built mass create green terraces shaped in relation to the immediate surroundings, with the mountain-facing entry featuring alpine flowers, while the south terrace presents a more urban landscaping. Natural light has been carefully considered, emphasising indirect light achieved through the depth of the facades. The project is expected to break ground in autumn 2023, with move-in scheduled for early 2025. 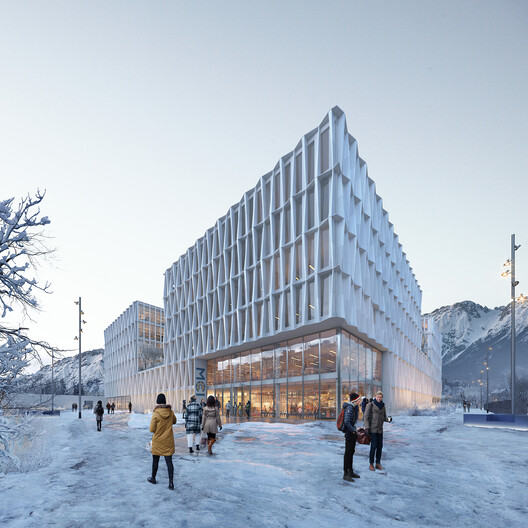