Diller Scofidio + Renfro (DS+R) with a team led by Charles Renfro has been selected to design Rice University's New Arts Building named the Susan and Fayez Sarofim Hall. The design will serve as a new gateway to the university's campus and will incorporate exhibition areas, labs, studios, shops, faculty offices, and other facilities in a prefabricated expandable building. 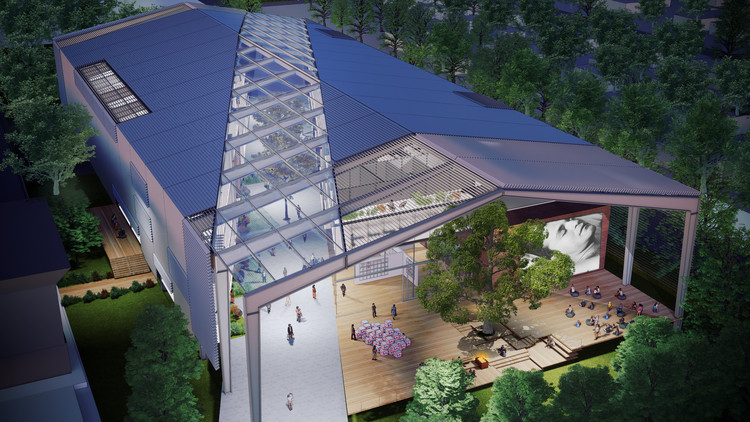 The building's design pays tribute to the mass-produced, pre-engineered metal structures of Art Barn and Media Center, which were commissioned by Houston arts patrons John and Dominique de Menil in 1969 when they founded the Institute for the Arts at Rice. Sarofim Hall liberates the steel frame from its skin, transforming the structure into an exterior mini-campus, welcoming students, faculty, and the general public into its covered exterior spaces. Every space and surface, whether indoors or outdoors, serves a promotor of "making, thinking, discussing, experimentation and innovation" all under one roof.

The building anchors one of the university's growing key departments, the Visual and Dramatic Arts, designed with the potential for additional spatial expansions. As explained by Renfro, “the building shell is thought of as a piece of infrastructure: simple, durable and timeless, while the insides can transform as needs change”. Accordingly, the studios and facilities are designed in a flexible approach, encouraging students to curate their own work areas according to their artistic needs.

DS+R’s design for Sarofim Hall also incorporates a glass-lined pedestrian ArtStreet that divides the four-storey structure and acts as a new entrance to the university, inviting passersby to explore what’s happening inside the new space. The unit will be built adjacent to the Moody Center for the Arts nearby the Shepherd School for Music’s Alice Pratt Brown Hall and the newly constructed Brockman Hall for Opera. 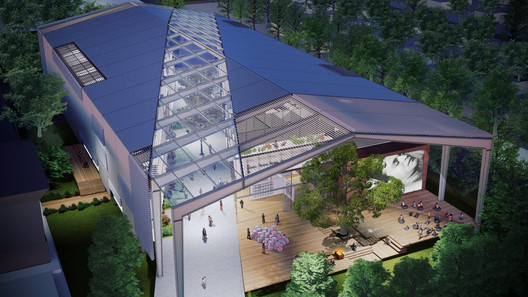