Save
The Distinctive Mosques of Sub-Saharan Africa
Share
Or
Copy 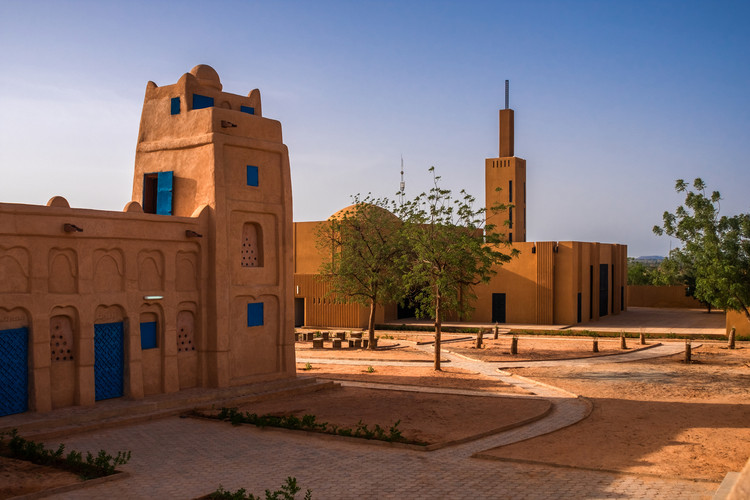 This can be exemplified best by looking at the typology of mosques in sub-Saharan Africa. Islamic architecture had its origins as soon as the religion was formed in the 7th century, as religious functions – such as the call to prayer – were given architectural expression in the form of interventions such as the Minaret. This strong link between function and design means that in a lot of places, mosques have a fairly standard design, influenced by Roman, Byzantine, Persian, and Mesopotamian architecture. Many contemporary mosques in sub-Saharan Africa follow the model seen in the Middle East, but the presence of mosques that depart from that model necessitates a broadening of what the term that is “Islamic Architecture” entails.

An exemplary example is the HIKMA Religious and Secular Complex in the Nigerien village of Dandaji, designed by atelier masōmī. Instead of simply importing the standard mosque model of the Middle-East, which would necessitate the use of unsustainable materials in the Nigerien context, the project features the use of locally fabricated compressed earth bricks, requiring little maintenance. The mosque might not be viewed as a traditional example of “Islamic Architecture” as it has a relative lack of ornamentation when compared to its counterparts in the Gulf State, but it highlights the nebulous nature of architecture that has a religious purpose.

The ‘Soudanese’ mosque style – belonging to the area known as Western Sudan, is perhaps the best example of a widely adopted sub-Saharan mosque typology. Spanning from the River Senegal to Ghana and the Ivory Coast, clay and organic forms are a key component of these mosques. While the Islamic Architecture inspired by the forms of the Middle East features domes as a key element, the materiality of these clay mosques means that flat roofs are a more appropriate option, with undecorated interiors in contrast to the patterned interiors of mosques such as the Sultan Ahmed Mosque in Istanbul.

Over in Mali, the “Mande” style was propagated, with the use of conical forms and decorated with pilasters and relief elements. The Great Mosque of Djenné can be viewed as an emblematic example of this, with its monumental quality offset by the simplicity of its façade.

The mosques on the Swahili Coast are also another example of the mosque typology adapted to its place in sub-Saharan Africa. The eleventh century saw Swahili builders adopt coral to construct their mosques, with it also being used to create sculptures around the Mihrab – a niche that indicates the direction of Mecca. The Great Mosque of Kilwa in the Tanzanian island of Kilwa Kisiwani was one of the earlier departures from the traditional layout of mosques – as it omitted the presence of a courtyard.

The mosques – both contemporary and old – present in sub-Saharan Africa come in a variety of architectural styles, materials, and building traditions. New building methods have been adopted that have been influenced by European building styles, with materials such as cement now widely adopted across the continent. Economic migration has meant that some mosques are rebuilt not with local materials but with cement, seen as a more ‘modern’ material. With the proliferation of a homogenised mosque typology across sub-Saharan Africa, it’s important to also look at the mosques which have architectural elements that go against the grain, and which point to Islam’s highly diverse history in the region. 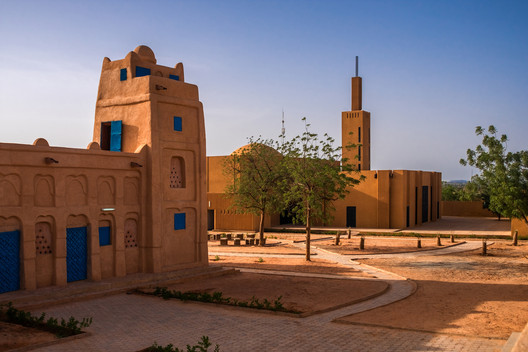