OMA/Jason Long’s 11th Street Bridge Park has reached new major milestones in its design and capital campaign after a series of design refinements. The design team has further improved the program areas across the bridge park, and has shifted the locations of the amphitheater and main gathering space, extending its capacity up to 250 people. Finishes and landscape designs have also been refined, whereas the pedestrian pathways, terraces, centers and public plazas have remained unchanged. 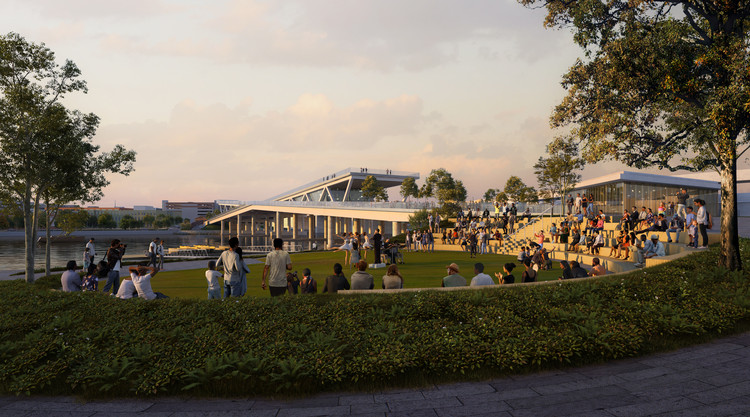 The project is nearing 65% completion of its intermediate design and is expected to move into the final construction phase this coming fall. The team has also secured 85% of the $139 million total project budget through the continued support of funders and Washington D.C.’s new 2022 budget, which is anticipated to support the project over the next five years.

The competition jury for Washington D.C.'s 11th Street Bridge Park has unanimously selected OMA + OLIN's design to turn the ageing freeway structure over the Anacostia River into an elevated park and new civic space for the city back in 2014. The project was granted approval by the National Capital Planning Commission (NCPC) at the beginning of April 2020. Their winning proposal pulls the ends of the bridge upward to form an X-shape, providing shelter for programs such as a performance space and a café, as well as plenty of open space for plazas, lawns and urban agriculture plots.

Also revealed this week, OMA New York has designed a new 145-meter pedestrian bridge over the Apatlaco River in Jojutla de Juárez, Mexico, as part of a larger reconstruction effort by Infonavit (National Workers’ Housing Fund Institute) following the 2017 earthquakes. The designed bridge "dodges private properties, crossing the river twice, and anchoring itself to three distinct points of the city: Panchimalco, a colony south of the municipal capital; the blocks at the bottom of Pacheco alley, in close proximity to the historic center; and the Juarez neighborhood, the most central but most damaged by the earthquake," as explained by the architects in the official release. 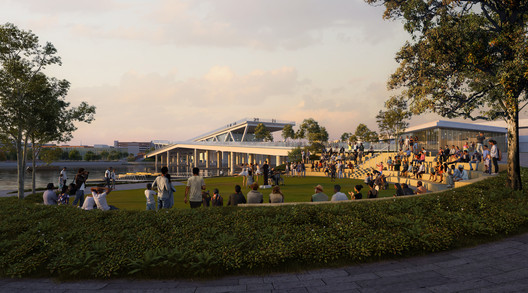