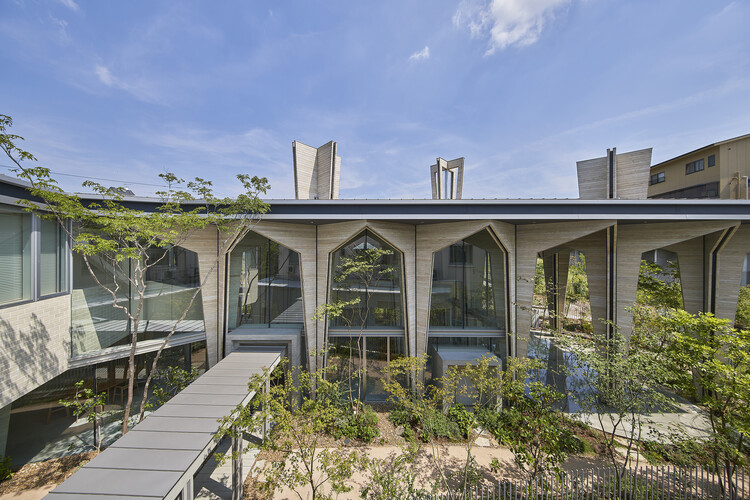 Since 1978, in harmony with the surrounding environment and neighborhood history, Tsukushi Nursery School has undergone constant remodeling and expansion. One of my children was going to the nursery, and the opportunity presented itself to design “Peanuts”: a nursery building for newborn babies between 43 days to 12 months, which was completed in 2012. In the following years a few houses north of the property were demolished, and in 2018 an expansion project was initiated.

The nursery is located in a peaceful landscape, surrounded by old country roads, water channels, farmlands, and some houses near the foot of a mountain. On the nursery premises there are several buildings – the main nursery, a multipurpose space, a shoe storage, and so on – that are all located next to each other without much consideration for how they interact and harmonize with one another, yet, paradoxically, seem to have a good balance. The combination of older and newer buildings - which is uncommon at other schools that are usually “scrap and build” - can create a comforting environment.

For this project, instead of designing something similar to the remaining buildings on the premises, I was inspired to design a gradual unfolding master plan. Within the village-esque nursery that has been built over the years, stories have continued to be woven, and will create a more dynamic and interactive relationship with the neighborhood and its surroundings.

This project was initiated after an increase in the number of toddlers at the nursery and the need to replace the aging equipment in the old dining hall. Not only did it require me to design a dining hall, but also challenged me to recapture the essential features of the eating space. Therefore, instead of designing an ordinary cafeteria where people gather simply to eat, I aimed to create “an interactive environment” where parents and neighbors get together for lunch, birthday parties and other events. The building consists of three spaces: a dining hall for 40 toddlers, parents and staff; two classrooms for 4 and 5-year-olds; and a lounge for the staff to relax after work.

For the dining hall, I deliberately avoided designing an open empty space that could be used in multiple ways. Rather, I added structure and order through the use of columns and beams, which add architectural strength. The details of the design include the arrangement of cross-shaped beams and columns that widen towards the ceiling. They are arranged in a grid layout at 3.5 meter intervals and rotated 45 degrees.

Through the use of horizontal and vertical visual anchors, a gradual sense of depth is created, which generates a perception of physical distance. Through the use of furniture and landscape design, I created a seamless and gradual transition of the interior spaces and outside, which engenders a flowing forest-esque environment where one can enjoy wandering around.

In addition, since a toddler versus an adult perceives space differently, there is a distinct way each understands and interacts with the space. Within this structured, yet spontaneous and dynamic environment, I aimed to create a unique space where toddlers can cultivate their imagination and curiosity in a special way.

The Future of the Community

Tsukushi Nursery School is located a 5 minute walk from UID's office. I will continue to reflect on what kind of environment is of benefit for the families, employees, and toddlers in the community, and in harmony with the constantly changing modern environment. 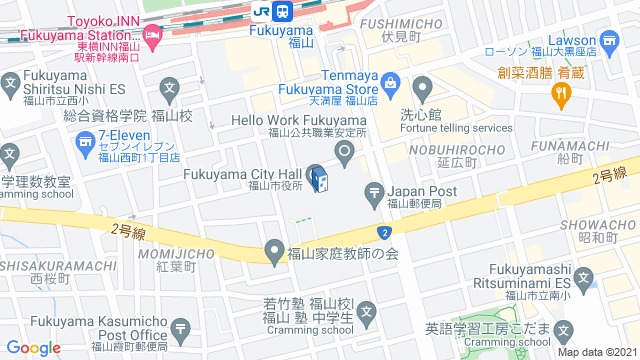 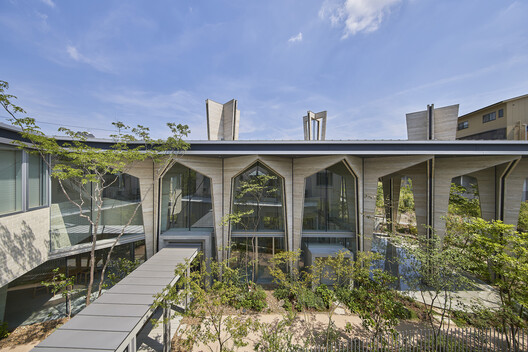