Save
Environmental Inequalities: Different Levels of Climate Risks and an Uneven Green Transition
Share
Or
Copy

Since the 2015 Paris agreement, mitigating climate change has been established as a common, world-encompassing goal; however, both the impacts of the climate crisis and the actions currently being taken vary widely across the globe. At the moment, the most prominent cities are outpacing governments in addressing the climate crisis and fostering a green transition, but their actions are counteracted by inaction and an increase in carbon emissions elsewhere. Moreover, the vulnerabilities and adaptive capacity to different levels of climate disruptions vary across nations. Discussing environmental inequalities through the lens of climate risks and mitigation actions, the following highlights the need for a global coordinated and transdisciplinary effort in addressing the climate crisis. 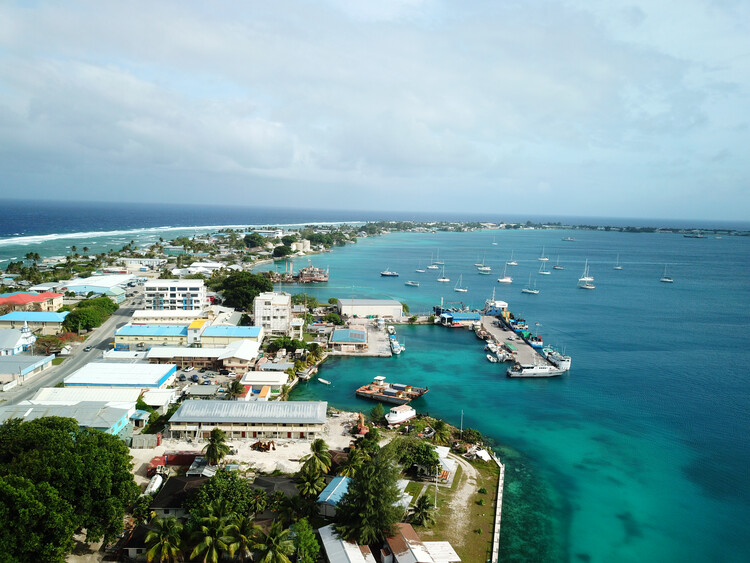 Environmental inequalities are defined as the expression of an environmental burden borne primarily by disadvantaged and/or minority populations or territories. The concept cuts across various scales, from the social groups within a city to the varied effects of environmental issues on territories and nations. Global warming has already exacerbated global economic inequality, and climate shocks tend to impact developing regions harder. At the same time, while the implementation of renewable energy is a significant effort for rich countries, it is a daunting challenge for less economically developed nations.

Aside from the differences in perspective climate change, developing countries will also experience the effects differently, as the vulnerabilities and adaptive capacities vary across nations. Sub-Saharan Africa and parts of South Asia will be most severely affected by crop failure, while the Asia-Pacific region will experience loss of coastal lands. The levels of climate risks are not equal across the world; therefore, the globally accepted goals and measures impact territories differently.

As an example, the small territory of the Marshall Islands and other island nations in the Pacific fought for the provision of a maximum 1.5 degrees Celsius temperature rise, instead of the 2 degrees cap, as the additional 0.5 degree was the difference between losing the territory to the ocean and continuing inhabiting the islands. Under the slogan “1.5 to stay alive”, the Maldives, Tuvalu, Kiribati, together with other 40 states that make up the Alliance of Small Island States, have gained widespread support for the cause. At the Paris negotiations of 2015, the 1.5 limit was endorsed by 106 countries, making a majority. The Marshall Islands could adapt to rising sea levels by reclaiming and elevating land, techniques already commonplace in countries like the Netherlands and Denmark. However, the costs of such endeavours are too high for the small island nations, and the Marshallese could be forced to migrate, bringing into focus the question of environmental inequality.

Recently, Norway has unveiled plans to bury CO2 in depleted oil and gas fields under the North Sea, and New York has announced a significant investment in carbon-capturing technologies. As wealthy nations and cities decarbonize their energy systems and invest in technologies that would help curb climate emissions, some parts of the world struggle with taking similar actions, and this uneven pace in green transition may have significant consequences for the overall global climate action. While the EU is heading towards its goal of at least 32% energy from renewables by 2030, the continent of Africa is expected to reach a percentage of only 10% non-hydro renewable energy, while total generation will double.

The World Economic Forum advocates for a just transition to renewable energy that would not undermine the economies of developing nations. Green transition cannot be achieved equally across the world without the coordinated efforts of numerous countries, and the contribution of developed nations to a global clean energy transition has been heavily discussed. In June this year, G7 leaders pledged to raise their contributions to help less developed countries cut carbon emissions, support the shift to renewable energy, and deal with the effects of climate change. However, a similar pledge was made in 2009 and was, for the most part, unmet, while this year, no firm commitments have been made.

With the majority of the world’s population currently living in urban environments, cities are at the forefront of climate risks. C40 Cities is a network comprising 97 of the world’s largest cities committed to addressing the climate crisis. The network supports collaborative processes and knowledge exchanges among cities, thus driving meaningful actions regarding transport, energy and water infrastructure. As widespread significant actions at national levels are relatively rare, decision-making and legislative processes are slow, the fight to mitigate climate risks and unfold a green transition is still, for the most part, spearheaded by cities.