Recently, a series of cities and government entities worldwide have announced various plans to either fight climate change or combat its effects. From New York’s investment in carbon-capturing technologies to Miami’s Stormwater Masterplan, or EU’s target to reduce emissions by 55% by 2030, the issue begins to take centre stage in urban design and politics. The measures come at a time when the consequences of climate change are becoming more apparent in extreme weather events, and the scientific forecast is less than optimistic. 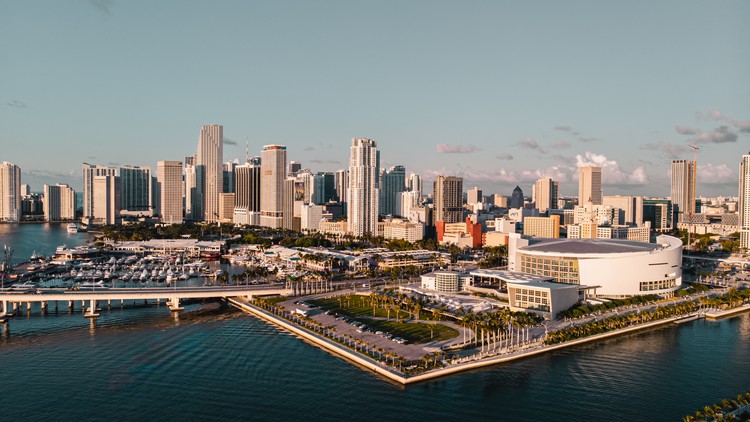 Earlier this month, New York State launched a 9 million dollars fund to support research into technologies that capture atmospheric carbon, storing it within useful products like construction materials or bioplastics. The Carbontech Entrepreneurial Fellowship Program aims to establish New York as a hub for carbon-to-value technology and is part of a larger state plan to reduce greenhouse gas emissions by 85% by 2050. Also, in the United States, the city of Miami has released a strategy o combat the risk of flooding due to sea levels rising. The 40-year plan comprises a series of short term measures, such as creating wetland ecosystems and long term ideas shifting the city’s relationship with water by constructing elevated roads and buildings.

In Europe, where 9 out of 10 people consider climate change a paramount issue, the EU has passed a climate law to reduce emissions by 2030 and eliminate them by 2050, transforming climate action into a top priority for the member states. The commission also drafted plans to create new “carbon sinks” by planting forests and grasslands. Alternatively, cities devise their own agendas. Paris has already set in motion plans to reduce car usage and works towards becoming Europe’s greenest city by 2030.

As Asian cities face the most significant risk from environmental issues, Tokyo, Hong Kong, or Singapore have each put in motion plans to reduce emissions, shift to renewable energy and boost the creation of sustainable infrastructure and architecture projects, all within the next ten years. Similar strategies have been announced in Sydney or Melbourne.