Work has just begun on the late Christo's unfulfilled intervention for the Arc de Triomphe in Paris. The first images by architectural photographer Jad Sylla highlight the wrapping up of the famous monument with 25,000 square meters of recyclable polypropylene fabric in silvery blue, and with 3,000 meters of red rope. Scheduled for September 18 until October 3, 2021, the temporary artwork ‘l’Arc de Triomphe, Wrapped’ will only remain on display for 16 days. 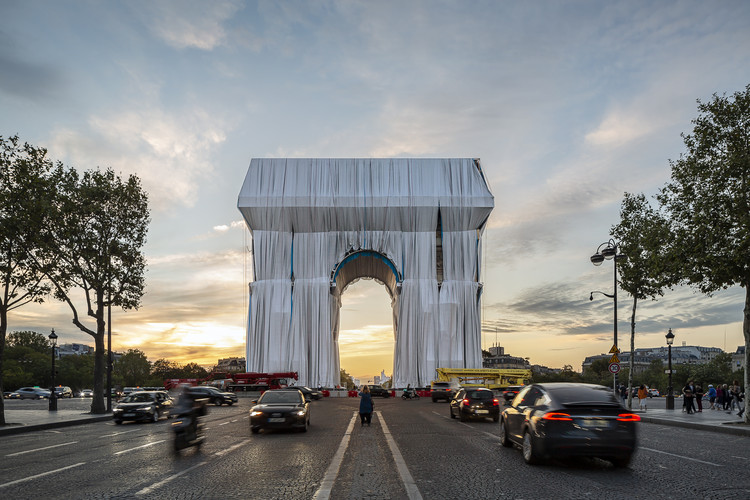 Christo Vladimirov Javacheff, best known as Christo, is a Bulgarian artist, best known for wrapping The Pont Neuf in Paris and the Reichstag in Berlin, with his late wife Jeanne-Claude, large-scale architectural interventions in urban and rural environments. Their interventions included Wrapped Coast in Australia, Valley Curtain in Colorado, Surrounded Islands in Miami, The Pont Neuf Wrapped in Paris, The Umbrellas in Japan and California, Wrapped Reichstag in Berlin, The Floating Piers at Italy's Lake Iseo, and The London Mastaba on London's Serpentine Lake.

He has passed away last year at 84 years old in New York City, before realizing his plan to wrap the famous Arc de Triomphe in Paris with recyclable blue fabric. Realized in partnership with the Centre des Monuments Nationaux and in coordination with the City of Paris, with the support of the Centre Pompidou, the project, first conceived in 1962, was already scheduled for September 2021. Christo's office had released earlier that "Christo and Jeanne-Claude have always made clear that their artworks in progress be continued after their deaths. Per Christo’s wishes, 'L'Arc de Triomphe, Wrapped' in Paris, France, is still on track for Sept. 18–Oct. 3, 2021."

Christo, the Bulgarian Artist, Famous for Wrapped and Monumental Outdoor Projects, Dies At 84

On the artist's official website, a statement explains that "in 1961, three years after they met in Paris, Christo and Jeanne-Claude began creating works of art in public spaces. One of their projects was to wrap a public building. When he arrived in Paris, Christo rented a small room near the Arc de Triomphe and had been attracted by the monument ever since. In 1962, he made a photomontage of the Arc de Triomphe wrapped, seen from the Avenue Foch and, in 1988, a collage. 60 years later, the project will finally be concretized". Throughout the installation, the Eternal Flame, in front of the Tomb of the Unknown Soldier at the Arc de Triomphe, will continue to burn, and daily ceremony and rituals will continue as usual. 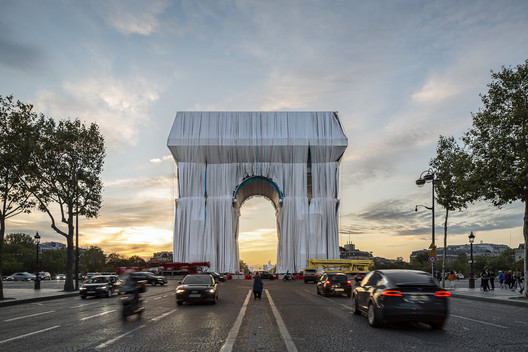