New York Governor Andrew Cuomo has announced that Adjaye Associates and Studio Zewde's proposals have been selected to redevelop the unoccupied part of the Kingsboro Psychiatric Center campus in the East Flatbush section of Brooklyn. The $400 million project is part of the $1.4 Billion Vital Brooklyn Initiative, and will transform 7.2 abandoned acres in central Brooklyn into an ecological development with residential and commercial facilities. 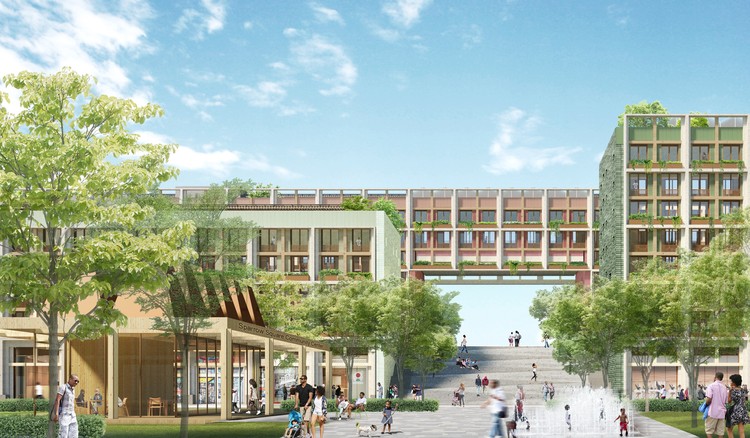 The project includes 900 affordable residential units and a senior housing facility that will replace the original one built in the 1930's, a public green space, a basketball court, lands for urban farming, a greenhouse, and a public space for community activities and engagement. Other amenities include sports rooms, a 10,000-square-foot grocery store, a 7,000-square-foot community hub with computers and classroom space for after-school programs, and training facilities.

The COVID-19 pandemic further exposed the inequalities among the state's at-risk and in-need communities, including a fundamental need for safe and affordable housing. Through the Vital Brooklyn initiative, we are better addressing these needs by transforming underutilized land on the Kingsboro Psychiatric Center campus into a community-oriented development that provides housing and programming to better serve those in-need, building New York back better, fairer and stronger for all. -- Governor Andrew Cuomo

The proposal aims to achieve 30% of New York State's nation leading certified MWBE goals and is expected to create 3,700 constructions jobs and more than 200 permanent jobs for the city's residents. The $1.4 billion Vital Brooklyn Initiative is a program that targets social and cultural such as health care and housing, and establishing a new standard for chronic economic and racial disparities in the city.

Adjaye Associates has recently unveiled the design of The Africa Institute, the first center of its kind dedicated to the advanced study and research of Africa and the African diaspora living in the Arab world. The 31,882-square-meter campus will be built in downtown Sharjah, UAE, and will "introduce an entirely new type of thinking and mission into the global academic arena". 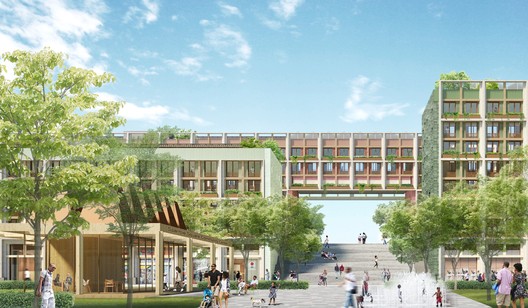