Save
Adjaye Associates Reveals Design of The Africa Institute in Sharjah, UAE
Share
Or
Copy

Adjaye Associates has unveiled the design of The Africa Institute, the first center of its kind dedicated to the advanced study and research of Africa and the African diaspora living in the Arab world. The 31,882-square-meter campus will be built in downtown Sharjah, UAE, and will "introduce an entirely new type of thinking and mission into the global academic arena". 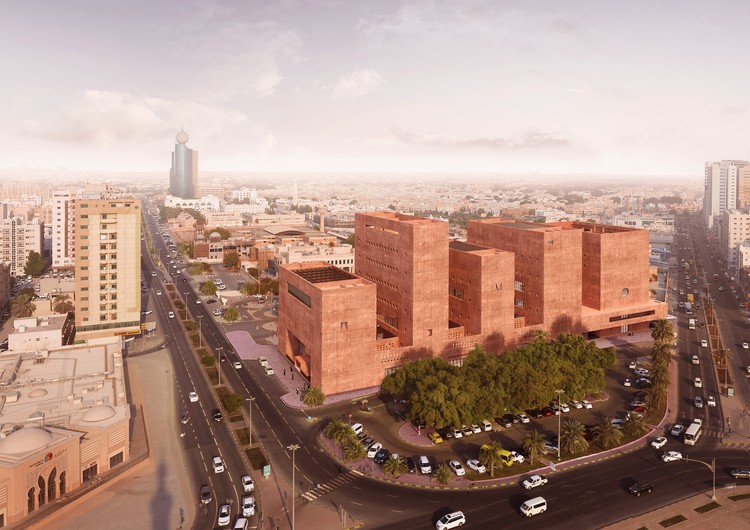 The red-hued architecture is composed of five volumes varying between four and seven storeys. The volumes are assembled next to each other with voids in between them, forming a duality of enclosed spaces and central openings. The structure's design and typology are inspired the Gulf, Timbuktu, and Hausa architecture where solid façades engulf an internal courtyard and the ground floor creates a transition between the city and the architecture.

The courtyards span across the ground and first floors, and include water features and planters to purify the air and promote circulation and natural cooling. The series of open-air interior courtyards and large overhangs produce shaded spaces that protect visitors from solar heat, a crucial feature for the site's dry environment. The exterior is made of low carbon concrete, which limits direct sunlight exposure and absorbs heat during the day. The interior facades are perforated  with small square openings to define the communal areas of classrooms, function areas, and the library.

These first four floating volumes will house the main elements of the Africa Institute such as the Teaching, Learning, and Administration. The fifth volume closes the courtyard towards the south side, and welcomes visitors from under a monumental overhang. The campus will include various spaces of classrooms, a research library, an archive facility, flexible auditoriums and performance spaces, a restaurant, and a bookstore.

We selected David Adjaye to create the first purpose-built home for this vital institution because of his experience in designing buildings that foster learning, collaboration, and community building. We started working together in 2017 so that the vision for The Africa Institute and the building that supports its critical mission would be developed hand-in-hand. David’s ability to create such a beautiful sequence of diverse spaces and welcoming sense of place will make The Africa Institute a nexus for knowledge-building and learning that will serve people in the region and our partners across Africa and around the world for generations to come. -- The Africa Institute President Hoor Al Qasimi

The Africa Institute was established in 2018 and is an interdisciplinary academic research institute dedicated to the study, research, and documentation of Africa: its people and cultures. As of 2023, the Institute will welcome its inaugural class of M.A. and Ph.D. in the field of African diaspora studies. The campus building is scheduled for completion in 2023.

Recenyly, Adjaye Associates and Studio One Eleven, along with Continuum Partners have unveiled the design of Fourth & Central, a project that will transform an industrial facility in downtown Los Angeles into a dynamic mixed-use master plan of residential, commercial, hospitality, and retail facilities. The project, which is expected to break ground in 2024, will reflect the area's dynamic character with uniquely designed buildings that compliment the neighboring Arts District and Little Tokyo neighborhoods. 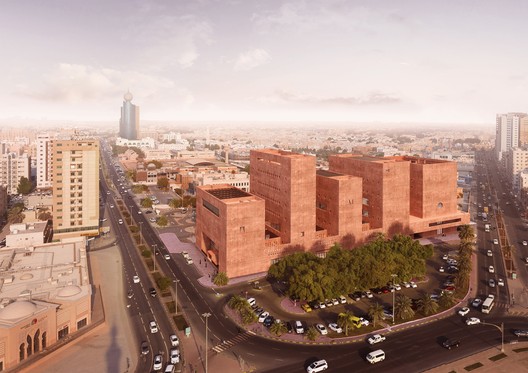