Save
Urban Heat Islands Are Increasingly Dangerous, But Planners and Designers Have Solutions
Share
Or
Copy

For this month, The Dirt and author Jared Green share with us a study about urban heat islands, exploring new approaches that have been designed to both reduce urban temperatures and help communities adapt to a hotter world, In three cities: New York City, Copenhagen, and Abu Dhabi.

Global temperatures are rising. 2020 was tied with 2016 as the hottest year on record. Since the 19th century, the planet has warmed by 2° Fahrenheit. Within the built environment, which is too often formed of glass, steel, asphalt, and concrete, dangerous urban heat islands are increasing the risks of heat stress. Underserved communities are particularly at risk, given they often lack trees and green spaces to mitigate the effects.

According to Devanshi Purohit, associate principal of urban design at CBT Architects, who led a session at the American Planning Association (APA)’s virtual national conference, extreme heat is the number-one climate killer in the U.S., accounting for more deaths than sea-level rise, flooding, drought, and other impacts. But, strangely, extreme heat doesn’t get the focus it deserves. Reducing urban heat islands should be a central focus of the planning and design professions.

In three cities — New York City, Copenhagen, and Abu Dhabi — new approaches have been designed to both reduce urban temperatures and help communities adapt to a hotter world.

In NYC, there is a Mayor’s office of resilience, and Daphne Lundi is deputy director for social resilience. Lundi seeks how to leverage communities’ support systems to lower risks to climate impacts.

Lundi said on average cities can be up to 22° F hotter than surrounding natural areas. Furthermore, apartments and homes without air conditioners can be 20° F warmer than the outside. This is why each year in New York City, more than 1,100 people are hospitalized for heat stress, and more than 100 dies.

Heat risk levels vary by neighborhood. Through the Heat Vulnerability Index, which was created in partnership with Columbia University, the city government now understands that 3.4 million NYC residents are highly vulnerable (see image at top). “Risk is based in environmental factors, such as the amount of green space but also tied to poverty and race,” Lundi explained. Her department has identified low-income and older Black residents as at the greatest risk of falling ill or dying from extreme heat.

In 2017, NYC launched its Cool Neighborhoods plan, its first plan to combat extreme heat, and allocated $100 million for targeted investments in green infrastructure and tree plantings in higher-risk neighborhoods.

Those most at risk are the home-bound who have physical and mental issues. So as part of the effort, the city is focused on increasing risk preparedness by educating home health aids who assist older adults, helping them to identify “the early signs of early heat stress and illness.”

NYC also launched the Be a Buddy campaign, which aims to provide support for the most hard-to-reach New Yorkers. According to Lundi, during heat waves, the program leverages “long-existing bonds” and activates a system in which people check in on neighbors who may be home-bound. “The system leverages trusted messengers. It was also used during the pandemic.”

The city is painting roofs on city-owned property white in order to reflect more heat back into the atmosphere. They have improved access to cooling centers. And they have purchased air conditioners for low-income, heat vulnerable residents. To date, the city has installed 74,000 air conditioners in residents’ homes and also created a utility assistance program, which offers a subsidy of $30 a month during warmer months, to ensure those new air conditioners are actually used.

Moving to Copenhagen, Denmark, Rasmus Astrup, design principal, and partner at SLA, landscape architecture and urban design firm, explained that cities, with all their warming surfaces, are actually part of the climate problem — amplifying the heat impacts and creating more heat. “Cities, as they are planned and designed now, are super dumb and creating many new problems.”

Nature, which is self-sufficient and resilient, offers the best strategies for addressing extreme heat. “Nature is the most clever, so we need to re-think cities and make them more ecological.”

He noted that he said ecological and not just green because climate change is also adversely impacting biodiversity, which underpins all life on Earth. Ecological urban solutions are needed to not only combat heat islands but to also support biodiversity.

Astrup focused on SLA’s Bryggervangen and Sankt Kjeld’s Square in Copenhagen, as a solution for tackling multiple climate issues at once: heat, flooding, and biodiversity loss. In just a few decades, “Copenhagen will have a climate similar to Barcelona, Spain,” so Astrup believes more places like this are urgently needed.

A standard roundabout in a neighborhood with very little nature was transformed into a forested area, but one that “traffic engineers can also love,” given SLA integrated bike lanes and tram lines.

Astrup described the project as a “blue-green climate adaptation,” which created a biodiverse landscape that ably reduces heat and manages stormwater. “Every pocket now has green space.”

Another result is a new sense of place for this community in Copenhagen. This is a climate adaptation project people can connect to.

Kishore Varanasi, principal of urban design with CBT, then took the audience to Abu Dhabi in the United Arab Emirates. He made the case for evidence-based design to tackle heat challenges.

“We’re feeling hotter, but what strategies can we use to solve the problem? Buildings, cars, asphalt all make communities hotter, so we need a layered strategy to address sources of heat.” There are shading, evaporation, convection, and conduction-based approaches.

For Varanasi, the Universal Thermal Climate Index is a useful tool for measuring environmental heat and its impact on us. “We can handle up to 30° C (86° F) comfortably but not much hotter than that.”

In Abu Dhabi, summer temperatures can already be extreme by late morning, past humans’ comfort zones. To reduce heat stress, CBT has been working with city stakeholders to create “cool paths and cool zones.”

Given there isn’t enough water to grow large shade trees in Abu Dhabi, CBT designed architectural shade structures that offer “intermittent shading.” For example, a pedestrian walking down a pathway would be in the shade for one minute and then direct sun for one minute. “People can handle a minute in high heat.” The structures are also angled in order to provide shade at different times of the day.

Varanasi said the spaces between buildings can be transformed into passive cool zones without a great deal of effort. Vertical shading, green walls, and reflective paving, along with misters help create thermally comfortable zones that can also be “delightful at night.”

The panel concluded that while climate change is a global problem, solutions to extreme heat must be local. “You have to understand the environmental and socio-economic context,” Varanasi said.

Lundi noted that new developments are often designed to be climate-resilient, but cities are made up of mostly old stocks of buildings. “We also need to bring our older neighborhoods into the future.”

Also worth checking out is a recent comprehensive report from the Urban Land Institute: Scorched: Extreme Heat and Real Estate, which outlines regional impacts and solutions in the U.S. in more detail. 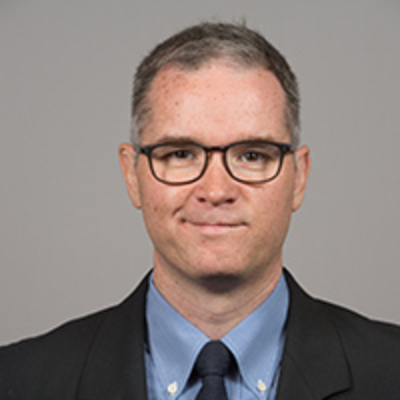