Save
"Houses Are the Most Prevalent Form of Monuments": In Conversation With Bjørn Nørgaard
Share
Or
Copy

Talking to the Louisiana Channel, Danish professor, sculptor, and artist Bjørn Nørgaard outlines the philosophy that underpins his work and reflects upon his architectural projects. Nørgaard describes in the film, a co-production with Munkeruphus, the strong influence of his mentor in the 1960s - German artist Joseph Beuys - whose theories formed a key part of Nørgaard's evolution and ethos as an artist. The concept of "die soziale Plastik", or social sculpture, would go on to shape Nørgaard's approach to architecture and other forms of art - its main philosophy being that every part of life can be approached creatively. 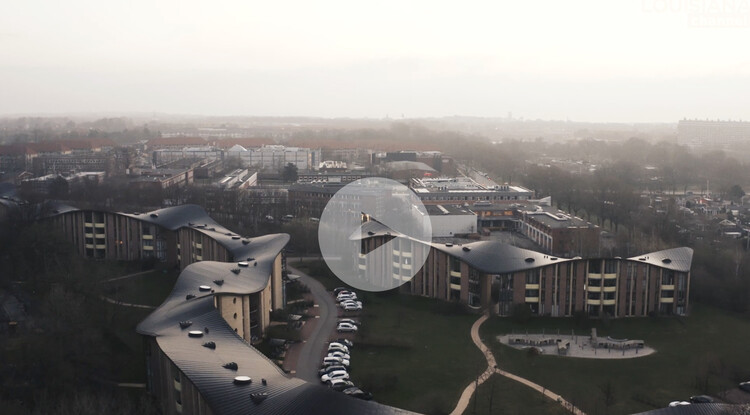 We wanted to be the ones who shaped the social structure. From the perspective that art wasn’t about making nice paintings for nice homes, it was to make room for as many people as possible to develop their creative abilities. -- Bjørn Nørgaard

The 1960s and 1970s saw Nørgaard experiment with various forms of artistic expression. Sculpture was a key one, and so was performance art, which he used to bring awareness to various contemporary issues of the time such as the Vietnam and Biafra wars. Following that period, Norgaard began to reflect more on the architecture around him, noticing how influential the layout of three-dimensional space can be on the mood and wellbeing of a person.

"It's All About Simplifying Things": In Conversation With Johansen Skovsted Arkitekter

When you are sitting in a room in an old house, there’s always a bay window. Or a corner is cut off for some reason. So the room isn’t straightforward at first glance. But when you enter a modern room, it is rectangular and very straightforward. And that means that the room doesn’t have an effect on you. -- Bjørn Nørgaard

These architectural thoughts were realised on a large scale with an apartment building at Bispebjerg Hill, designed with the architectural practice Boldsen & Holm. A combination of fluid and organic shapes with architectural efficiency, an important part of the design was for there to be a strong link between Nørgaard's artistic concept and the final execution of the design, which was to have a very high level of craftsmanship. Nørgaard says: “The dream of Bispebjerg Hill was that it was to be built only by qualified craftsmen. In itself, it isn’t an image of a better world. But Bispebjerg Hill tries to understand how we can design and create houses where people live and breath optimally, so to speak.”

Finally, Nørgaard is insistent that the lifespan of materials should be of paramount importance to contemporary architects today. He explains his Amager Square project in Denmark, where the Copenhagen Municipality wanted to replace the concrete flags that made up the paving. The Municipality wanted to repave the area with new concrete flags, but Nørgaard was able to convince them to use granite stones instead - which would last longer and were cheaper than concrete in the long run.

Architects should insist that the lifespan of materials should determine their choice. If you build a house, the construction of it accounts for 70% of the CO2. That’s why lifespan is important to architecture. We have to think in the long term. Nature thinks in the long term. -- Bjørn Nørgaard

Bjørn Nørgaard currently lives and works in Copenhagen, Berlin, and on the Danish island of Møn. He is a professor at the Sculpture School at the Royal Academy of Fine Arts, Copenhagen as well as at CNAA, China National Academy of Fine Arts, Beijing. He is also part of the Experimental Art School Eks-Skolen. Nørgaard has received numerous awards for his artistic work and received major commissions, including decorative tapestries gifted to Queen Margrethe II of Denmark. In the spring of 2021, Munkeruphus opened an exhibition focusing exclusively on Nørgaards architectural thoughts.