Save
Would You Pay for Virtual Architecture? What the NFT Craze Means for the Future of the Design Profession
Presented by

If someone tried to sell you a virtual building, would you buy it? That’s right- a virtual building. Not something that will ever be built in the physical world, or something you can occupy, but an image you can look at, or a video you could watch. This is exactly what’s being proposed as architecture enters the realm of NFTs (non-fungible tokens) that have taken the world by storm. And in the design profession, which continuously seeks to redefine what it means to be an architect, NFTs have big implications for the future of digitization and commoditization of the unbuilt environment.

Although NFTs have been around since 2013, they’ve recently surged in popularity, or at least caught the attention of the mainstream media. The excitement, newness, and disruption around buying something digital have bidders interested in owning a piece of virtual originality. NFTs are designed to give you something that can’t be duplicated- ownership of the work that is valued at the price at which you pay for it through a blockchain. It’s believed to be the next step in fine art collecting, and a new frontier for what we consider to be art, how we place value on it, and how we display it. Although you can copy a digital file as many times as you want, there is always only one original. It’s similar to how the Mona Lisa hangs in the Louvre, but the image is duplicated around the world. We can go to a store and buy a copy, but only one institution owns the original.

Technology is what is making the purchase of NFTs popular, creating a virtual world where things can be collected. Alexis Christodoulou, a 3D artist, recently sold his renderings online as part of an NFT auction. As a set of nine animated videos that blur the boundary between the built and natural environment, the collection sold for nearly $340,000. Just last month, a series of “virtual furniture” went up for sale for almost half a million dollars via Nifty Gateway, one of many online platforms that sell digital assets. The furniture, designed by Andres Reisinger, a 29-year-old artist based in Barcelona, created couches, drawers, and an office chair that were auctioned off to bidders who would then be able to take the furniture and create environments in virtual gaming environments. One of the pieces of furniture now lives in the buyer’s personal Minecraft world. While some argue that NFTs are just a bubble that will eventually “pop” and quickly render these digital images invaluable, especially as more and more artists and designers begin to jump into the unknown future of this online market, there will surely be long term impacts on the art world and on the greater design profession.

First, NFTs offer a question regarding ownership. In the architectural profession, ownership over a rendering, or an image, isn’t dedicated to one singular person of a design team, but typically the entity of a design firm. While the initial struggle might be in understanding who earns the profit on an NFT, it might offer opportunities for smaller offices that focus on more theoretical work to create a new source of revenue. This also has the ability to rethink how we place value on architectural works altogether. Oftentimes, architecture feels more like a commodity and is reduced down to a basic transaction of services. Instead of feeling the typical pressures from clients, and dealing with the constraints of a project’s fee, creativity will become more valued, and the paradigms under which architecture is usually restricted will expand- transforming the entire profession altogether and making architecture even more democratized.

So does this mean every firm will jump to begin selling their renders and forms of digitized architecture? Probably not. It’s still too early to understand at what rate they will be purchased, and who the buyers of these virtual objects might be. It’s a niche market with big potential, but you might want to brush up on your rendering skills just in case.

NewsArticlesDigital ArchitectureRenderArchitectureBitcoinBlockchainArchDaily Topic 2021 RenderingNFTFuture Languages of Architecture
Cite: Kaley Overstreet. "Would You Pay for Virtual Architecture? What the NFT Craze Means for the Future of the Design Profession" 02 Apr 2021. ArchDaily. Accessed . <https://www.archdaily.com/959475/would-you-pay-for-virtual-architecture-what-the-nft-craze-means-for-the-future-of-the-design-profession> ISSN 0719-8884
Save 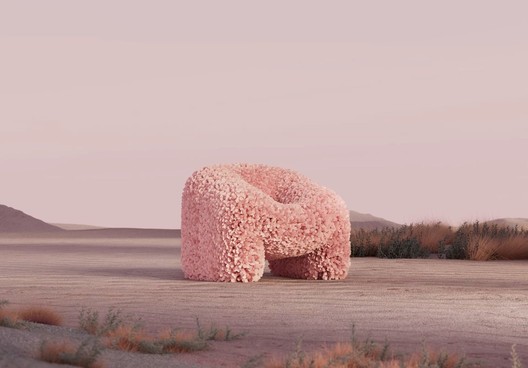