Save
Brutalist Belgrade: Through the Eyes of Alexey Kozhenkov
Share
Or
Copy

Brutalism is a deeply dividing architectural style - a subcategory of the Modernist movement that featured bare concrete finishes, unusual shapes, and an undoubtedly unique aesthetic. Whilst emerging into prominence in 1950s Great Britain, the most iconic examples of this architectural style are arguably found in Eastern Europe - particularly in the territory formerly known as Yugoslavia. 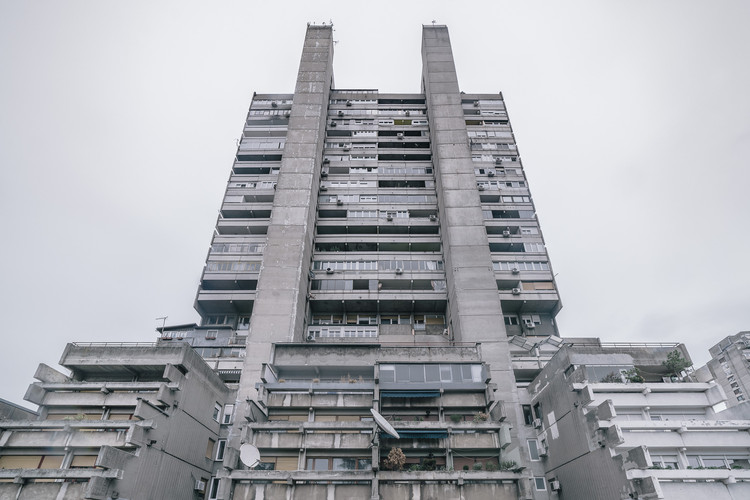 Seeking to rebuild a country greatly affected by the second world war, the socialist Yugoslavian government sought to reconstruct the state, precipitating the construction of concrete residential blocks, civic centres, and monuments - a visual identity poised between the east and the west. Alexey Kozhenkov’s photo series "Spaces for Winds" is an exploration of the Brutalist architecture of present-day Serbia, particularly the architecture of the outskirts of Belgrade. A muted colour palette, the presence of aggregated forms, and an overwhelming sense of scale typify the photographs in Kozhenkov’s series, providing an evocative look into an enduring architectural style.

Featuring prominently in Kozhenkov’s series is “New Belgrade” - a municipality of Belgrade that features the Modernist architecture reminiscent of Brasilia and Chandigarh. The architects of the post world-war-two period built urban neighbourhoods with a multitude of high-rise brutalist buildings, leading to the coining of the nickname “Blockovi” or Blocks, to describe the architectural character of a city which embraced the stripped-back, monumental nature of Brutalist architecture. The blocks themselves, however, are far from monolithic in appearance. The concepts and forms of the blocks themselves differ from block to block, creating highly distinctive urban areas and neighbourhoods which lend themselves well to their usage as public spaces - empty and cold in the winter but lively and dynamic in the summer months.

Prominent Brutalist structures in Belgrade include the “TV Building” - a residential complex with an expressive facade composed of cuboidal extrusions from the wall, and “Genex Tower” - an artistic, well-known brutalist landmark that features a residential and a commercial tower connected by a two-storey bridge. The Eastern City Gate apartment buildings also make an appearance - a complex of three apartment buildings each consisting of 28 storeys each. The step-like triangular form creates a deep visual contrast with the surrounding greenery, and they are constructed in a circle, making it always appear that one building is between the other two.

In recent times, the Brutalist heritage of Former Yugoslavia is gaining wider recognition and appreciation. January 2021 saw the central section of New Belgrade declared a cultural monument, and January 2019 saw photographs of one of the iconic “Blockovi” - Block 23 - become a permanent exhibition in New York’s Museum of Modern Art. Belgrade authorities are also contemplating opening more parts of a prominent Brutalist landmark - the Palace of Serbia government building - which is currently only open once a year.

The Brutalist architecture of Europe, from Poland to Britain, is wide-ranging in its scope and diversity, but it is arguably in the city of Belgrade that the architectural style truly found a home.

Alexey Kozhenkov (b.1993) is a Moscow-based photographer and architecture enthusiast. He is an avid admirer of architectural forms and a travelling, enabling him to take photographs of places from angles rarely seen in the media. His works feature a combination of thoughtful geometry and atmosphere and are recognized in both online forms and print media. 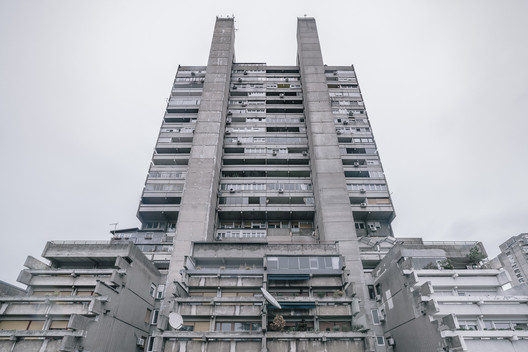