The Centre Georges Pompidou in Paris, France, known also as Beaubourg, is set to undergo major renovation works. Designed in the 1970s by architects Renzo Piano and Richard Rogers, and inaugurated in 1977, one of the capital’s leading cultural attractions is scheduled to be closed completely as of the end of 2023 until 2027. Showing signs of aging, especially when it comes to the heating and cooling system, escalators and elevator malfunctions, and asbestos that must be removed, this is not the inside-out museum's first revamp, in fact, it was closed down once before in 1997, during its 20th anniversary, for a couple of years. 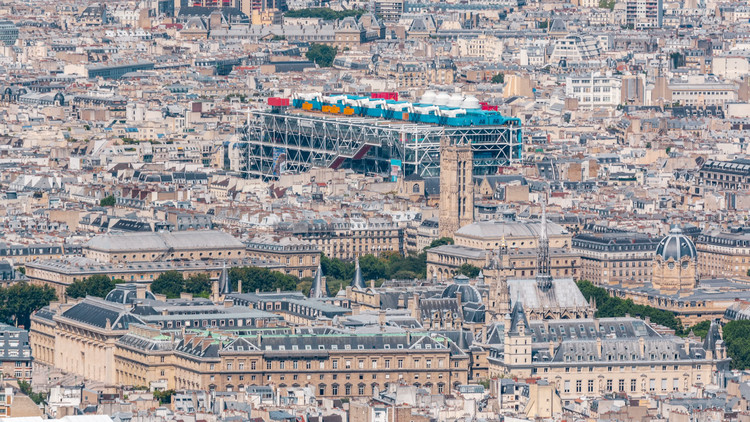 Reports have highlighted that the Pompidou Center will close completely for renovations during 3 years. France’s culture minister, Roselyne Bachelot explained that she chose not to keep the cultural center open during the totality of the duration of the renovation works, to save on money, and to shorten the duration of labor from 7 to 3 years. According to Figaro, the renovation works are estimated to be around $243 million.

Received at first with a lot of criticism, the Pompidou Centre was a breakthrough in architecture. Renzo Piano and Richard Rogers, still relatively not famous in the architectural scene at the start of the process, won the competition in 1971 to design the building with their high-tech modern proposal.

With a system that didn’t look like anything else in the architectural world at that time, the intervention was exposing all of the infrastructures of the building, a concept that portrayed the museum as a movement in itself. In fact, all of the mechanical and structural systems were pushed to the outside, “not only so that they could be understood but also to maximize the interior space without interruptions”.Including a sprawling public library and a center for music and acoustic research, the modern intervention in a historical fabric attracted far more visitors than expected over the years.

Info via the New York Times. 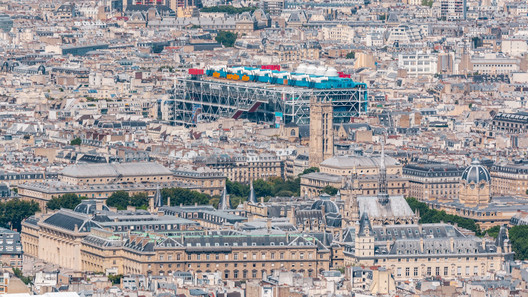