German design practice Barkow Leibinger has finally received a building permit for the Estrel Tower in Berlin, Germany. Set to become the city's tallest high-rise at 175 meters, the tower comes seven years after winning the initial competition. Construction is now set to start, and the project will be built on Sonnenallee in Neukölln. The design references the existing Estrel hotel und connects both into one unit. 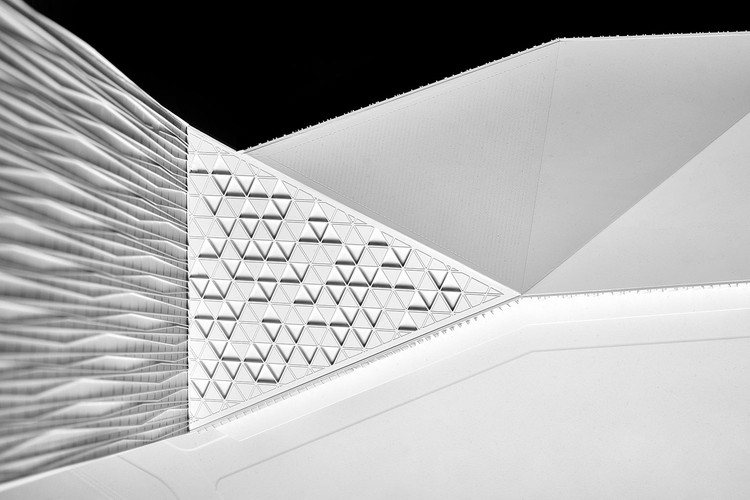 The hotel tower will have more than 720 rooms, a ballroom for events and a parking garage. The building is organized into a network of interconnected cells in plan that can be extruded to different heights. The center of the new complex will be the atrium, a "triangular roof structure creating a play of light and shadow" that will also allow views of the tower. In turn, a gallery on the first floor above the atrium can be used for private dinners and small receptions, while the ballroom can be used and for a range of formats, from conferences to gala dinners.

As the team notes, the hotel tower itself has 44 floors and is organized on a parallelogram floor plan around a compact service core. The building’s highpoint is the restaurant and the sky bar with a roof terrace on the forty-fourth floor and views of Berlin.

The building will feature a facade with aluminum fins for sun protection and to define a series of diagonals within the orthogonal basic grid. The team created this design so that the characteristic can be experienced from both the rooms and in the views of the building, near and afar.

The building is scheduled for completion in 2024. 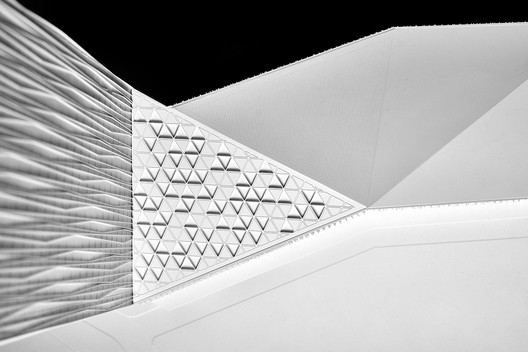