Save
From Playful Methodologies to Fictional Possibilities: 5 Emerging Practices in Europe
Share
Or
Copy

Five emerging architecture studio profiles from Portugal, Spain, France, and the Czech Republic have been chosen by New Generations, a European platform that analyses the most innovative emerging practices at the European level, providing a new space for the exchange of knowledge and confrontation, theory, and production. Since 2013, New Generations has involved more than 300 practices in a diverse program of cultural activities, such as festivals, exhibitions, open calls, video-interviews, workshops, and experimental formats.

fala is a naïve architecture practice based in Porto, led by Filipe Magalhães, Ana Luisa Soares and Ahmed Belkhodja. Established in 2013, the atelier works with methodic optimism in a workspace that boasts a charming chaos with no apparent hierarchies. To date, they have applied their playful methodology on a wide range of projects, from territories to birdhouses.

Vojtěch Rada is a talented artist with an additional background in architecture currently based in Prague, running his own independent practice since 2018. Although educated as an architect, he uses those tools not as a method of construction, but rather as a method for thinking about problems important to him, questioning the future of our virtual and fictional meats.

Architectural Affairs | Porto, Portugal
Architecture as a responsibility to be, exist and see

Founded by Andreia Garcia (Porto, 2016), Architectural Affairs works the discipline of architecture in three dimensions – project, curatorship and edition. Together with an in-house team, as well as external collaborators such as artists, sociologists and anthropologists, the practice is constantly trying to refine the best way to observe the world we live in.

Maxime Le Trionnaire and Gwenaël Le Chapelain combine contradictory properties to form the studio, a/LTA. Starting out by winning the Amazonie Tower Competition, the firm is currently based in Rennes and Paris, operating between freedom, diversity and mastery. The “smooth” and the “rough”, is perhaps what could characterize the architecture of a/LTA, recalling the “striated spaces” that were dear to Gilles Deleuze, traversed by speed and slowness.

As a continuation of a collaboration that began in 2005, Fernando Rodriguez and Pablo Oriol established FRPO in 2008 as a natural evolution of their previous professional experiences. From their open-plan office space in Madrid, FRPO has been internationally-recognized and is currently undertaking projects in Mexico and the US.

Would you like to get featured in the studio profile section? Visit New Generations and fill the ‘Join the platform’ form. Also, we invite you to submit your built projects on ArchDaily. 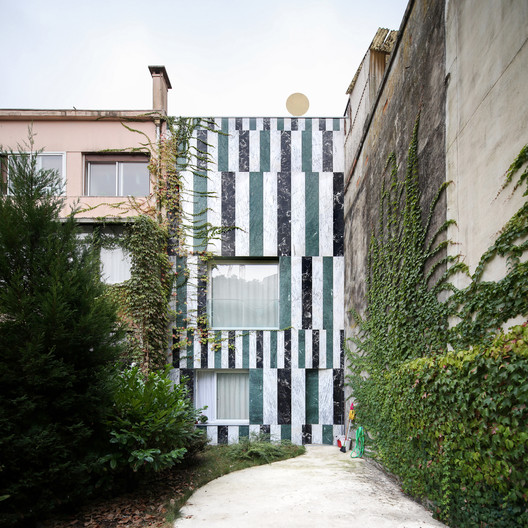