Save
The Birth of Design Movements: Where Are We Now?
Share
Or
Copy

Architecture, and all aspects of the design world, has experienced numerous movements throughout time that have defined the way we express ourselves through buildings, art, and other mediums. Created out of a dissatisfaction with the status quo or the emergence of new technology, there have been particularly notable design shifts and emerging ideologies over the last 100 years. This leaves us to ask the question- what design moment are we in now, and what characterizes it? How will we retroactively reflect on this moment of time in design, and will the COVID-19 pandemic accelerate innovation to bring us to our next design era?

In the twentieth century, architectural dogma did not belong to any individual typology or movement, but instead the drama and tension that has been pushed and pulled by architectural figureheads who lobby for their ideologies. In some instances, it's less about the individual buildings that define our time and more about the unified groups of architects who promote the ideas behind them into the mainstream world. Architecture has reinvented itself so often that the moment a style gains traction, it seems to almost disappear under the criticism of another jockey who claims to have figured out what the next style should be. It’s hard to be an architect who doesn’t face the competition of time that forces the biggest names to tread water in a recursive wave that never stops crashing.

Most famously, the postmodern movement was a rebellion against the modernist designs which themselves were popularized by the manufacturing industry that grew after the end of World War II. Architectural theorist Charles Jencks, a lifelong champion of postmodernism, dedicated much of his studies to understanding and portraying how architecture has evolved. He saw history as a subject of its own and mapped out his findings graphically in the form of his iconic evolutionary trees.

Was there really such a big driver behind the shift from modernism towards postmodernism other than the rejection of style and ideology? Not really. There was no creation of a new design method that would forever change how we constructed buildings, and there was no coup d'etat of society that drove the Stirling and Venturi stans to denounce the rigid doctrine and simplicity of glass and steel skyscrapers that modernism famously gave us. But “Modernism”, the blanket term to describe much of the enduring style of the 20th century, seems to have run its course in the eyes of architecture critics. We use the word modern to describe almost anything. Modern life, modern art, the modern man- so what does “modern” even mean in terms of our present architectural movement, and where do we go from here?

If we isolate the year 2020, it's easy to make the argument that we are on the cusp of establishing the tectonics for one of the biggest design shifts since the Industrial Revolution. Maybe the future movements are not about how buildings look aesthetically, but how they function and respond to their environments and shifting socio-economic circumstances. All around us, new technologies are being developed that have the potential to curb the effects of climate change, create healthier buildings and environments, design buildings more efficiently, and develop urban strategies that give a pedestal of equitability for all citizens of the globe. After all, maybe there’s substance to the semi-cliche statement that has suggested that 2020 is actually the year we’ve needed to fast forward our innovation and forced our foot onto the proverbial gas pedal into the next big design movement and that this truly is the turning point into our future.

But now, within arms reach of a post-pandemic world, with the urge to take action against climate change, and the recognition of social injustice, is the next big era of design upon us? With the design power in the hands of the world's practitioners and critics, maybe it's time to create a design movement that isn’t largely influenced by the dismissal of existing ideas, but the acceptance of the need to change for the benefit of humanity. 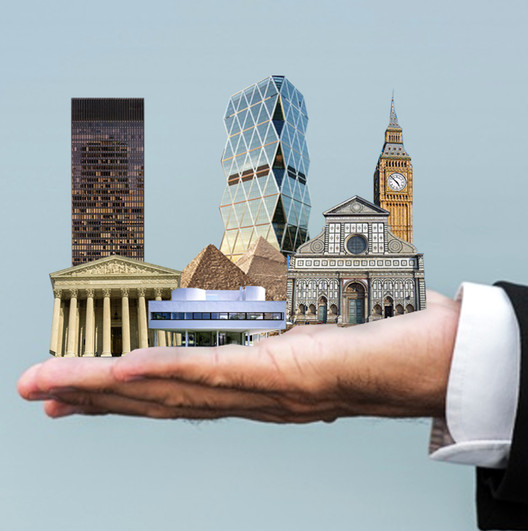