The rise of the medieval city is not only related to the economy but also its geographical surroundings. Still, according to Goitia, ancient cities needed other defense mechanisms besides the construction of walls. For this reason, they often developed in places that were difficult to approach, such as "hills, islands, and nearby rivers, primarily looking for confluence or sinuosity, to use the streams as obstacles against enemies." Therefore, taking advantage of the natural environment for their own defense determined an irregular urban plan that has become a symbol of the picturesque medieval city with its narrow and winding streets.

Most of the time, the cities were planned in an almost intuitive radioconcentric form, in which the main streets depart from the center - from important urban amenities - following to the gates, and are intersected by concentric smaller and secondary roads.

However, Goitia states that besides the predominantly radioconcentric layout, it is also possible to observe a great variety of plans that differ from this conception of the typical medieval town, which includes linear schemes, cross-shaped cities, radio centric cities, fishbone-like plans, acropolis cities, among others.

Anyhow, regardless of the urban plan, medieval cities were relatively small, allowing for specific forms of sociability that favored gathering and interaction in public spaces, mainly because of commerce. In this sense, historian Lewis Mumford in his book The City in History states that the city in the Middle Ages can be regarded, in certain respects, as an original creation since it represented a balance between different social roles such as those of a priest, a warrior, an artisan, a merchant, etc., all of them coexisting in a defined spatial context.

So, one can say that much of this sense of community emerges precisely from such "walled living," which is why, when one speaks of a medieval city, it is very important to consider the physical and psychological significance of the wall. This environment encouraged interaction and conviviality, but at the same time, it also caused a claustrophobic sensation that often brought to light the lack of natural resources such as drinking water or even the sudden spread of diseases and pests. It is an antagonism caused by the security and isolation simultaneously provided by the spatial nature and urban status of the medieval city.

Almost ten centuries have passed since the first medieval urban formations, and some cities still bear the scars of this very specific period until today. Many of them have already incorporated the urban layout in such a way that it becomes very hard to perceive the overlapping of times, but if one looks closely enough, it is still possible to make out the different layers. For this reason, we have selected nine examples of cities that have lived through the Middle Ages and that still contain nuances of this urban planning. 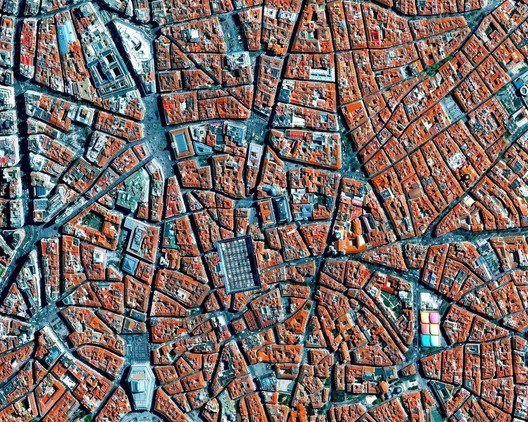