Sigmund Freud, the author of “The Interpretation of Dreams” and the founder of Psychoanalysis, once argued that, “A strong experience in the present awakens in the creative writer a memory of an earlier experience (usually belonging to his childhood) from which there now proceeds a wish which finds its fulfillment in the creative work.”

Likewise, an architect’s professional practice can reflect his/her early memories of the society they live in. The Chinese architects born in the 1980s are often known as the first generation born during the enforcement of China’s one-child policy. Growing up with memories of Chinese economic reform, this group of young architects has been trying to incorporate their impression of China into their professional practice.

Between September 28th and November 29th, OCAT Shanghai is presenting “Space Discipline: some buildings (after reform and opening up) and some architecture (after the Expo in Shanghai)”, a group exhibition which explores how the social and political environment of China has shaped the practices of Chinese young architects born in the 1980s. The exhibition draws comparisons between a typical building that is memorable to the architect, where he/she has inhabited and has had an impact on his/her everyday life, and the architectural work once he/she became an architect.

Curated by the 1980s-born architect and artist Liang Chen, “Space Discipline” invites each architect to select a crucial architectural element from the house that has greatly influenced him/her, and the building he/she later designed when becoming an architect. Building elements such as the floor, wall, ceiling, door, window, furniture is replicated for the exhibition at a scale of 1:1.

The change of family structure and the housing reform are two main factors that influenced the lifestyles of the 1980s generation. With the implementation of Deng Xiaoping’s “Economic Reform and Opening-up” that happened between 1979–1984, the family environment of the 1980s generation has changed drastically from that of their parents. Unlike their parents who were often raised up with multiple siblings, most 1980s-born kids are the only child in their family, thus they tend to build a more intimate relationship with their parents and neighbors. Meanwhile, the housing reform followed by the economic improvement has allowed the property rights of welfare houses to be transferred from work units to worker families. Housing is therefore commercialized, allowing for the construction of both private and government-subsidized private housing. Since then, individuals have gained growing control over their land.

Jin Yuan, the principal architect of MultiArchitecture, first encountered the sense of spatial boundary between the inside and the outside when he saw the barred-up windows. In the 1980s, as the Chinese government started investing in the construction of middle-rise apartments, the residents required their windows and balconies to be fitted with metal bars in an attempt to stop thieves from climbing down and stealing their valuables. Soon, the barred-up windows had become the standard protection configuration for workers’ residential units.

Jin Yuan perceives the metal grille as a spatial agency that forcefully turns the exterior scenery into fragments and then places it on a strictly ordered frame. Through this layer of metal barrier, Jin Yuan experiences a surface and a boundary at the same time. He feels safe being locked, he views scattered imagery with a gaze, he sees moving shadows with still postures. His attempt at everyday observation makes the act of “going out” so appealing.

As an architect, Jin Yuan designed an exhibition space in a guesthouse, in which he pays particular attention to the window design, from its size, the shape of the opening, to the scale of its sill. He tries to understand how the volume of the space can be distributed through the path traveled by the light. Therefore, multiple layers of volume have been stacked to generate the form of the window sill, seating, and floor. Light enters and falls on the steps. “Stacking” becomes the operational verb for this project.

First Communal Space: The Staircase in the Workers’ Dormitory

Xue Zhe, the partner and principal architect of genarchitects obtained his first experience with communal spaces from the shabby narrow concrete staircase at his grandmother’s place. Xue Zhe recalls that the design of that staircase does not meet any of today’s building codes or accessibility standards. For example, the ground-floor landing stops right at the second-floor residents’ door, leaving no clearance or privacy. The handrails are simply made of welded steel pipes. The spacing between handrails is not calculated well, thus it is easy for kids to get their heads stuck in.

The Chinese government encouraged collective living during the 1980s, thus, the workers were able to have their family living with them in the dormitory. Despite its poor design, this staircase served as a multifunctional communal space, where all neighbors in the community spent their time gathering, chatting, and sharing snacks. No one had ever complained about how inconvenient this staircase was. For kids growing up in that neighborhood, the staircase was part of their childhood.

Later, when Xue Zhe became a professional architect, he liked to use the staircase as a spatial agency to guide people towards the unknown dispersed space. In his project of a private living room in a restaurant, he uses the staircase as a turning point between the public and the private. Moreover, people will have no idea about the space ahead of them before the narrow staircase turns, which triggers their interest to explore.

Fan Jiujiang, the founder and design principal of Continuation Studio, first experienced a spatial transition between the public and the private through the porch in front of his grandmother’s dormitory for retired government officers.

The porch was part of the entrance patio. The elevation difference of two stairs made the porch a transitional space between the public and private, and the interior and the exterior. At some point, this is the in-between space where diverse public activities and domestic life intersected. In 1995, the four families which shared this dormitory had grown gradually in size, and economic gap started to emerge among the neighbors. Soon, walls were built in the yard to divide the space among the four neighbors. The porch was no longer a venue for public gatherings, instead, it became the private garden for each neighbor.

Fan Jiujiang, inspired by his childhood memories of the porch, pays more attention to the design of a transitional space while planning for his project, Dinghai Terrace House. Fan uses the transitional space to blur the visual boundary between the exterior and the interior and activate public life.

The Chinese architects born in the 1980s have witnessed a change of family structure and property ownership. They were born in an era full of societal restructuring and economic reform. Although the space these architects grew up in was not quite aesthetically pleasing, they were inspired by its spatial condition and they have been utilizing some of these spatial elements frequently in their works. In fact, to these young Chinese architects, the concept of architecture is not about being visually attractive, instead, architecture is more about the accurate perception of the spatial relation around them. This makes us question whether or not architects could be trained at a younger age, and if so, what role does contemporary architecture play in the career of an architect?

Now, in an unprecedented year full of uncertainties and global conflicts, during the lockdowns, everyone has been confined in his/her personal space. It is important for us to re-examine the space around us, to pay attention to the traces we left, and to reconsider whether or our space has been utilized in a sustainable way. What kind of spatial memories we will leave for our future generations?

Liang Chen, the curator of “Space Discipline”, commented on how people can be unconsciously influenced by the space around them:

In following quarantine policies to contain the global outbreak of the COVID-19 pandemic, the entire humanity is forced to “isolate” within architectural spaces for a long time, a duration unprecedented in modern society, and the boundary demarcated by architecture has been enforced. 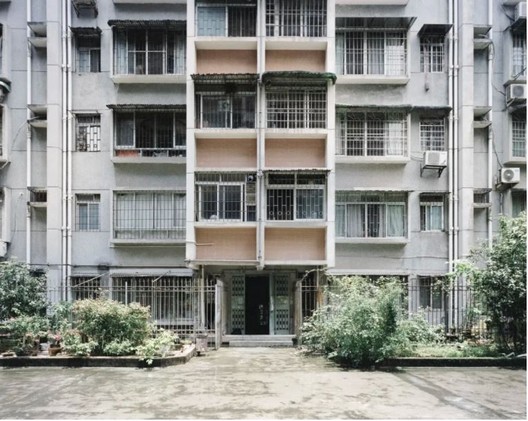