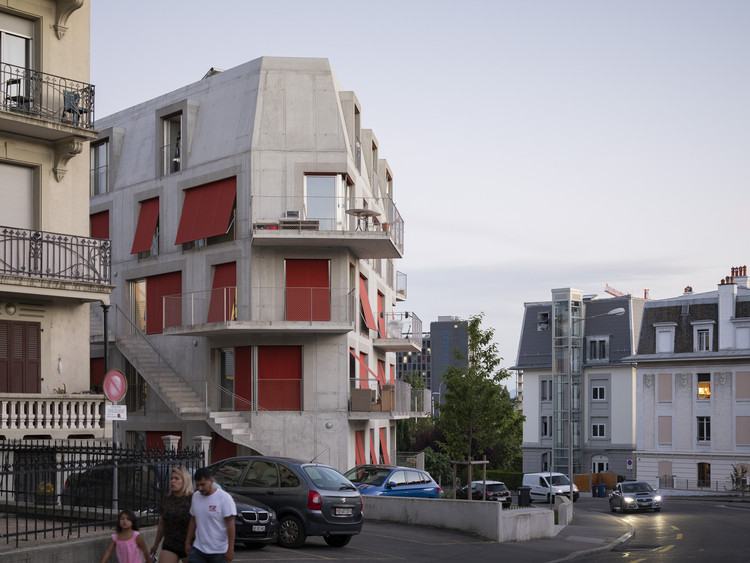 Text description provided by the architects. Immeuble Verdeaux is a housing building located on a very specific plot, whose triangular shape allowed very few possibilities to be inhabited. By pushing the vertical circulation out of the envelope of the building, the surface is maximized on each floor. The typology plays then a double game, with on one hand clear-shaped night spaces and on the other hand a daily space evolving in a row with pinching and dilating effects.

The particularly constraining status of the plot generates the shape of the building, a triangle-rectangle with two truncated corners. Within the external matrix, the internal spatiality evokes the “fractal” by proposing an orthogonal geometry of the spaces of the rooms. At the meeting of these two figures, an interstitial counter-form emerges which colonises the day spaces (entrance, kitchen, dining room, living room, office) and organises them in a row by pinching and dilating effects.

In order to maximise the rental surface area on a small plot of land, the stairs are arranged on the facade. This extraction of circulation areas outside the built volume allows an optimisation of the typology of the flats by grouping the service areas (lift, bathrooms, kitchen) around a minimal central core. On the façade, the staggered arrangement of the balconies guarantees the integration of the three flights of stairs while reinforcing the collective identity of the building and encouraging interaction between residents. 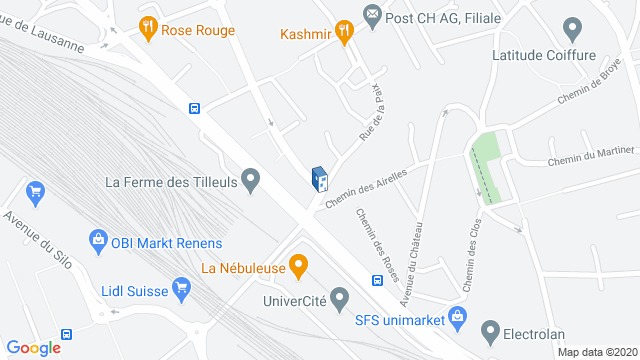 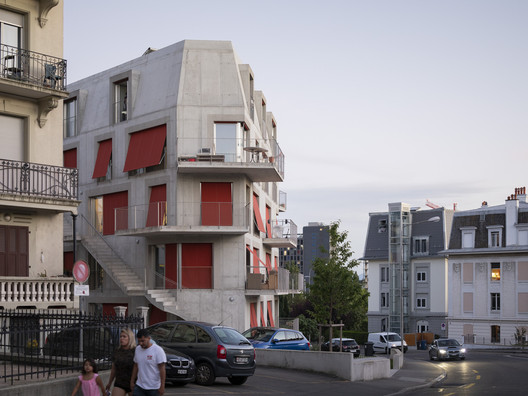