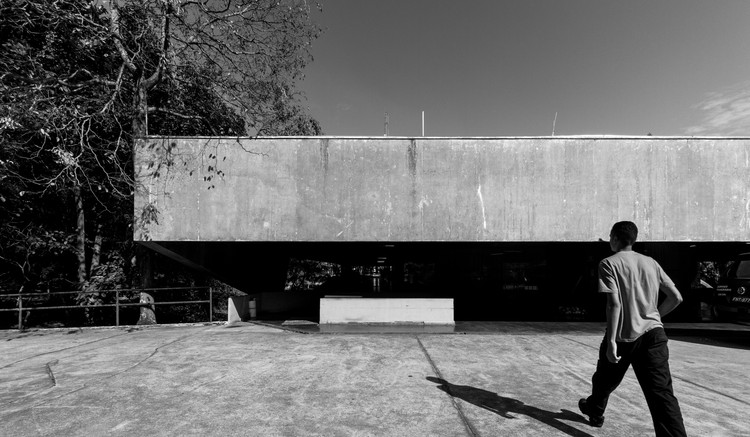 The Jayme Augusto Lopes Crematorium, popularly known as Crematorium of Vila Alpina, is located in Jardim Avelino, on the east side of the city of São Paulo. It was designed by architect Ivone Macedo Arantes - at the time an employee of the Cemetery Department of the City of São Paulo - and was inaugurated in 1974. It is considered to be the first crematorium in Brazil and Latin America and one of the largest in the world.

The design is devoted to the final moments of mourning of the family and close members of the deceased, using architecture to create a perfect space for ceremonies, in a cross between theater and chapel. It is located in the middle of a wooded park, which isn't typical for cemeteries, and thus resembling more of a space for enjoyment.

The building was constructed using exposed reinforced concrete with only a few supports and has a very geometric design that echoes the works of modern Brazilian architecture, especially those of modern architect Vilanova Artigas. It is a very horizontal building with large exposed concrete longitudinal beams cast on-site that touch the ground gently on V-shaped pillars. Smaller transverse beams connect to the longitudinal beams and provide structure to the roof. The functional program on the ground floor is totally independent of the structure, adopting many different configurations. Two underground levels comprise the technical areas, spaces for employees, maintenance, and two cremation furnaces.

Inside the ecumenical chamber, concrete bleachers are arranged in a circle around the coffin which is initially placed on an elevator located on the lower floor then lifted into the ceremony hall, symbolizing the ascension of the soul to the heavens. In this room, the ceremony takes about 15 minutes and includes sound and video systems, allowing musical backgrounds and real-time image sharing via the internet.

After the farewell ritual, the body descends back to the lower floor of the building,  where the cold chambers and cremators are located. The body returns to the chamber and is kept there for a period of 24 to 84 hours until cremation due to religious dogmas or legal requirements. This space has two furnaces that can perform about 25 cremations per day and approximately 750 cremations per month.

Such facilities are still unusual in Brazil, but it is expected that more of these buildings and spaces dedicated to the end of life will be erected in the future since the extensive burial areas have become increasingly scarce, having already resulted in the concept of vertical cemeteries, for example. The building displays a level of sensitivity rarely found in projects of this type in Brazil. It is a place for reflection, remembering, and saying goodbye. It is carefully situated among the greenery creating a microcosmos of peace and respect for those who have passed away. 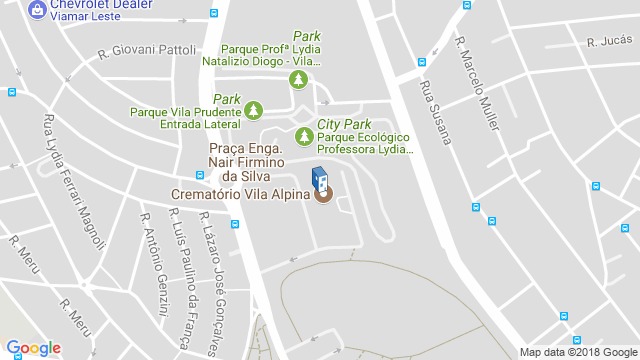 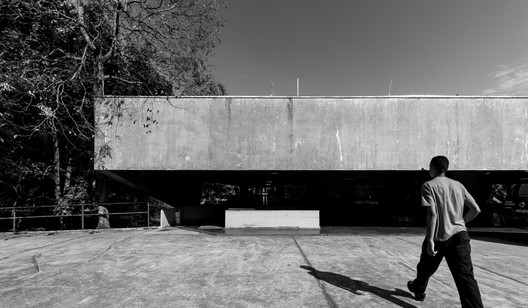