The tiny home trend has been hard to ignore over the last several years. There's an increasingly saturated market of TV shows and Pinterest pictures dedicated to the topic of exploring micro-dwellings where your home is reduced to the size of a walk-in closet and each room takes on a triple-duty programmatic role has only increased its popularity. What looks enticing on reality TV is often much less desirable in real life, and as people continue to long for a lifestyle that frees them of material goods and the ability to travel, what does this mean for the actuality of tiny home construction? Is it just a wanderlust fantasy that no one actually lives and was there ever any promise to its realization in the mainstream world?

The tiny home trend generated a surge of interest after economic trends continued to show that rent and mortgages around the world are skyrocketing and consuming a large proportion of income and that quality housing availabilities are dwindling. In parallel, the once common dream of homeownership is not only difficult to attain but is less desirable as younger generations want flexibility instead of a 30-year commitment to a mortgage. While the idea is that small living can offer more freedom, flexibility, and an emphasis on experiences over personal items, this lifestyle only attracts a certain niche of the population, who data shows isn’t actually capitalizing on it, and isn’t taking on the nomadic and minimalist lifestyle en masse.

Just as inspiring as it sounds, the phenomenon of “tiny home regret” is also a rising trend. Trulia, an online real estate database, polled more than 2,000 U.S. homeowners on their own home experiences, with over a third saying they wish they opted in for a large home and only nine percent who wish they had downsized.

Fill in the Gaps: Infill Architecture in Urban Residual Spaces

Tiny homes are also not cheap to build- in fact, in the United States, tiny homes often cost more per square foot than standard-size homes, in part because larger construction jobs more efficiently use resources. The average 2,000-square foot home costs only $150 per square foot to build, according to HomeAdvisor, whereas tiny homes constructed by one of the most popular builders in America, Tumbleweed Tiny House Company, typically cost more than double that per square foot.

Another pro-tiny home argument is that it allows you to travel and pick up your home and take it with you. While bringing all of your personal belongings and the consistent comfort of your own space sounds ideal, traveling with your home is more difficult than it actually sounds. Most cities don’t allow tiny homes on wheels to be parked in residential yards or used as permanent residences without designated permits which can sometimes be difficult and expensive to obtain. These legal grey areas are common for micro-living and often cause more hassle than straightforward laws about traditional residences.

Tiny homes will surely continue to be glamorized. It’s hard not to turn on HGTV, or even Netflix, and binge-watch an entire series on this inspirational way of living. But who is right for this lifestyle? Not someone who lives in a city, and not someone who wants a relatively comfortable amount of space to live. The idea is great and it’s easy to understand why people fantasize about it, but reality shows that tiny homes come with big issues.

Editor's Note: This article was originally published on September 13, 2020. 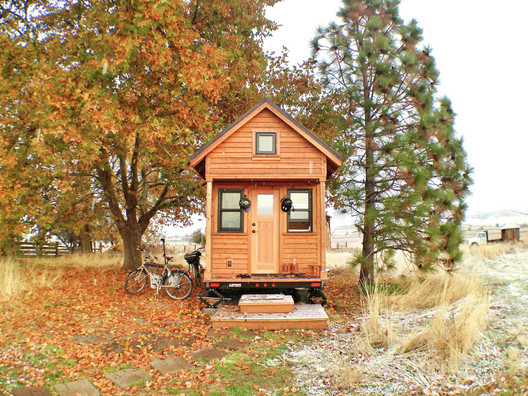