Save
A Tale of Two Buildings: The Argument Behind Preservation and Reuse
Share
Or
Copy

In the 20th Century, New York City became an epicenter of newly constructed buildings that quickly gained an iconic status. While they greatly influenced new ways that we think about aesthetics and space, many of them met their demise less than 60 years after their commissioning. It seems that in the modern age of mass development, and where a wrecking ball symbolizes progress forward, no building is safe. The tenacity to tear down even these structures deemed to be culturally significant speaks to how architects are quick to dismiss ideas about how long we plan for buildings to live and how we decide when its time for them to come down.

270 Park Avenue, once hailed by Ada Louise Huxtable as one of the city’s contributions to a “dramatic revolution in architectural design,” was completed in 1961 by SOM. In an important moment for women in design, it was the first midcentury corporate building to be completed by a woman, Natalie de Bois, who was named as project architect. The former Union Carbide building is also considered a modernist icon that drew inspiration from (and arguably perfected) Mies’ nearby Seagram building.

In early 2018, details around the plans for its demolition emerged when J.P. Morgan Chase publicly announced that the 707- foot tower would be dismantled to make way for a new headquarters to be designed by Foster + Partners. Its demolition would be the tallest building ever conventionally demolished, as well as the first one more than 200 meters tall. When the plan to raze it was announced, the public appealed in a letter to the New York Historic Districts Council but based on failure to be landmarked at its previous nomination in 2013, the request fell on deaf ears and 270 Park Avenue is expected to come down in early 2021. Along with this, there was also little reasoning why the functioning headquarters would be demolished just to simply be immediately replaced, especially considering all of the other new development around the city.

Only a few blocks away, Philip Johnson’s 550 Madison Avenue has faced a much more tumultuous and drama-filled history when even its lobby renovation was being considered in 2017. When Snøhetta released renders for a proposed redesign, it was met head-on by public detest, and a call to scrap the idea completely. New Yorkers felt so impassioned by the possibility of the project, they held protests outside of it, boasting signs that read. “PoMo power!” “Save the Stone!” and #SaveATT!”, among others. Robert Stern himself even showed up to a demonstration, showing his support by boasting a small white model of the world’s first postmodern skyscraper. The building’s facade has now gained landmark status and a newer design has been approved by both the Manhattan Community Board and the very ardent public opinion.

In their own right, and in their own style, 270 Park Avenue and 550 Madison Avenue both embody their respective architectural zeitgeists and successfully stamped themselves as iconic buildings of New York City. So why will one be torn down without much opposition and the other is so heavily guarded? And what does this mean about how we place value on the buildings, and decide when their lifespans have appropriately expired?

Architecture in the built environment is perhaps the most enduring and expressive of all of the types of material culture to represent ideological shifts in society. As a medium, architecture has a language of its own. The design elements invoke various historical allusions, ideological connotations, and technological advancements. The buildings designed by our most lauded architects raise the question about the cultural ethic of demolishing them in favor of larger, more modern, more technologically advanced, and more green structures, rather than preserving the ones that exist.

However, there has been a slow-moving shift away from acting quickly to tear down buildings altogether as architects are also seen as environmental stewards and champions of sustainability. In this movement, there is an opportunity for designers to change the discourse around the way that buildings are designed so that they can become more adaptable in the future, and not just serve as a single-use only to be demolished in fifty years.

Right now, the only way to save buildings from the wrecking ball is to fight through the arduous process of deeming them to be a historical landmark, which as seen through the histories of 270 Park Avenue and 550 Madison Avenue, doesn’t always mean full protection— and if a building is not deemed historic, that is often used as an argument for why it should be torn down. Even the vernacular of our society, that wasn’t designed by famous architects, could perhaps be better served by a refresh and not a complete demolition. What makes one building more important than another? This open-ended question is rather lofty, but the more we can define that today, the better we can build for a lasting tomorrow. 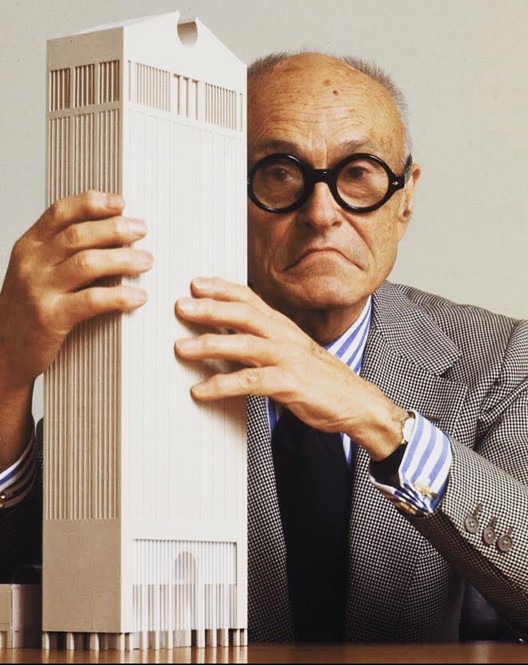