The building, identifiable by its black metal and silver rib facade, sits above the Metro-North railway, and is notable for its second floor lobby and large urban plaza. The building underwent one of the largest office renovations in history in 2012, when it was brought up to LEED-Platinum standards.

But Chase claims that the location is no longer large enough to house their growing workforce, and that in current conditions, 6,000 employees are housed in a building only intended for 3,500. The new building would be reach as tall as 70 stories and would provide an addition 1 million square feet of space, improving company efficiency and allowing for future growth.

Despite being held in high regard by the architecture community, 270 Park was passed up for landmark status in a review of the district prior to the rezoning that saw 12 other buildings in the area added to the list. The neighborhood now contains 50 landmarked structures, including the Seagram Building.

If plans are to go forward, demolition could begin as early as next year, with completion anticipated for 2023. 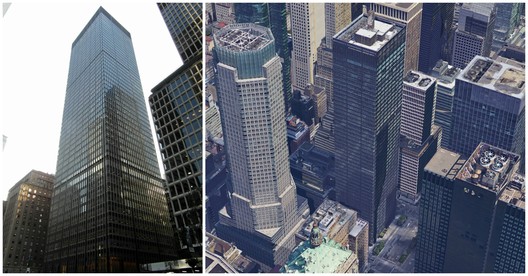