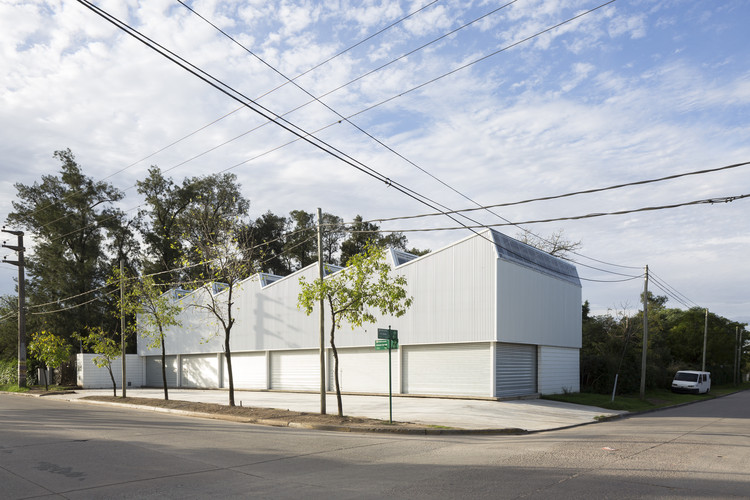 Text description provided by the architects. The building is located in the Buenos Aires suburbs, in the town of Montegrande within the Esteban Echeverría district. It is a low-scale residential neighborhood that coexists with an old industrial and tannery sector and has become a logistics hub for distribution and storage.

The construction is situated on an access avenue that connects the highway from the center of the city of Buenos Aires with the Montegrande commercial center. As soon as you go down the highway you will find large industrial warehouses that set the tone for the materiality and development of the project.

The building is separated from the official line, forming a broad urban front that is linked to the front with a small existing plaza, generating a widening of sidewalks and opens the corner to the city. This surface can be used as parking or expansion for the units.

The main idea of ​​the project was the creation of a single flexible warehouse, subdivided, if necessary, into up to six units. This double height space, allows a future surface grow through the construction of mezzanines.

A structural module, adjusted to the possible divisions, was used to allow these programmatic movements and to speed up the construction process. The metallic cover accompanies these partitions to guarantee indirect overhead light and ventilation in each of the premises. The skylights are facing south to provide dim, but natural, illumination on the work surface.

The module allowed designing a grid that supports the idea of ​​efficiency on site and economy of resources by means of an accurate computation of materials, standard measures and the possibility of working with pre-assembled materials that facilitate work on site, avoiding the emission of volatile material and waste on site.

The sanitary core and stairs are located longitudinally, freeing up as much surface as possible for commercial use.

The white color was chosen as the architectural base to give the project a neutral character, giving users the possibility of appropriating the space easily with the contrast of equipment, signage and other products. 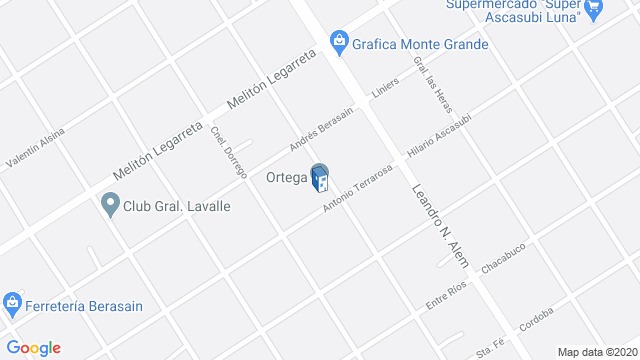